In that great Western year of 1953, when audiences were marveling to splendid examples of the genre such as Hondo, The Naked Spur and Shane, the humbler (but still fun) oater continued unabated, and in great numbers. Such a one was the Edward Small production of a George Montgomery picture, Gun Belt. 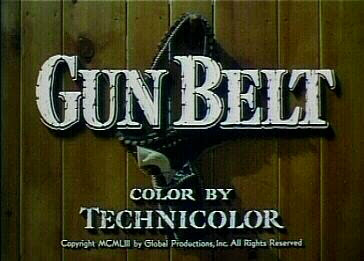 It was directed at a rattling pace by good old Ray Nazarro, who helmed dozens and dozens of B-Westerns from Ken Curtis and Charles Starrett oaters in the mid-40s to the TV series Fury with Peter Graves in 1960, with, in between, any number of good, solid B-Westerns such as Kansas Pacific, Southwest Passage, The Black Dakotas and several George Montgomery ones: The Lone Gun, Cripple Creek and Indian Uprising. So I’m a bit of a Nazarro fan. 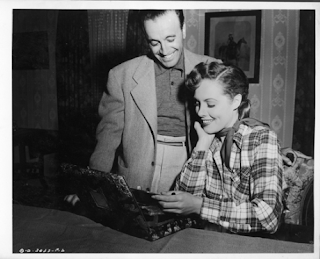 The screenplay was by Jack DeWitt (Canadian Pacific, Sitting Bull) and Richard Schayer (Arizona Raiders, Top Gun, the ’51 George Montgomery The Texas Rangers), from a story by Arthur E Orloff, who worked on Rex Allen and Allan Lane oaters. The script hovers on the edge of corny but doesn’t quite tip over. The actors give it enough gusto that it works.

Another good thing: it’s a Ringo tale. For more on the redolence of the Ringo name in our beloved genre, click here.

And Gun Belt had a top-notch cast back George up. It opens with Matt Ringo going over the wall at the Territorial Prison, and it’s John Dehner. Excellent. Furthermore, Douglas Kennedy and Jack Elam are henchmen waiting for him with a horse. OK, Joe Haworth, not quite such Western royalty, is with them but still, he was Wallace Ford’s brother-in-law. 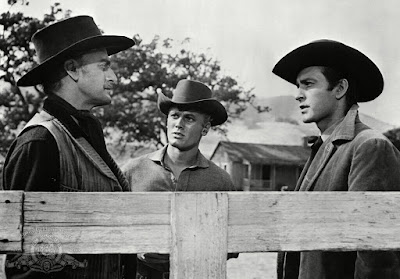 Now Matt is a mean hombre, and his brother Billy used to be a lightning-fast gunslinger on the shady side of the law as well, but it’s George, and he’s now going straight, trying to make a go of a ranch and raising his nephew Chip, Matt’s son, in the straight and narrow (i.e. no guns). Chip is played by Tab Hunter, not my very favorite Western actor but he was OK, I guess.  He was memorable for me in They Came to Cordura, Track of the Cat, The Burning Hills and Gunman’s Walk.

Billy is engaged to a beauteous if rather bourgeoise Tombstone milliner, Arlene (Helen Westcott, Peggy in The Gunfighter, also to be seen in The Secret of Convict Lake and Day of the Outlaw, among other Westerns). She is backing him up 100% on the going-straight business. 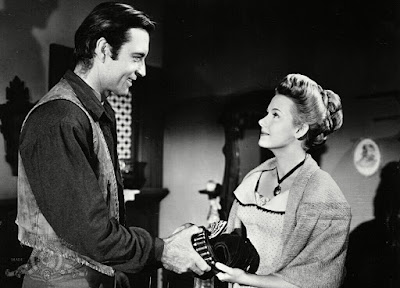 She gives him back his guns

Marshal of Tombstone is Wyatt Earp, so that’s good too, and it’s our old pal James Millican. He was Earpish in Dawn at Socorro as well, wasn't he. Virgil’s there also, as Wyatt’s deputy/dogsbody. That often happened in movie Westerns. Here’s a quirky Western factoid for you: Virgil is played by Bruce Cowling, who the following year was Wyatt Earp to Montgomery’s Bat Masterson in Masterson of Kansas. Fascinating, huh. I knew you’d be intrigued.

The local louts are bossed by ‘Ike Clinton’ (only the names have been changed to protect the guilty) and he is portrayed by another Western fan’s friend, William Bishop, clearly enjoying himself as the bad guy. He has to be doubly bad because Dehner is sadly written out at the end of the first reel, killed by his brother while they were grappling for a Colt. RIP. 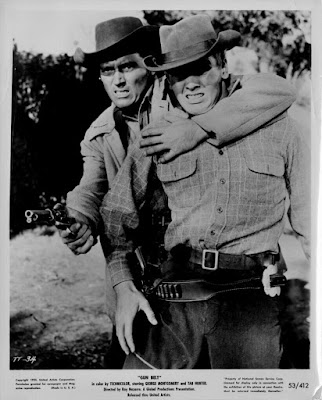 There’s also a crooked town boss, owner of a saloon (they were de rigueur, really) and it’s Hugh Sanders. He is planning a big heist, robbing a Wells, Fargo cash shipment coming in. As is highly appropriate, he has a derringer. Ike takes it away from him saying that he “never liked baby rattlers.” Excellent.

Willis Bouchey is the bank manager. Stuntmen Chuck Roberson and a brace of Boyds, Boyd Stockman and Boyd 'Red' Morgan, are Ike’s henchmen. You’ve got Lane Chandler, Syd Saylor and Rex Lease as townsmen. See? I told you it was a good cast. 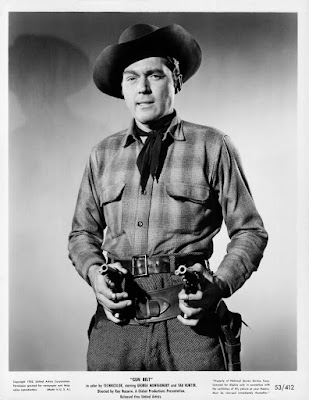 It was shot in Technicolor, so no expense spared. Well, a bit. The locations are classic Iverson Ranch ones. W Howard Greene was the DP, not the greatest of Western cinematographers but he did do The Violent Men and I do remember some splendid shots of running horses in that one – don’t know it they were Greene’s work. The modern print is good quality.

The plot’s complex but not enough to lose you. There’s the classic moment when George straps back on the guns he had hung up. He’s gonna get that gang, you see. There’s a good bit when Ike double-crosses Frazer and says Frazer can have all the “gold, silver … and lead!” and shoots him. In fact double-crosses proliferate and by the end pretty well everyone has double-crossed everyone else. Except maybe the milliner. There are also chases, gunfights in the rocks, galloping posses and mucho rootin’, tootin’ and shootin’. A satisfactory time will be had by all. 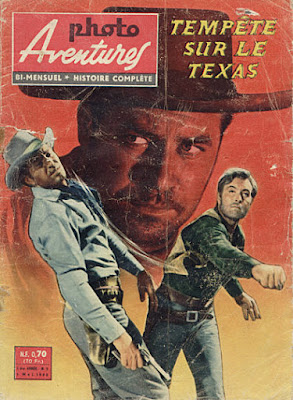 First class entertainment, e-pards, all in all.

It was remade in 1960 as Five Guns to Tombstone, produced by Robert E Kent, but that was a pale imitation, in black & white, with looser direction (Edward L Cahn) and a weaker cast, though Willis Bouchey, Joe Haworth and the Boyds returned. Take my tip, stick with the original.

I was probably a bit generous with the revolvers on Gun Belt but it was the cast, and the gusto. 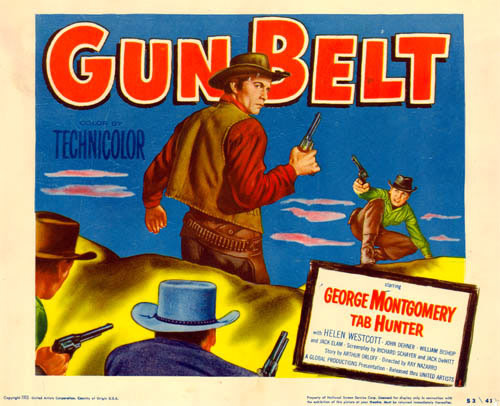