“Each generation remakes the Western in its own image.” (J Arnold – I just made it up). Lucky that they still make Westerns at all, of course. But it is true that 1950s Western movies were more reflective of the mores of that decade than they were of those of the 1870s and 80s. Mid-twentieth century values and proprieties were the standard. So too now. Recent Westerns give more prominence to African-American characters, usually making them the goodies, and women play a far more leading role. They wear pants and ride astride, they talk tough and use guns. There was a time when women in Westerns were virginal schoolma’ams, sturdy farmer’s wives or racy saloon gals. That was the only choice. Not these days. Now they are gunslingers or bounty hunters, or bent on revenge. Think of Sharon Stone in The Quick and the Dead, or those Bandidas, or Rosamund Pike in Hostiles or Natalie Portman in Jane Got a Gun, or many other 1990s and 2000s female leads. There were always women with guns before but they were amusing or odd or deliberate role-reversals, chirpy Calamity Jane-type figures-of-fun or gunbelted Vienna in Johnny Guitar or cattle baronesses like Jessica Drummond in Forty Guns or Stanwyck again as Martha Wilkison in The Violent Men. Now they want to be more macho than the men. O tempora, o mores, one might be tempted to remark, if one were fond of classical clichés. 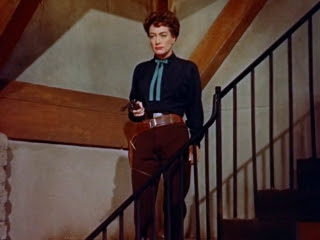 Not so long ago, if an evil outlaw after the Civil War killed a farming family, stole its horses and burned the house down, the surviving son would have grown up and hunted the villains down one by one. Now it’s just the same story but in this Canadian picture of 2012 it’s a young girl who grows up and does that. Hannah (Canadian Sara Canning) becomes a bounty hunter and, out of Dodge City, captures badmen and brings them in – alive. Her greatest friend is an African-American stage driver called Stagecoach Mary (unCanadian Kimberly Elise) who also wears man’s attire and is pretty damn handy with a sawn-off. 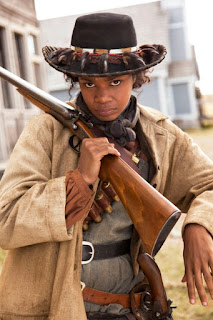 Hannah doesn’t really have time for dalliance but she does rather like the handsome young deputy, Wyatt Earp (Canadian Greyston Holt), and she also, in a more cynical way, consorts with Doc Holliday (compatriot Ryan Kennedy). It’s 1878 now. There’s no sign of any other Earps, and there’s a fat and anonymous city marshal, with Wyatt as his only deputy. So Hannah’s Law adds to the already very long list of screen Wyatts and screen Docs, with equal insouciance as regards the historical facts. Actually, I thought Kennedy as Holliday rather good, and the scene where he deliberately loses to an uncouth card player was well handled. 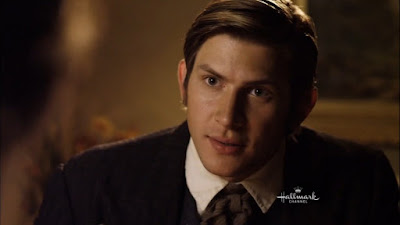 Dodge City is remarkably unrealistic, though no more so, I suppose, than countless B-Western Dodges of yore. It’s pretty, however, with Calgary trees under spacious Alberta skies. 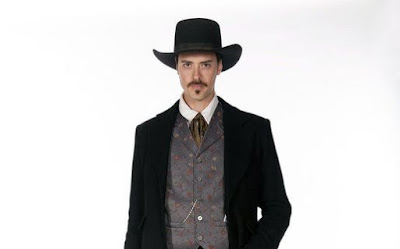 The arch bad guy, McMurphy (John Pyper-Ferguson, an Australian who had a small part in Unforgiven, also filmed in Calgary) is cruel and pitiless and ruthless, so obviously deserves the rough justice that is undoubtedly coming his way. He learns that Hannah is gunning for him and his gang, though he doesn’t yet know why (that will be vouchsafed unto him in the final showdown). He hires another bounty hunter, this one with more of a propensity for ignoring the ...or alive part on the wanted posters, Zechariah Stitch (Brendan Fletcher, yet another Canadian) to smoke out Hannah, which he does quite efficiently. 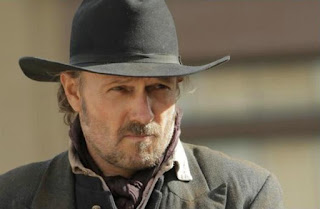 Just as the bad guys are improbably bad, so too our heroine is too much a goodie. She gives her bounties to the Dodge home for orphans and is superhumanly competent at decimating the outlaws. But then why shouldn’t she? She’s no more omnipotent and good at slaughtering than, say, Clint in Pale Rider. The last-reel scene where the bandits ride into Dodge and there is Hannah standing alone at the far end of Main Street with her carbine in her hand is as emblematic of the old male Western as any image you’ll see. 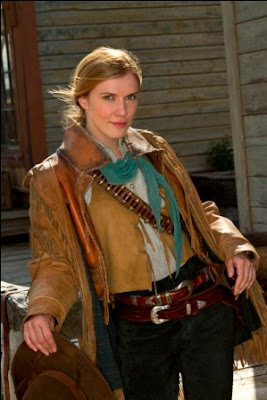 They got a couple of ‘names’ in the cast. Billy Zane is the crooked cattle-baron/town boss Lockwood and Danny Glover is Isom Dart, the man who raised orphan Hannah and taught her how to bounty hunt. You may remember Mr. Zane as one of Biff Tannen’s thugs in Back to the Future I & II, maybe, or as John Justice Wheeler in Twin Peaks but I think of him more as the crazed Col. Graham in the rather dire Van Peebles clan’s Posse and in The Man Who Came Back (2008), a picture in some ways similar to Hannah’s Law, at least in the one-person vigilante revenge theme. As for Mr. Glover, he needs no introduction but Western lovers will definitely be reminded of Mal in Silverado and especially of Deets. In Hannah’s Law he goes for the Glover I’m too old for this approach, though, sadly, doesn’t actually say it. 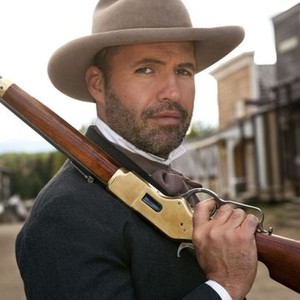 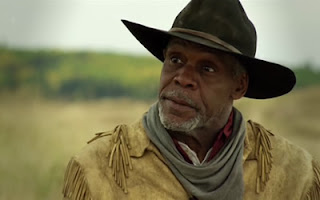 Hannah comes out with the famous line, “I have to do this alone,” declining all help, though we viewers are 99% certain that Stagecoach Mary (who seems to have a repeater shotgun), Wyatt, Doc and Isom Dart will all be around to back her up when push inevitably comes to shove, and we are not disappointed.

Some of the other dialogue (by John Fasano, who wrote The Legend of Butch and Sundance for TV, and indeed this one smacks a little of Wyatt and Doc, the early years) is anachronistic, such as when Hannah asks, “What part of ‘alive’ don’t you understand?” But once again (see first para) these movies are more reflective of today than 1878.

The look of the picture isn’t too convincing either. As reader Mike Richards perceptively said in a comment on another recent Wyatt picture, Wyatt Earp’s Revenge, it’s like watching a re-enactment in an historical Western town. The characters are all obviously wearing costumes. 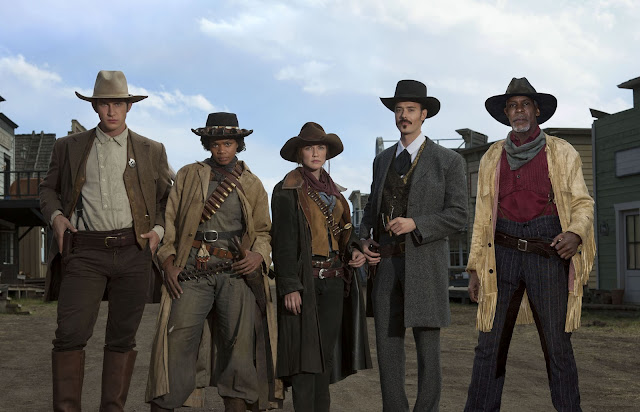 The film was directed by Rachel Talalay, her only Western. She staged the shoot-out well, I thought. 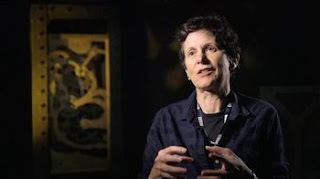 Villain Murphy does finally try to get Hannah with a typically sneaky boot derringer, so that sent the picture up in my estimation, but sadly we were not allowed to see it. There’s a plot-twist at the end which sets up a possible sequel.

I didn’t mind it. It’s not bad. Zane and Glover were good and so was the actor playing Doc. It’s standard fare, but then what’s wrong with that?