Buck Jones saves the day and gets the girl - again

Back to Buck. Black Aces was one of the later oaters he made for Universal. Honestly, it’s a pretty standard skullduggery-Western with a formulaic plot, 59 minutes of low-budget black & white, but Buck Jones (he had dropped the ‘Charles’ by now) was charming, with his dry sense of humor and his winning ways, and these pictures were enormously popular. He was still playing young heroes, and one character refers to him as “that young fellow Ted”, and as he was at the time nearer fifty than forty, that was a bit of a stretch, but hey, who’s counting? 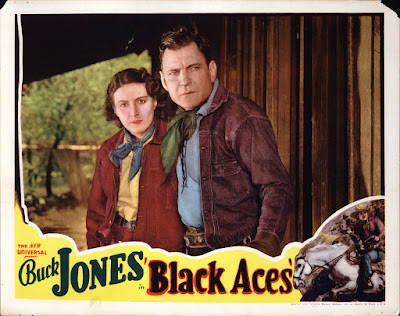 The aces of the title are the playing cards given out as a death threat to local farmers by a heinous gang led by crooked saloon owner Len Stoddard (Fred MacKaye, a regular heavy in Ken Maynard Westerns, before Ken and Universal came to a parting of the ways). There is a mysterious Mr. Big who is Stoddard’s boss but we know that the i/d of that person will not be revealed until the last reel. Actually, I guessed who it was in the first reel, but there we are. 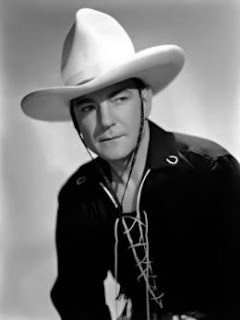 Many of the locals take these sinister warnings seriously and are timorously afraid, though happy-go-lucky Ted Ames (Buck) has no time for such superstitious nonsense. One rancher, though, Henry Kline (Raymond Brown, half a dozen Westerns to his credit), gets a loan of $10,000 from the bank in order to pay off the crooks, and is duly relieved of it.

In Stoddard’s saloon in the town of Sweetwater (one of the most popular names for Western burgs), Ted asks the barman for sarsaparilla. Though Prohibition had ended in 1933, mid-30s heroes, at least in juvenile Westerns, were generally teetotal. But there were no such embargoes on gambling and Ted gets into a game of stud poker. When he loses his ranch to Stoddard (the deal was probably rigged) and is also accused of the death of Stoddard’s brother Jake (Barney Phillips in his debut) he determines to bring the baddies to book. 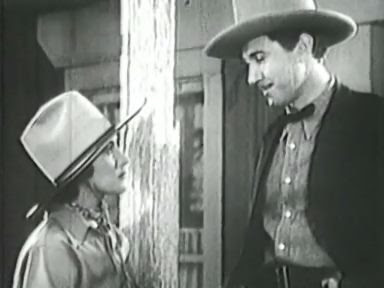 Crook MacKaye fancies the fair Linaker but she prefers Buck

He has little left to lose. His girl has already left him. Sandy (Kay Linaker, in her only lead role in a Western) has dumped him because of his fecklessness, huffily refusing the fine palomino Apache that Ted has used all his worldly wealth to buy for her. Of course we can tell she really loves him. But Ted is not in a happy state.

Kay is angry with Buck but really loves him

But it all comes right in the end. There is mucho galloping and there are chases, fistfights and six-shooters blazing, all in proper fashion. Silver saves the day again, once more going for help and getting a posse of goodies to follow him back to Buck. All good stuff.

Actually, the picture was directed by our old pal Lesley Selander, but he isn’t mentioned in the credits because he and Buck fell out. Jones is credited as both producer and director. Les had helmed six Buck Jones Westerns but something didn’t go well on this one and he would spend his time on Hopalong Cassidy oaters thenceforth.

Les directed but got no credit

The casus belli seems to have been female lead Linaker. There’s a scene (actually rather brief and unnoticeable in the picture) in which she has to cross a perilously swinging rope bridge. Reader of this blog Walter S, in a comment on another Buck Jones picture, tells us that in an interview Linaker said, "I actually crossed the Kern River on the old swing bridge. No one told me the weight of my body forced the boards to rise to meet my feet with each step. With the wind swinging the bridge from side to side, looking down at the Kern River forty feet below boiling over the rocks, holding my hat on my head (I had just taken it from one of the ‘heavies’ and it had no chin strap) and hanging onto the handhold cable—it was the longest block and a half I ever walked.

“Buck Jones was furious with the director, Les Selander. As a matter of fact, if I’m not mistaken, Les’s credit does not appear on the crawl. The stunt girl, Aline Goodwin, was furious. She was done out of a fat fee and felt it absolutely cruel to put me through such trauma. I heartily agreed—but the scene is effective. Buck Jones was one of God’s good gentlemen and an honor to the motion picture business.” 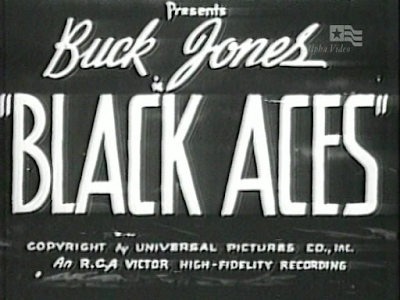