A pilot that didn't make it

In 1964 Don Siegel directed a listless and frankly dull (non-Western) picture said to be only the second ever TV movie, titled The Hanged Man. It was a remake of a 1947 Robert Montgomery noir Ride the Pink Horse, which was considerably better. In 1975 Colin Blakely starred in a British TV mini-series also named The Hanged Man about a businessman who decides to stay dead. In 2007 a video The Hanged Man told a tale of six social misfits who meet on-line, and agree to gather in an abandoned barn to commit group suicide. In 2008 there was yet another The Hanged Man, apparently “A story of a passionate sentimental initiation out of the ordinary; with a crime story and suspects, and two young characters.” So says IMDb. You see, it was a popular title. 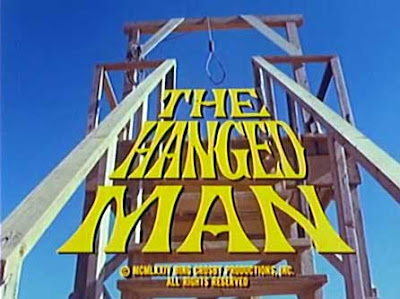 The curious thing about the 1974 The Hanged Man, though, is that while it has a different plot than the Siegel one, and is transposed from the world of corrupt labor union politics to 1878 New Mexico, so is a Western, the name of the hanged man in question is the same – Devlin. The ’74 one was a TV pilot made by Andrew J Fenady Productions and Bing Crosby Productions, starring Steve Forrest. It was not, however, taken up as a series and Forrest went on to do S.W.A.T. on ABC instead. 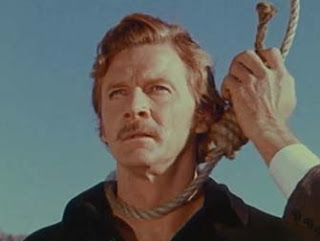 Not a good day

It opens with the hanging. Devlin’s defense attorney (Dean Jagger) thinks he was innocent but Devlin’s rep as a notorious gunfighter did for him with the jury, who sentenced him to death. The lawyer also represents a widow, Mrs. Gault (Sharon Acker) whose husband died in a mysterious accident at their mine. She expresses quite liberal anti-death penalty opinions, suggesting that there is some good in the worst of men and that dies with them on the scaffold. But the townsfolk - especially one gloating fat drunk - don’t agree and turn out in force to enjoy the public execution. 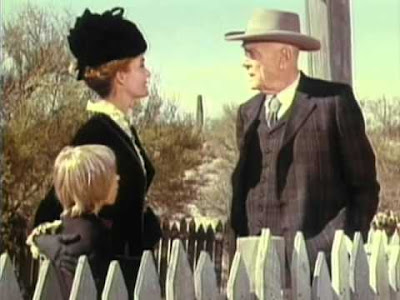 The condemned man receives a visit from his girlfriend Soledad (Barbara Luna) and a sympathetic young priest Fr. Alvaro (Rafael Campos) but neither consoles him much. He has no formal religious faith and indeed prefers cartomancy, explaining the tarot cards to the priest, including the card of Le Pendu, the Hanged Man.

Judge Ray Teal presides over the ceremony the following morning. It was his final performance (he died the following year) and it was entirely fitting that this great Western character actor should go out with an oater. It was the last of an astonishing 278 Western appearances of every kind, big-screen and small, starting with Zorro Rides Again in 1937. He looks just the same. 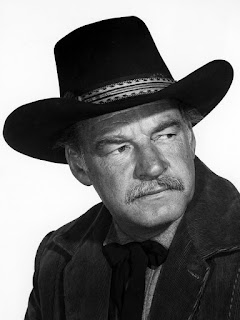 Farewell, Ray, and thanks

Well, Devlin’s hanged alright, and pronounced dead by the doc (Bill Bryant), a death certificate is written, and the corpse is laid out in a room where Soledad and Fr. Alvaro pray for the soul of the departed. A bit premature, that, though, because he lives! How did he survive? Was it a miracle, as the priest believes, or the devil’s work as Soledad inclines to think, or plain incompetence by the hangman (Bill Catching) – that’s what the judge reckons - or was the doc so drunk that he didn’t spot the fellow was still alive? It’s left open, with just the hint of the supernatural to tease us.

Well, the plot now morphs into the good old one about the ruthless rancher who wants the whole valley – or in this variant the ruthless smelter who wants all the mines. The widow and her young son arrive back at their mine to find it under attack by six gunmen who burn, loot and apparently abuse the old-time factotum (Will Geer, no less, then aged 73), though exactly how they abused him is (luckily) not stated, just darkly hinted at. Later the ruthless smelter turns up, all charming and solicitous of the widow’s welfare, and it is none other than our old pal Cameron Mitchell. So, Jagger, Teal, Geer, Mitchell – it’s a pretty good line up. You get the feeling that had the series seen the light of day, Western character actor guest stars would have proliferated. 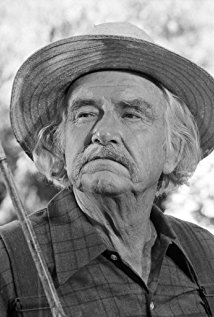 However, when Cameron turns up, gunman Devlin is there. He seems to have gone back to his old trade. He saves the young son from a rattler bite so the kid’s mom is on his side. She doesn’t know yet that this is a hanged man. Devlin wears one of Soledad’s scarves around his neck to hide the scar. But then he shows her the mark and declares that he is going after the ruthless smelter.

Said ruthless smelter has henchmen, obviously – they were de rigueur. One of them is known as Billy Irons (Brendon Boone) and he used to ride with King Fisher in Texas. He’s rather a dandy, all decked out in dude duds. He’s especially vicious. He will of course (no spoiler here) meet his doom from Devlin’s Colt come the showdown.

There’s a good bit where Devlin threatens Cameron while the latter is bathing (and smoking and drinking). Devlin scares the living daylights out of the thuggish businessman with his ice-cold skin and equally icy demeanor. Is he alive? Is he dead? Cameron shudders and calls off the attack he had ordered on the mine. But it’s too late! Billy Irons and the gunmen are already at it, and this time Will Geer is fatally hurt. Now Devlin will exact revenge… 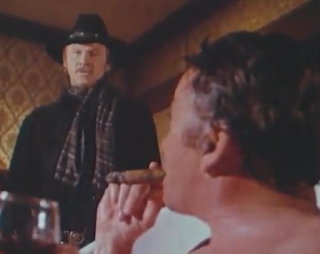 The final shoot-out is rather spectacular actually, with Devlin driving a wagon like a tank, with wooden defenses in front, straw bales at the side and loads of dynamite within. Cameron comes to a sticky end, appropriately smelted.

His work done, Devlin rides off for a new adventure, setting up the series with a lawman following him, but the lawman need not have bothered for after the ABC screening of the pilot, the series was not to be.

Yes, it’s all pretty lightweight, I guess, but you know I found it rather enjoyable. And it’s worth a view for Jagger, Teal, Geer and (especially) Mitchell.