OK, yes, I know that Cisco Kid movies are a dime a dozen. And they all have the same plot too. But I can’t help it, I still like them.

Cisco has a fascinating history. He first appeared in 1907 as the central character (one could hardly say hero) of a short story by William Sydney Porter (1862 – 1910) whose nom de plume was O Henry (below). The 4600-word story had been just one (the eleventh of nineteen) in Heart of the West. It is in the public domain and available to read free here if you wish. The opening words are:

The Cisco Kid had killed six men in more or less fair scrimmages, had murdered twice as many (mostly Mexicans), and had winged a larger number whom he modestly forbore to count. Therefore a woman loved him.

He killed for the love of it--because he was quick-tempered--to avoid arrest--for his own amusement--any reason that came to his mind would suffice.

This was not the Cisco Kid of all those one-hour B-movies and the TV series, was it? And it wasn’t the way Hollywood portrayed Cisco, ever. Screen Ciscos were always noble and decent. Any stain on his reputation was a put-up job (just as in so many Jesse James and Billy the Kid pictures Jesse/Billy was a goody and others were using his name while committing crimes).

The first screen Cisco Kid dates back to the silent movie days. The Caballero's Way (Universal, 1914) was a three-reel short. There is actually some disagreement as to who played Cisco in it. The cemetery records of Stanley Herbert Dunn state that he played the part, but IMDb credits William Robert Dunn. It was a Dunn anyway, I can tell you that. In 1919 Universal had another go with The Border Terror, with Vester Pegg (99 Westerns to his credit) as Cisco.

Just on the cusp between silents and talkies, a feature remake was released, In Old Arizona (Fox, 1928). It was to have starred young Raoul Walsh but a jackrabbit through his windshield put paid to that (and an eye) and he ended up directing instead. Warner Baxter (below) took the lead, and actually won an Oscar for it – respect. The movie is interesting to see, certainly for hard-core Cisco-istas but actually for anyone interested in the history of the Western. There’s a Blu-Ray edition. 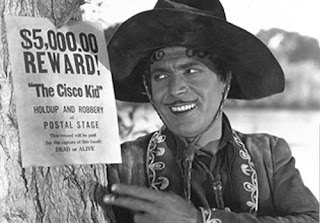 It was a big hit and sequels followed. In fact there was a whole series. Baxter was a Cisco in all but name in The Arizona Kid in 1930, he was The Cisco Kid in 1931, he appeared as a cameo Cisco in the Laurel & Hardy picture The Stolen Jools the same year, and Return of the Cisco Kid was released in 1939.

Then Cesar Romero (below) took over. He made six: The Cisco Kid and the Lady, Lucky Cisco Kid, Viva Cisco Kid and The Gay Caballero in 1940, and Romance of the Rio Grande and Ride On Vaquero in ’41. 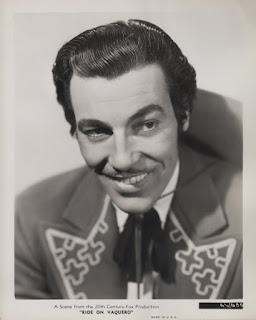 There were no Ciscos during World War II but in 1945 he rode again, with Duncan Renaldo in the role three times, then Gilbert Roland in six movies from 1946. Duncan came back in 1949, with The Gay Amigo and three others, and of course he was Cisco on TV for a massive six seasons starting in 1950. They even revived Cisco in a TV movie in 1994, when Jimmy Smits played the part. The Kid was also on the radio (with Jackson Beck in the title role and Louis Sorin as Pancho) and in comics. That’s a lot of Ciscos.

To me (I grew up with the Cisco Kid) his comic sidekick Pancho was a complete must. Actually, though, he had no sidekick at all in the O Henry story and Warner Baxter’s sidekicks were Cesar Romero as Lopez and plump Chris-Pin Martin as Gordito. When Cesar was promoted to Cisco, Chris-Pin continued as Gordito but there was still no Pancho. However, when Renaldo took over the reins as the Kid when Monogram Pictures revived the series in 1945, he finally rode with Pancho, played by Martin Garralaga. I mostly remember Leo Carrillo as Pancho, though, from the TV series. “Oh, Pancho!” Cisco would chortle after the weak joke at the end of each episode. “Oh, Cisco!” Pancho would reply, as they rode off into the sunset laughing. Of course Cisco and Pancho are both familiar names of the same Francisco, so it probably made a good joke to Spanish speakers. 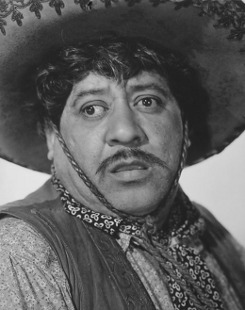 All that’s by way of an introduction. Sorry about that. But Lucky Cisco Kid will do very well as a typical Cesar Romero/Chris-Pin Martin example of the genre. It’s 67 minutes of black & white fun.

We first meet Smoketree Charlie (William Pagan) and his fellow loudmouth miners who have struck it rich in the Tombstone diggings (Cisco stories are set in Arizona). The prospectors are now so flush with money, in fact, that they have commandeered the stagecoach to their exclusive use. Cisco and Gordito have tickets and they need to get to Chicago to join Buffalo Bill’s Wild West but the drunken miners won’t let them aboard. Well, Cisco soon deals with that and we see him and Gordito driving the stage (back projection, obviously) while the miners have been set afoot.

Now, one reason why this Cisco Kid movie is worth watching is that it features, as the dumb Army sergeant who is constantly outwitted, Dana Andrews (below) in his very first Western. 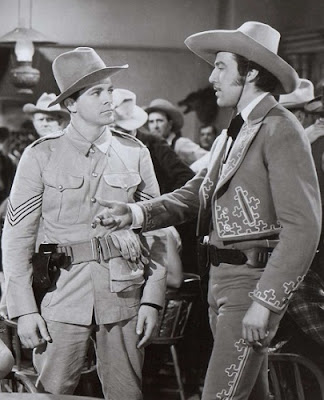 Dana's first Western
He plays with a Noo Yoik accent for some reason and this chimes well with the lingo and diction of racy saloon gal Lola (Mary Beth Hughes, below). The sergeant has a crush on Lola but she only has a crush on jewels. Ms. Hughes was a night club singer who would get top billing the following year in The Cowboy and the Blonde with George Montgomery and would return to star with Cisco, this time as Sally, in Ride On Vaquero. On a (much) more serious note she would appear as female lead in The Ox-Bow Incident – again with Dana. 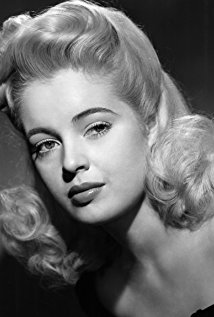 
Another reason Lucky Cisco Kid is interesting is that it features Francis Ford (below) as the clerk of the court, in an amusing if short bit part. The great silent movie director, elder brother of John Ford, was reduced to penury and took any small part he could get for years and years. 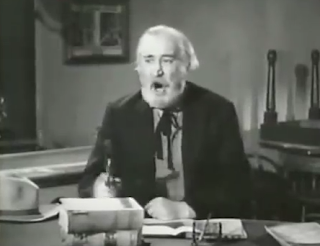 Frank Ford does his schtick

There’s a crooked judge (Willard Robertson) who wants to drive landowners out so he can grab the whole valley (about the oldest Western plot in the business) and he is in cahoots with Wild Bill Stevens, played by our old pal Joe Sawyer, always entertaining. Not only that, Wild Bill is the one pretending to be the Cisco Kid and blackening Cisco’s rep by marauding and such. Naturally Cisco and Gordito will foil these evil schemes. 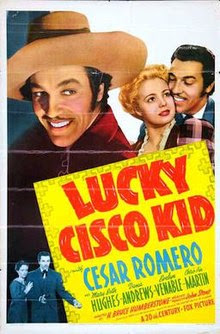 Equally naturally Cisco romances Lola as well, much to the jealous ire of Sgt. Dana, but Cisco’s attentions are also fixed on the beautiful widow rancher Emily (Evelyn Venable). She has a young son (Johnny Sheffield) so normally in Westerns we would expect the hero, widow and boy soon to form a new family unit and probably go off to California together, but this is the Cisco Kid so of course he only dallies with the dames before riding off into the sunset for his next adventure. 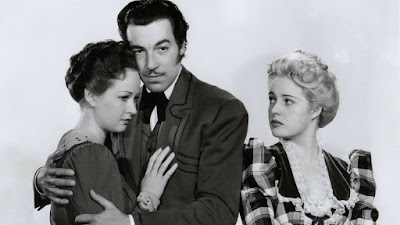 Emily or Lola?
All very entertaining and you probably need to see this one, or another like it, again. Maybe I’ll review a Renaldo one for you soon. Meanwhile, happy trails, e-pards.