In 1956, the year after Bad Day at Black Rock, MGM wanted to put its big star Spencer Tracy in an A-Western – a proper one, not a contemporary story like Black Rock. He would be a big ruthless rancher, obviously, Sea of Grass/Broken Lance-style. Tracy actually did four days of filming. But he whined so much about the location shooting (set in Wyoming, the picture was shot in Colorado; Tracy complained about the altitude, the heat and the script) that the studio dumped him and, Clark Gable turning it down, cast James Cagney instead.

Cagney was far from a Western specialist, and indeed wasn’t very good in them. He had only done two, the pretty ropey The Oklahoma Kid back in 1939 (when, at 40 he was already a bit anno domini for Kid parts) and, the year before Tribute, Paramount's Run for Cover, which was uninspired at best despite direction by Nicholas Ray. In Tribute Cagney did his best to be Tracy, all domineering and all, but his diminutive stature and machine-gun Eastern diction didn’t help. Still, it was the best Western Cagney did. And he was good when beating up Stephen McNally. “I fight dirty,” he says, and he proceeds to use mostly his elbows, to great effect.

Cagney does his tough rancher act

There were other casting changes. Irene Papas, in her Hollywood debut, replaced Grace Kelly – which was a good thing. Kelly would have been all glacial and blonde, whereas Papas managed to bring to the part of the sultry Jocasta a feisty Katy Jurado vibe. And second billed Don Dubbins, 28 but playing a boy, replaced Robert Francis (tragically killed in a plane crash days after the start of shooting) in the juvenile lead and first-person voiceover. Dubbins was a Cagney protégé who would appear in two big pictures with Jimmy that year, this one, which came out in March, and These Wilder Years, released in August. New Yorker Dubbins is OK (he plays an Eastern greenhorn) and his narration provides a slight Vengeance Valley feel to the movie.

The good news is that some excellent Western character actors were recruited to be ranch hands: Chubby Johnson as Baldy, Royal Dano as Abe and a rail-thin Lee Van Cleef as Fats. Always a pleasure to see them. McNally plays another ranch hand, McNulty, who woos the fair Jocasta and is fired for his pains, then joining forces with the rustlers. McNally, you will know, was James Stewart’s ne’er-do-well brother in Winchester ’73 in 1950 and also the marshal in The Duel at Silver Creek, so he had some Western pedigree. 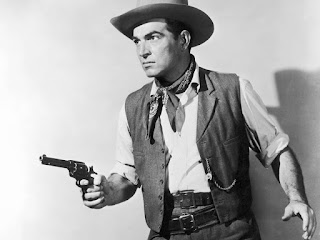 It was done in bright EastmanColor and CinemaScope, and DP Robert Surtees, one of the greats, did a wonderful job on the Colorado locations. The vast majority was shot outside, in stunning scenery, and there were only two short MGM back-projection close-up shots (which disfigured so many of their Westerns). It was very well done, and there was clearly plenty of budget available. I love the work of the Surteeses, père et fils, and visually Tribute to a Bad Man is the equal of both Escape from Fort Bravo (Robert) or Pale Rider (Bruce). It is said that Surtees delayed the grim hanging scene four days, waiting to get just the ominous lighting he wanted. And it worked. 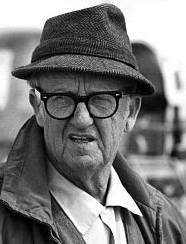 The story opens in 1875 with young Steve Miller, a naïve grocer’s clerk from Pennsylvania, riding west from Laramie, coming across rancher Jeremy Rodock defending himself from rustlers, and the young man digs a bullet out of Rodock’s back, earning his gratitude and a job. Rodock is one of those ranchers who rules the whole valley – in fact the only name the place bears is ‘Mr. Jeremy Rodock’s Valley’. Steve soon discovers that his new employer is as hard as nails and has a very short way with horse rustlers. The sensitive youth is affrighted but gradually hardens.

Colorado standing in (beautifully) for Wyoming

There is a definite The Virginian tone to the whole picture – the Wyoming setting and even the young character’s name, Steve, attest to that. The hanging of the rustler they catch is suitably grim, and the same arguments are put forward – that there is no formal law enforcement anywhere around and the law of the rope is the only effective way to maintain order. “We're livin' in the middle of nowhere. Two hundred miles from any kind of law and order. Except for what I built myself. Ever since I started - and this you don't know - I've been badgered, skunked, bitten out and bushwhacked by thieves from everywhere. And now, one of my men's been killed. I find my horses, I find the killer. If I find the killer, I hang him. I gotta' keep my own reckoning, Jo. It's the way I built my life and half the transportation of the West.” Of course in The Virginian it is Steve who is hanged. Here, it is the young Steve who is offended by the lynching rather than the sweetheart, but back at the ranch Jocasta too is revolted by the deed. Indeed, she plans to leave.

Questions are also raised of the difference between punishment, revenge and even torture.

One of the rustlers, Barjac, is James Griffith, so that’s good. I always thought he was excellent in Westerns.

There’s a good attempt to describe the realities of the cowboy’s life. “Never a chance for a family, or a home. In ten years, you're gonna' be like them - a nobody on a horse. That's what a wrangler is, a nobody on a horse. With bad teeth, broken bones, double hernia, and lice.” This is source writer Jack Schaefer coming through, and the theme prefigures Monte Walsh (published 1963). The screenplay was written up from Schaefer’s short story by Michael Blankfort, who had contributed to Broken Arrow. 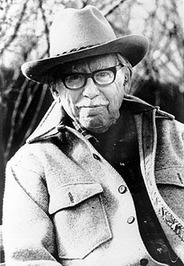 There’s a slight Jubal feel to the picture, especially concerning the jealousy of the rancher towards possible lovers of his beautiful companion (Columbia’s Jubal came out the month after), though director Robert Wise, famous for the likes of West Side Story and The Sound of Music, did not have the Western ability of Jubal’s director Delmer Daves. 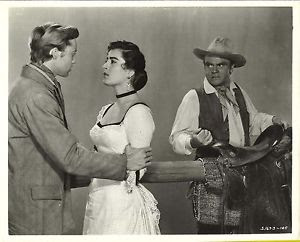 Wise did, to his great credit, direct the very fine Blood on the Moon, a superb 1948 Western noir based on a Luke Short story and starring Robert Mitchum, but otherwise he only did another couple of oaters,  neither very good. 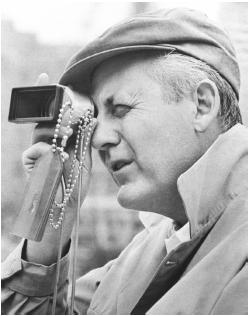 Rodock’s conversion to decency and gentleness is not entirely plausible and the ending is slightly cloying. Still, all in all, Tribute to a Bad Man is a perfectly acceptable Western, Cagney’s best by quite a long way and an honest contributor to the psychological/family/coming-of-age/ranch genre.

Rides off into the sunset