Blaxploitation spaghetti: is that a thing?

Take a Hard Ride is really a late spaghetti western. Produced by three European companies, shot in Gran Canaria with a Spanish-Italian crew and directed by Antonio Margheriti (as Anthony M Dawson), it had all the spag credentials. It even starred Lee Van Cleef as a bounty hunter, so it must have been a spaghetti. 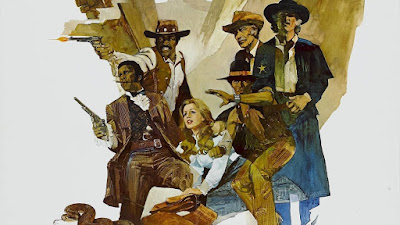 But it was also a mid-70s blaxploitation flick, released in the US by Fox, with Jim Brown as the hero, Fred Williamson as the charming-rogue anti-hero and Jim Kelly as the strong, silent martial-arts type. Other Afro-American actors also appear.


It was at least filmed in English and not post-dubbed, so that’s something. And the De Luxe color is nice. The rather bizarre volcanic scenery does have the occasional saguaro so at least attempts to look like Arizona (though largely fails).


And a few old-timers were wheeled out. 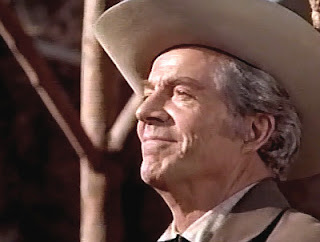 Dana Andrews (left) is the rancher Morgan who entrusts his foreman Pike (Brown) with the money he has made from a cattle drive to get it back to his family in Sonora. This Pike duly swears and Dana croaks of a heart attack, so his part was confined to the first reel. He looked in quite good shape, actually, for someone pushing 70. It was in fact his last ever Western.


Then Barry Sullivan (below) is there, as Kane, a ruthless lawman turned fortune hunter, who wants to get his hands on that money, like everyone else. It was his last Western feature too. He looks a little more anno domini, though actually younger than Dana. Still, this pot should not talk slightingly of any kettle. 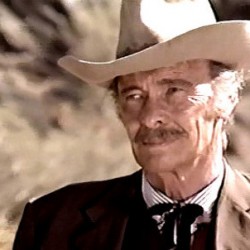 Then Harry Carey Jr (below) and Clint’s pal Robert Donner play Dumper and Skave, a pair of slightly Strother Martin/LQ Jones-ish scurrilous rogues who are also after the loot, and who fall in (they are obliged to) with Lee Van Cleef as Kiefer, the ruthless Colonel Mortimer-ish crack shot bounty hunter. Donner called it a Western day in ’76 (at least on the big screen) but the great Dobe would go right through to the late 90s and he took parts in, it must be said, some real junk, but a fellow’s gotta eat, I guess. 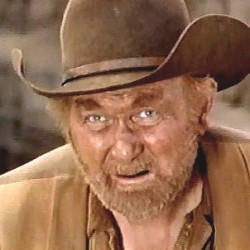 It’s very 70s in look. The men wear elegantly flared pants and Catherine Spaak, the token woman, has make-up that Abba members would have liked. Jim Kelly plays a mute Indian (so didn’t have to learn too many lines) in an oversize hat to fit over his afro. Still, we mustn’t scoff. All Westerns had their characters in costumes and haircuts that looked like the decade the movies were made in rather than the late nineteenth century. This one, though, does look much more 1970s than 1870s. Never mind.


One thing I disliked strongly about this movie was the disgraceful horse-fall stunts. Sig Margheriti ought to have been banned from making another movie. Or maybe it was Hal Needham’s fault: as well as having a bit part in the first reel he was the second unit director. Maybe Spain didn’t have as strict animal welfare rules as pertain in America, I don’t know. Anyway, I shuddered several times. 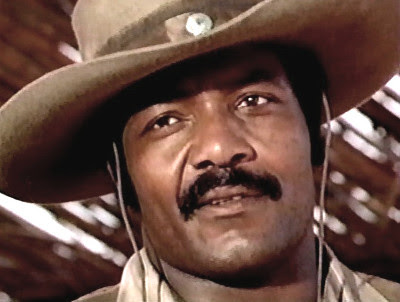 Jim is all stoic and tough
The whole thing is loud and brash with a great deal of gunplay. The producers and director probably had too many greedy bad guys chasing the money, so that every couple of minutes Brown and Williamson have to fend off yet another attack. It is also too long at 1 hour 43 minutes and would benefit from some fairly substantial cuts.


Talking of loud and brash, the Jerry Goldsmith score is.


There are quite a few ‘Doh!’ moments, such as when the party of four goodies come to a rope bridge of dubious stability and all four walk onto it with their horses at the same time. 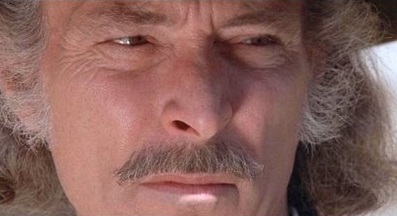 Classic spag close-up of Lee
Brown is curiously stodgy. Perhaps he was going for the steely decency approach. But all Williamson’s attempts at charming roguishness are absorbed by the wall of stolid phlegm and there is none of the Butch/Sundance spark between the two.


Naturally there’s a mega showdown and equally naturally the heroes come across some cases of dynamite. If you’d asked me I would have told you in the first five minutes that there would be dynamite at the end. 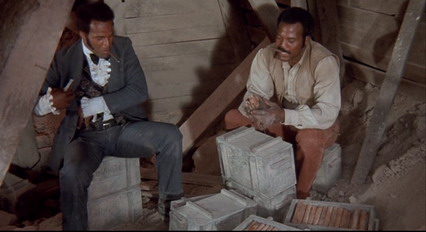 Naturally there would be dynamite
Oh, well, it’s OK if you like that kind of movie.

I pushed it up to two revolvers for Dana and Barry and the lack of dubbing.