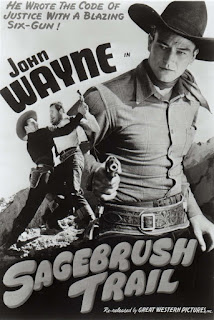 Sagebrush Trail was the second of the series of sixteen oaters John Wayne made in the mid-1930s, coming out straight after Riders of Destiny. But it was a little different. It was directed not by RN Bradbury but by Armand Schaefer, who had helmed a lot of Lane Chandler Westerns. And indeed rich-voiced Chandler, who had flirted with sagebrush stardom at Paramount but was now taking support roles at Monogram (how are the not-very-mighty-in-the-first-place fallen), featured largely in this Wayne epic.


There’s no Gabby Hayes, or indeed any cranky old-timer, no smoothie crooked town boss in a suit, no comic-relief character, no plucky small boy for the juvenile audience to identify with. Duke rides a bay and not Duke. In fact it’s lacking quite a few key elements.


Still, Archie Stout was at the camera, Paul Malvern produced, and Yakima Canutt did the stunts (and wasn’t just a henchman but in fact the chief villain). The usual suspects were, therefore, pretty well represented.


Despite the print quality (on my DVD anyway) it’s a fun watch and it gallops along. John Brant aka Smith (Wayne) isn’t a government agent this time, but an escaped convict, innocent naturally, who is on the hunt for the man who framed him. The law is after him but the gang he joins up with, led by Yak, is suspicious. He seems too much of a goody to be a baddy. ‘Jones’ (actually the man responsible for the plight of ‘Smith’) is a gang member who believes in Smith. It’s Chandler. But even he has his doubts. 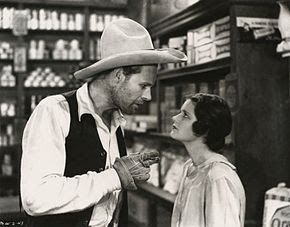 Lane fancies Nancy but...
There’s a gal, naturally, Sally (Nancy Shubert), the storekeeper’s daughter, and she falls for ‘Smith’ and gallantly rides to his rescue later on at the head of a sheriff’s posse. 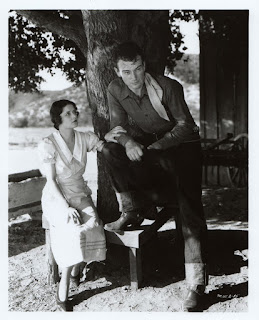 ...she prefers Duke
This Western inhabits that weird twilight world of 20s and 30s B-movies in which there are modern printing presses, cars and trains, yet pistol-packin’ cowpokes ride the trail and hold up stages. I suppose that the ‘Wild West’ was still so recent in the memory of the audience of the day (rather like movies set in the 1970s to us today) that they could almost believe that this world existed. Or at least suspend their credibility for 54 minutes.


The sheriff is Bob Burns, who is OK. But it really needed Earl Dwire. 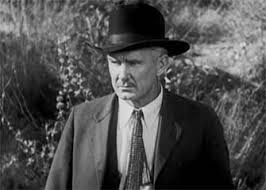 Earl-substitute Burns
At one point Duke (or maybe his stunt double Yak) mounts up by running from the boardwalk, using two horses as stepping stones and landing in the saddle of the third. It’s pretty cool. It rivals William Holden’s mounting-up in Streets of Laredo – probably the best mount-up ever in a Western.


The stage crashes and Wayne (Yak) is left driving the front two wheels like a Western Ben Hur. Yup, there are some good stunts alright. 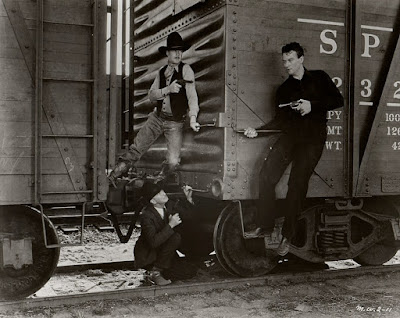 The law's after him. Will they arrest him? As if...
Of course (spoiler alert) Chandler clears Wayne of the heinous crime in the last reel before expiring and Duke gets the gal, sealed with a kiss. Yak & Co are herded into custody. All’s well with the world. 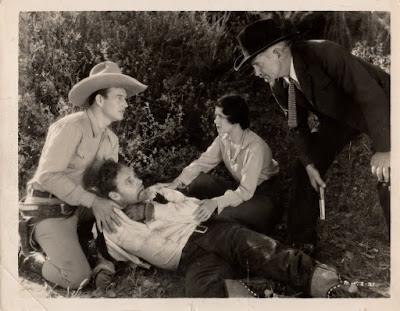 Lane clears our hero befoe expiring
Oh well, there were worse Westerns. In fact there were much worse. Despite the budget (these Lone Star oaters were made for about ten thousand dollars each) the whole thing does work. You could watch it, e-pards. You probably wouldn’t regret it. 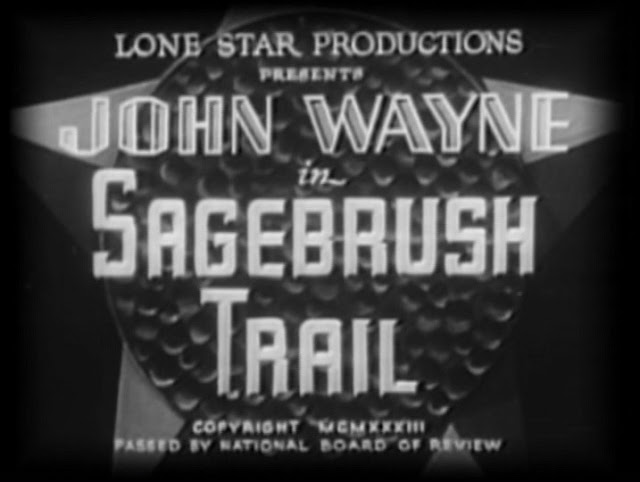