You'll find it in the Clunker rack in DVD stores

OK, yes. In the 1950s all film stars had to climb into the saddle at some point, even if they hated horses. Westerns were a studio staple and actors’ agents had little choice but to accept such parts. Some of these glitterati enjoyed the experience (hell, I would) and donned the Stetson and a gunbelt with alacrity. Others, however, were simply miscast in the West. 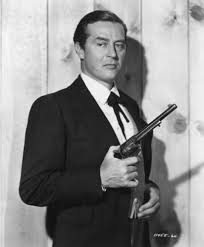 Such was the case of Ray Milland (left). Mr. Milland, one of Paramount’s most bankable contract players in the 1930s and 40s, was doubtless excellent as a posh Londoner getting his Cambridge pal to murder his wife for Alfred Hitchcock, but as a Western gunman he was plain ludicrous. They always had to invent a part for him which could present him as a ‘gentleman’ – in this case a former Confederate colonel – and that helped a bit, but not really. He was only in four big-screen Westerns, luckily, but not convincing in any of them.


Hedy Lamarr was no better. Central European Ms. Lamarr was certainly glamorous, and indeed notorious (because of her Nazi past and the shocking nude scene in Ecstasy in 1933) but once again in a Western role she lacked credibility on a monumental scale. Apparently she and Milland hated each other viscerally and could barely act together. 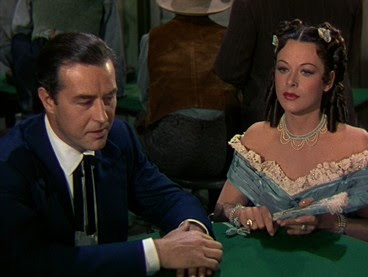 You can sense the antipathy
So the picture suffers from a major handicap right at the outset.


Bosley Crowther in his review for The New York Times, rather perceptively wrote, “There is something slightly appalling about beholding Mr. Milland, a first-rate dramatic actor, engaging in saloon repartee and going through the conventional exercises of cowboy actors with horses and guns. And Miss Lamarr's top-flight luxuriance in a typical frontier-charmer role—the lady who switches from the villains to the hero—is patently absurd. If the whole thing were done as a travesty, it might be something else again. But Jonathan Latimer has written it without humor and John Farrow has directed it that way.” 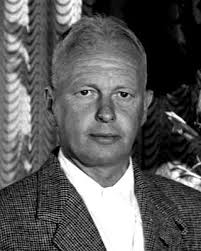 John Farrow. Shoulda stuck to exotic dramas.
For yes, there was another snag: it was directed by John Farrow. Farrow, a screenwriter who penned Tarzan pictures and married Jane (Maureen O’Sullivan) didn’t understand Westerns at all. He only directed four and even of these a couple (Red Mountain with Alan Ladd and Hondo with John Wayne) he did not complete, other directors being drafted in. His first had also been with Milland, the turgid 1947 potboiler California.


Mona Freeman is ‘the other woman’ but far too treacly to be believed. Fortunately the cast benefited from the likes of Harry Carey Jr. as an Army lieutenant, Macdonald Carey surprisingly good as a corrupt deputy, the excellent Frank Faylen in a colorful part and good old Percy Helton in an unusually prominent role. Without them, the picture would have sunk without trace. 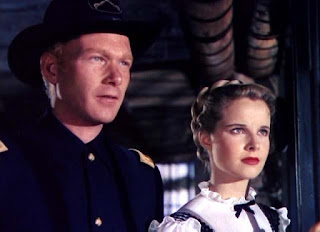 Carey good anyway
We are in a copper boomtown in Arizona. Milland is a trick shot taking part in a vaudeville act under an assumed name. His shooting skills will come in handy, though he says he deplores violence. There’s a rarely seen evil mastermind, Henderson (Ian Wolfe) who has corrupt law officers carry out his dirty business, e.g. murder. They are managed bossily by saloon dame Lisa (Lamarr). 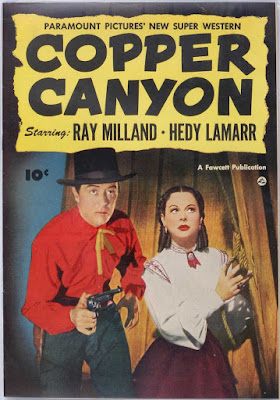 Not the ideal combo
The persecuted miners seek Milland’s help, especially because they are generally Southerners and the crooked town bosses are Unionist. He declares himself unwilling to commit – the war is over, he says – but actually does, behind the scenes.


There’s nothing original or different at all here and it isn’t even well executed. The script is pedestrian. Screenwriter Jonathan Latimer wrote some good noirs like The Glass Key but he too didn’t ‘get’ the Western. The action climax is as banal as the rest of the story.


Visually the picture is enjoyable. The DP was talented Charles B Lang, who shot some lovely Sedona locations in bright Technicolor. There’s also a good score by Daniele Amfitheatrof. 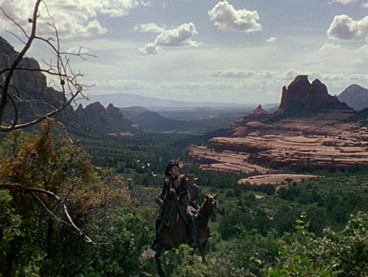