Some reviewers, even most reviewers, have been slighting of Ride Out for Revenge, dismissing it as an over-preachy B-Western, but I think it’s rather good.


And therefore, it’s rather good.


It’s a 78-minute black & white minor oater directed by Bernard Girard, a writer/director who did mostly TV work and only directed three feature-film Westerns (Rory Calhoun was in two of them) but it has qualities. 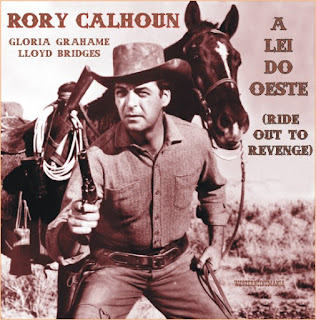 Worth seeing
First and foremost, it was photographed by Floyd Crosby, and it shows. The black & white is luminous, with stark contrast, making the most of long shadows, and some of the framing and composition is absolutely first class. His town shots, especially, are beautiful and it’s as if he has come back to Hadleyville five years after. The modern print, by the way, is very good indeed. 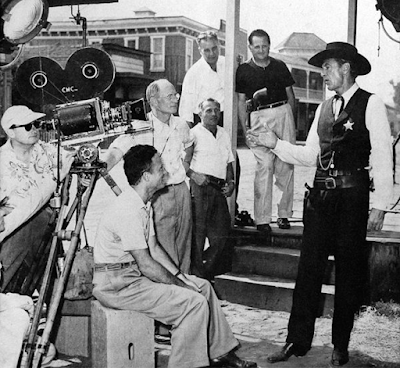 That's Crosby standing in front of the camera talking to Gary Gooper on the set of High Noon
I also liked the score, by Leith Stevens, a talented musician thrice nominated for (non-Western) Oscars, who wrote the music for Joel McCrea and Audie Murphy oaters. When the Indians raid the town, especially, the orchestrations give us menace, tension, and a sense of foreboding tragedy. It’s very well done. 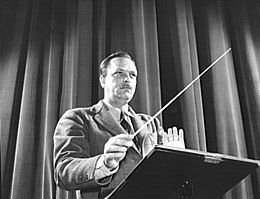 Leith Stevens
The plot, too, has been accused of boing overdone and didactic but I found it thought-provoking and sensitive. It’s basically a pro-Indian anti-racist story, with a man-who-knows-Indians hero standing alone against a bigoted and hateful township. Of course there’s a subtext: yes, the townsfolk hate the Cheyenne but the object of their animosity could just as well have been blacks or Jews or – well, fill in the blank. OK, it’s not Devil’s Doorway and Girard was no Anthony Mann, but the movie had something to say, and was no mindless shoot-‘em-up 50s Western like so many others. Norman Retchin (his only Western) wrote the screenplay from a Burt Arthur (also his only Western movie) story. 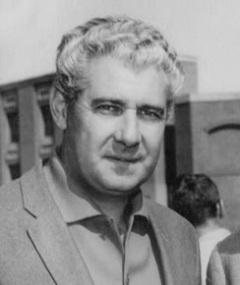 Bernard Girard
And then there is the acting. Generally I think that Rory Calhoun was good but not great in Westerns, but this was one of the best he was in. He plays the central character, the mononymous Tate, in an understated, low-key way that underlines the gritty determination of the character. He is the town marshal, though soon stripped of his badge by the bigots, who loves a Cheyenne maid (Joanne Gilbert) and does his utmost to prevent bloodshed but with limited success. 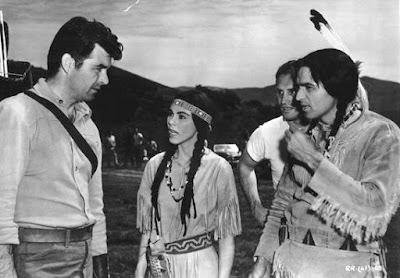 Rory on the set talking to the 'Cheyenne' Joanne Gibert and Vince Edwards. No idea who the guy in the T-shirt is.
The plaudits really go, though, to Lloyd Bridges as Capt. George. Rarely has an Army captain been so vilified in a Western. George is a drunken, cowardly, incompetent slob who condones murder, and Bridges, an outstandingly talented Western actor, plays it brilliantly. 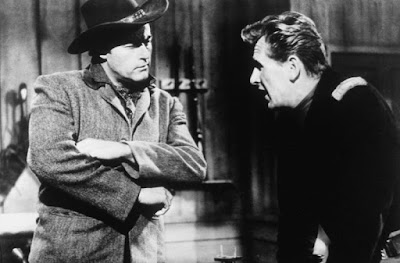 Bridges as cowardly slob with a rather good Richard Shannon as henchman
It’s amusing to see him back in Crosby’s High Noonish town, this time in a uniform and even more lacking in character. This was already Bridges’s 30th Western; he had started as a young man back in 1940 and had done a lot of B-Westerns (especially Charles Starrett ones) before appearing in classy oaters such as Canyon Passage (1946) and Ramrod (1947). Worth catching him, too, in an underrated Lippert B-Western of 1951, Little Big Horn, where he convincingly played a tough, experienced Army captain the year before he was a punk kid deputy in High Noon! It was, though, High Noon that made his name, justifiably as he was superb. After Ride Out he did mostly TV work. He was busy on dangerous underwater missions (how I loved Sea Hunt as a boy) and Westernwise, he was The Loner 1965 – 66. One of the greats in the saddle (or more usually in town). 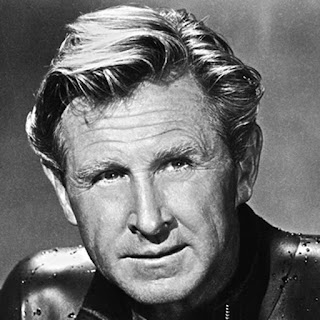 Great actor
True, the Cheyenne in Ride Out are rather unconvincing. Frank DeKova is OK in a short part as the elderly chief Yellow Wolf but his more belligerent son Little Wolf is played by Ben Casey, and Mr. Edwards does his best but doesn’t really carry it off. His sis, Pretty Willow, the inamorata or our hero, is played by Chicago-born Joanne Gilbert, well cast as a pretty willow but hardly a Native American (though I noticed there were some proper American Indians as extras).


There are two women for the hero to hover between, as was traditional. But he doesn’t hover long because he truly loves the Cheyenne maid Willow and the other one, the young blonde widow who runs the boarding house he lives in, Amy, is just as bigoted and racist as the rest of the town. She wants him but can’t hide her disgust that he prefers a “dirty Indian”. Amy is played, not very well, by Gloria Grahame, who manages to look and talk like a gangster’s moll. There’s a telling part where Tate is so keen to get away from her that he mounts from the right. 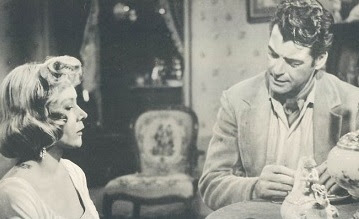 The other woman, Gloria Grahame
Two small parts were well handled: Richard Shannon as the henchman Garvin, a nasty piece of work, and Cyril Delevanti as the odious preacher, whipping up murderous hatred. I didn’t know Shannon, though he had a small part in the excellent The Tin Star and appeared in a lot of Western TV shows. London-born Delevanti was a drama coach (with Douglas Fairbanks among his students) and did B-movie parts as an English gentleman to earn a crust. He also was a regular on Western TV shows but this was his first feature-film Western.


Kirk Douglas’s company Bryna Productions made the film and I suppose it could have starred Kirk but that had to wait two years for Last Train from Gun Hill, in color. Interestingly, though, you can recognize some of the locations from Gun Hill in Ride Out, beautifully shot in monochrome by Crosby. 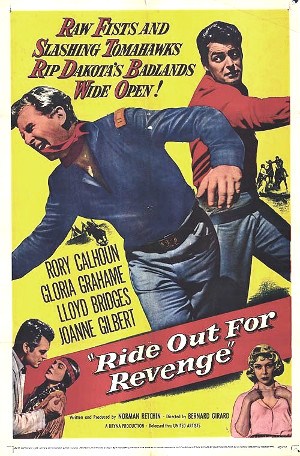 Raw fists and slashing tomahawks, eh?
The plot is centered round the whites wanting to get the Indians out of the Black Hills, and gold being found there. It’s all on the implausible side but that doesn’t really matter as it’s only a front for the real story, of racial hatred and cruelty. There’s real tension (well done, director Girard and star Calhoun) as Tate decides he has to kill Little Wolf to stop a war and takes aim with his rifle…


There’s a good double showdown in the last reel (Tate/Little Wolf, then Tate/George) before some thoughtful ruminations on the future round out the picture. A tad sententious, maybe, yes, but not preachy: this picture is worth a watch.