He was born at the turn of the twentieth century and brought up on a ranch near Helena, Montana, where he learned roping and riding. As a youth he had a job driving a tourist bus in Yellowstone National Park. Tall and rangy, and handsome too, with a deep drawl, he started stunting and as an extra in silent Westerns in Hollywood, then Paramount noticed him and groomed him for stardom. Sound familiar? You may well think I am writing about Gary Cooper, but I am in fact talking about Lane Chandler. 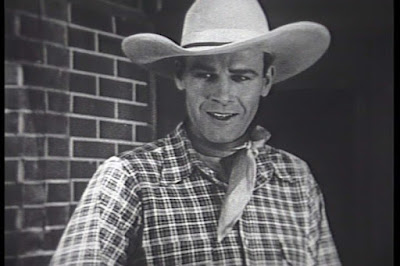 Vaguely Gary Cooperish
Chandler, born 1899, died 1972, was, for a brief moment, a cowboy star. But his career followed the opposite path to Coop’s: he never really made the transition from silents to talkies, and he had to take ever-smaller roles until he was reduced to uncredited bit parts and, later, TV. Sad, really, because in many ways he had what it takes.


Willis Kent was an independent producer who made cheap silent and talkie Westerns in the 1930s. He often used as director JP McGowan, one of those who could churn out low-grade pictures on time and under budget without caring too much if they were any good (mostly they weren’t). By 1930 Lane Chandler was reduced to working for Kent and McGowan (at least he had top billing; he would have further to fall). He made six Westerns in 1932 and five in ’33. Lawless Valley (which would be remade by RKO in 1938 with George O’Brien in the lead) was a 1934 effort. 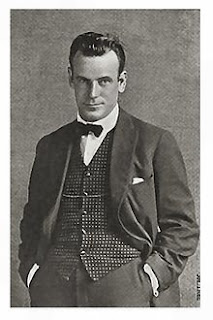 JP McGowan
McGowan directed it and also appeared as the chief heavy (an economical measure). The story tells of a young Texas lawman (Chandler) hired by a stockmen’s association and come north, to Wyoming perhaps (it is not specified) to track down the notorious rustler El Lobo (McGowan) who heads up a gang of cut-throats in a canyon guarded by a narrow pass.


The direction was poor and the pace very uneven. Scenes of rustlers driving cattle go on far too long and key action moments are rushed. Continuity and editing were very weak. Of course it was the early 1930s and acting was pretty wooden and false by modern standards. The Oliver Drake script was just as wooden – at one point McGowan announces that they must chase the hero. “We’ll head him off at the pass!” he yells. Yup, it’s that corny.


Still, for early 30s B-Western corn, it isn’t that bad. Chandler isn’t Coop but in certain lights he looks a little like him and his voice isn’t a million miles away. (Chandler appeared in a couple of early Cooper Westerns so maybe he learned something). He was athletic and good at scrambling over rocks and so forth. He has rather silly dude chaps but they all did then. He has one of those tiresome clever horses, Raven, that comes when he whistles and unties his master, freeing him from the tree where he had been bound and left by the cruel-hearted villain. 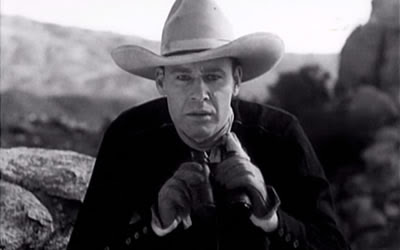 Good opening shot of the hero
Big Mike, aka El Lobo, is a tough boss but strangely democratic, leaving every significant decision to a vote by his henchmen. This tendency leads to his downfall when said henchpersons elect stocky and unshaven thug Bull Lemoyne (Dick Cramer, rather good by 1930s standards) to replace him. There’s a Luke Skywalker/Darth Vader moment when (spoiler alert) it transpires that El Lobo is the hero’s dad. Father and son end up fighting the gang together and Mr. Lobo sacrifices himself to save his boy in a way that involves dynamite.


The several fistfights are scrappy inelegant scuffles, as they tended to be in early Westerns, rather than the more balletic (and choreographed) free-swinging punching affairs they became later.


There’s a damsel for the hero to fall for, Rosita (former child actress Gertrude Messinger in cupid’s bow lipstick) and Lane duly does. He is greatly helped by Gertie’s amusing old-timer pop Zeb (Si Jenks) who sides with his daughter and her lover.


Well, all’s well that, as you may imagine, ends well, and Lane gets to ride off into the sunset with Gertie. Sadly, a slowly declining career awaited him over the horizon and who now remembers Lane Chandler? Sic transit gloria mundi occidentali.