Producer Ron Howard and director/co-writer John Lee Hancock (replacing Howard who had been slated to direct but apparently fell out with Disney) must have thought long and hard before embarking on their version of The Alamo. John Wayne had sunk 13 million 1960 dollars into his project and it had proved less buoyant than the Titanic. By the nature of the beast a big budget is required – all those Mexican soldiers – and there can have been little guarantee of a return for the 2004 one. The final battle took a month to shoot. At 51 acres, the set was the largest and most expensive built in North America to date. There is a story that one of the reasons the budget was so high was that a pack of Doritos fell out of an extra’s pocket when he was ‘shot’ and the scene had to be redone. That extra may have not received his full salary that day. In fact the 2004 The Alamo cost over $140 million to make and it recouped about $25m worldwide in the two months after release. Oops. 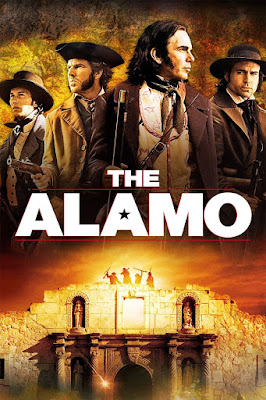 Not a great money-maker
Still, the story is so very American and so very Hollywood – do damn heroic - that generation after generation can’t resist it. In 1911 Gaston Méliès directed The Immortal Alamo and DW Griffith and Christy Cabanne did it in 1915 in Martyrs of the Alamo. Universal had a go with Glenn Ford as The Man from the Alamo in 1953 (though that was only indirectly an Alamo retelling), Republic had Arthur Hunnicutt as Davy Crockett and Sterling Hayden as Jim Bowie in The Last Command in 1955, Disney had Fess Parker as Crockett and Kenneth Tobey as Bowie in the mission on TV in 1956, and Duke was Crockett and Richard Widmark Bowie in the 1960 turkey, The Alamo. There have also been songs and comics and the Alamo in Texas has become the tourist attraction par excellence for Americans. 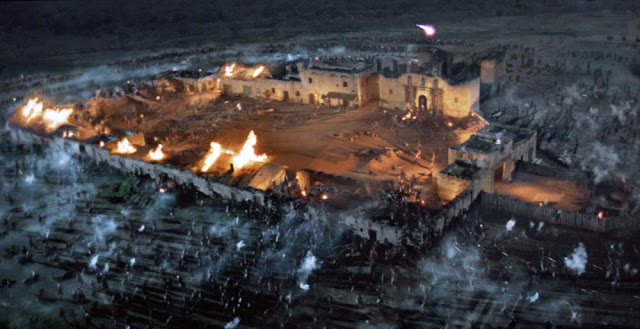 Big set
All these versions, including the 2004 one, reinforced the popular myths about the Alamo and have brave American defenders resisting hordes of greasy Mexicans led by the corrupt and evil dictator Santa Aña/Santa Anna – although one of the dramatic weaknesses of the Wayne version was that Santa Anna hardly appeared at all (and the movie took almost as long as the historical 13-day siege did). All the films center their stories almost exclusively on Crockett, Bowie and Travis. The 2004 one is at least the most historically accurate.


Billy Bob Thornton is a colorful and winning Crockett, playing his fiddle (a tune actually written in 1855 but never mind) on the ramparts to drown out the Mexican military band blaring out el degüello. He has no coonskin cap and explains to Bowie that he only wore it in the coldest weather and because “that feller who was me in a play” wore one so he occasionally felt obliged to. It’s a nice little excursion into the idea of Western myth versus reality. Thornton is the best thing about the movie. 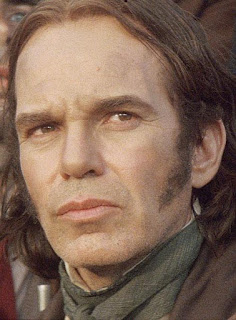 Billy Bob is Davy - sans coonskin cap
Jason Patric gives us a consumptive/malarial/pneumoniac Bowie coughing up blood into his spotless hankie. We used to call it a hankie. This Bowie was really very poorly. There is the slightest of hints that ‘other’ diseases were also involved.


Patrick Wilson is Travis. It was to have been Ethan Hawke but he dropped out. Wilson’s OK and has a vaguely Laurence Harvey look about him, though his hat isn’t as good. 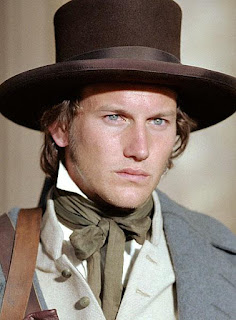 Travis
All three of these figures, Crockett, Bowie and Travis, actually had soiled reputations needing a spot of burnishing, but that is not dealt with. And there is no questioning of the Americans’ God-given right to take Mexican land and be damned to the effrontery of the greasers for objecting. At least the 2004 movie has blacks preferring the Mexican side – slavery was illegal in Mexico.


Dennis Quaid is an earnest and even tortured Sam Houston, desperate to help the defenders at the Alamo but citing Wellington (a nice contrast to Santa Aña’s claim to be the Napoleon of the West) and plumping for a cautious holding strategy.

Quaid is Sam
Emilio Echevarria is a splendidly evil (if slightly elderly and rather cartoonish) Santa Anna. Some of his officers are more decent types (though not all). They all finish badly anyway. At least they speak subtitled Mexican Spanish and not pidgin English.

Not a nice chap
One good thing, though: I think they did the mounting tension/despair well as the men wait for what they know to be a certain and grisly death.


Well, you could miss this treatment of the great American myth and not miss much. But it is at least the best one so far. 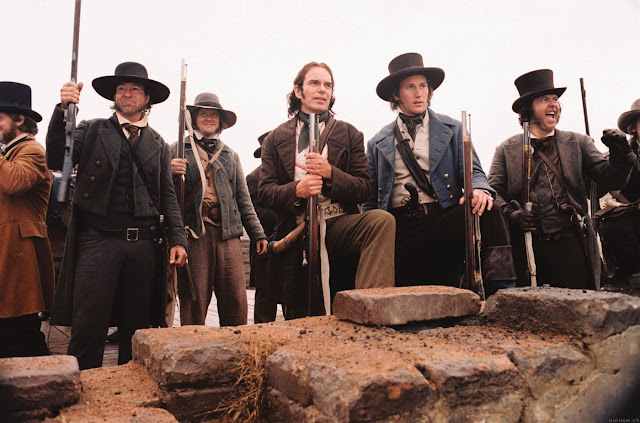