Oft have I waxed lyrical about the Western wonders of the annus mirabilis 1948. It was one of the golden years of the oater. I won’t blather on again about it here; if you want to delve deeper into the fab ’48 features, go on to IMDb and sort by genre (Western, natch) and year. Here’s the link to speed your search – but please come back!!


Of course, while such masterpieces as Red River, Fort Apache or The Treasure of the Sierra Madre were coming out in ‘48, a whole host of lesser oaters were also appearing. 137 Westerns were released that year (oh, happy day). Good old RKO released 87 movies in 1948, no less (one every 4 days!) and many of these were Westerns. Among them were five Tim Holt oaters.


Holt had been making Westerns with RKO since the late 1930s and the series had become very popular. They were pretty formulaic, it must be said, and were churned out rather on a production line, but they were professionally made and energetic, and quite a lot of fun. Look at Along the Rio Grande as an enjoyable early example, or a late one like Desert Passage. Many were directed by Lesley Selander, a more than competent hand who helmed huge numbers of cowboy films, but The Arizona Ranger had John Rawlins wearing the jodhpurs and wielding the megaphone. 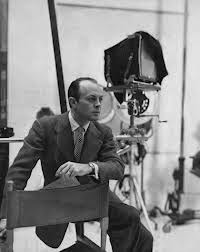 John Rawlins
Mr. Rawlins had started in movies as an actor and stuntman back in the silent movie days, and became an editor and writer before directing B-movies and serials for Universal, including cheapo Dick Tracy and Sherlock Holmes stories. He didn’t do many Westerns, though, directing only six. Still, he got the idea and The Arizona Ranger nips along at a tidy pace, without dragging. 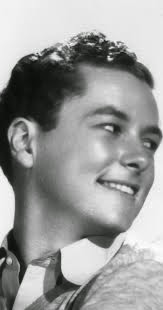 Tim Holt
The film was unusual in that it brought together, with equal billing, father and son Jack and Tim Holt. Lantern-jawed Jack had been a heavy in Westerns since the year dot (well, 1914 anyway, which in Western movie terms is pretty much the same thing). The tough New Yorker had impressed Francis and John Ford, who used him in their films, and he became a leading man at Paramount, doing a lot of the Zane Grey-based Westerns to which that studio had bought the rights. His career lasted right up until the Clark Gable picture Across the Wide Missouri in 1951. 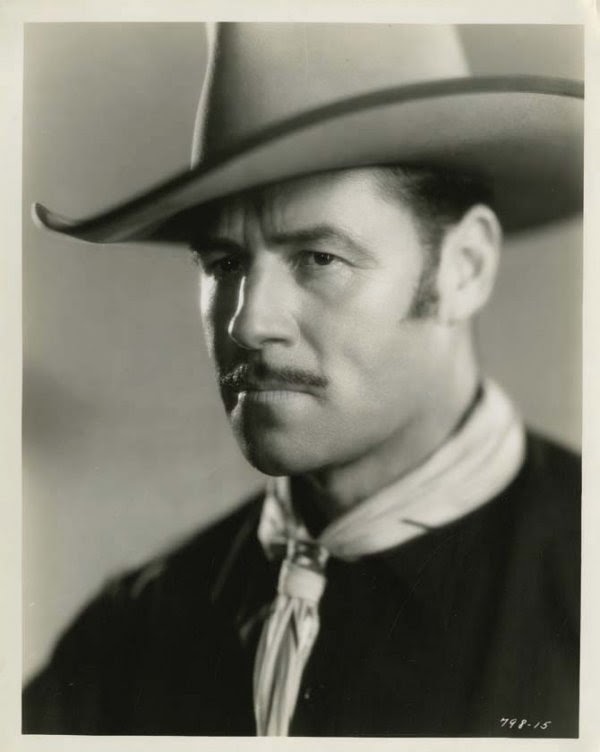 Jack Holt
Actually, in The Arizona Ranger he plays a very unsympathetic character, Rawhide Morgan, the father of Bob Morgan (Tim Holt). He is basically an arrogant bully, a rich rancher beset by rustlers and ready to go to any lengths to stamp them out. He has curiously dudish costume and well-pressed pants for range work, along with the usual very fancy 40s gunbelt, but never mind.


Son Bob, rather than staying to work on the ranch and help dad eradicate the rustlers, decides to join the Arizona Rangers and is thus cast off by his father as an ingrate. 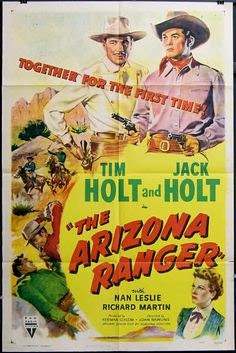 Actually, the slogan is wrong. Father and son had appeared together in 1928, when Tim was 10, in a silent movie, The Vanishing Pioneer. Tim played Jack's son.
Now, Arizona Rangers appeared quite often in Hollywood movies. Arizona was the location for a lot of Western filming in those days (many of the very earliest oaters had been filmed round Prescott and of course Old Tucson and its saguaro-rich environs remained a Western mecca for years) and the state seemed an ideal setting. The very word Arizona appeared in huge numbers of Western movie titles (both Destry Rides Again and Broken Lance had Arizona as alternative titles). And the thought that there was a force of rangers in that Territory like the Texas Rangers seemed ideal material for Hollywood. So, for example, Audie Murphy founded the force in Arizona Raiders and lots of other heroes founded the Rangers too.


In reality, the Arizona Rangers were only created in 1901 and were disbanded in 1909, and during this brief period only 107 men served in the ranks. They were at first a covert force, with no uniforms or badges, and one of their main tasks was strike breaking. Like their fellow rangers in Texas, no proper funding was ever provided and the force was doomed (though in 1957 a volunteer body called the Arizona Rangers was organized). The Arizona Ranger gets one thing right; in it son Bob comes back from the Spanish-American war and in fact the first Arizona Rangers were recruited from former Rough Rider ranks. 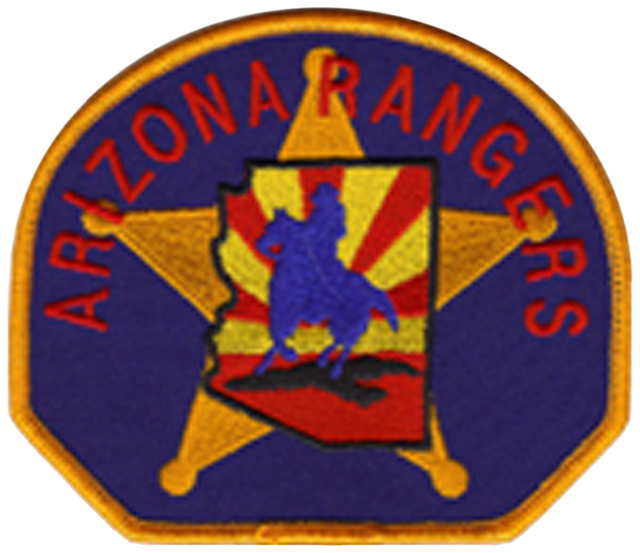 They have badges now
There’s a lawless town, Longspur, and badman Quirt Butler (Steve Brodie) rules the roost. The Governor decides to set up a force of rangers to restore law ‘n’ order and of course asks Bob/Tim to head up the outfit. Equally of course, Tim has Chito Rafferty at his side. Richard Martin is Irish-Mexican Chito again, a role he had in fact first played as an air crewman in the war film Bombardier and had then extended to Westerns as Robert Mitchum’s pardner in Nevada. Chito had been Tim’s comic relief sidekick since Under the Tonto Rim in 1947. They made 27 films together in all. 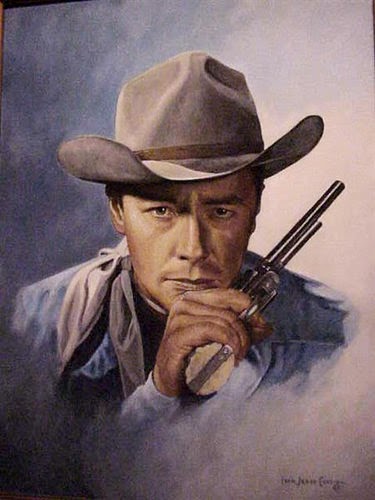 A fine portrait of Tim, rather more serious than usual
The Rangers have an office and wear badges so there’s nothing covert about them. They gallop over nicely photographed black & white Lone Pine locations to the stirring strains of music by Paul Sawtell. Skullduggery is thwarted, order restored, father and son are reconciled and Tim gets the gal (Nan Leslie), all as you would expect.


A satisfactory 64 minutes is had by all and will be had by you too, dear e-reader, should you decide to watch this enjoyable romp.