One mule for Sister Mary

I was always a great Richard Boone fan, ever since a boyhood addiction to Have Gun - Will Travel. He was really best as an out-and-out badman (my favorite role of his was when he was the evil Grimes in Hombre) but he could occasionally also be the good guy. More usually he was a badman who was fundamentally decent, the classic good badman of Western lore. 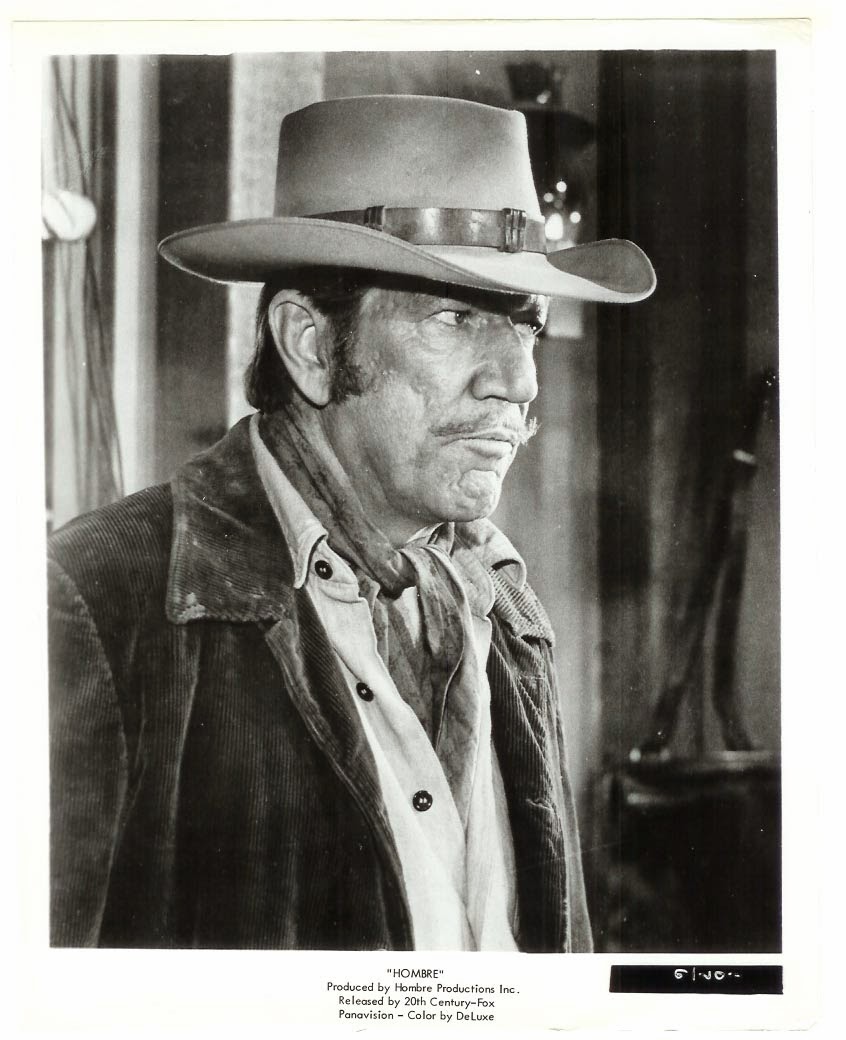 Boone in Hombre
Richard Allen Boone (1917 – 1981) was the son of an LA corporate lawyer, a descendant of Daniel Boone the frontiersman. He was Pat Boone’s cousin. He was Pontius Pilate in The Robe but his first proper (i.e. Western) part was in the Delmer Daves-directed Return of the Texan in 1952 (with Dale Robertson and Walter Brennan) - if you call that a Western. Parts in B-Westerns followed throughout the mid-1950s and of course he was very good as Wick Campbell, the rotten rival to the rich rancher Randy Scott in Ten Wanted Men in 1955. In ’57 he was back with Scott as badman Frank Usher in The Tall T. He was already establishing himself as one of the great Western bad eggs.


CBS’s Have Gun - Will Travel aired from 1957 to 63 (and on radio from 1958 with the excellent John Dehner as Paladin). I will waffle on at length about this splendid series another day. 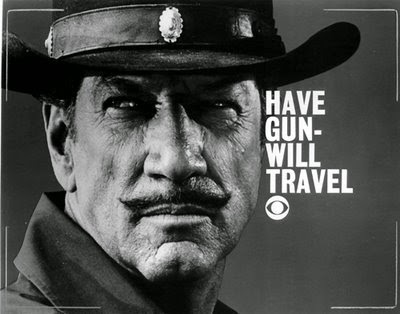 One of the best ever TV Western shows
Like many Hollywood Western leads, however, Boone did the occasional Italian ‘western’ at the end of his career, or at least in his case between the end of Have Gun and and the start of Hec Ramsey in 1972. One such was Madron, a real dud. 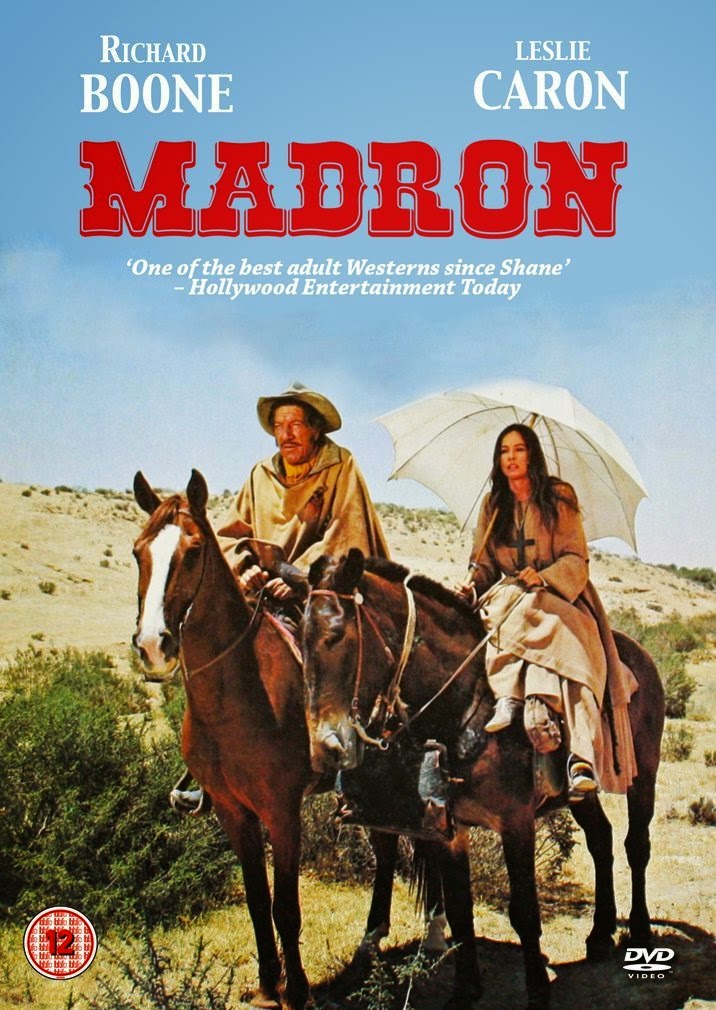 Do not buy the DVD. There is a lie on the cover.
It’s the Sister Sara plot about the tough hombre teaming up with a nun on a mule (the Eastwood/MacLaine picture came out the same year). Wayne and Hepburn used a similar theme in Rooster Cogburn five years later. This time the religious sis in 60s cosmetics is French-born Leslie Caron, in her only Western. She is rather beautiful, though. 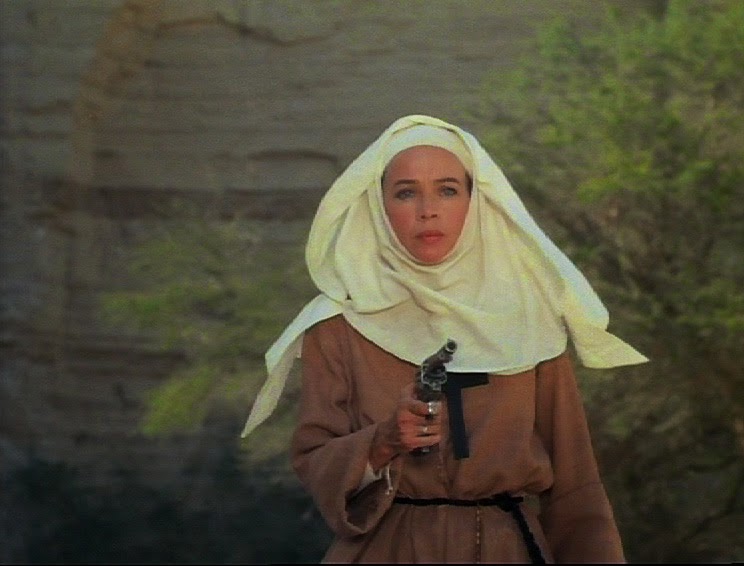 Sister Mary. The West seemed to have teemed with nuns with guns.
The picture is slow and too long. It has bad music (you know, harmonica and electric guitar dross), poor color and is dubbed. The version I saw was heavily censored. It was shot in Israel. It’s a typical Eurowestern, in fact.


It was directed by an American, at least, Jerry Hopper, a former Paramount editor. He had cut his teeth on the clunky Pony Express in 1953 and also directed Dana Andrews in Smoke Signal but was mostly known for TV Westerns, especially episodes of Wagon Train. He also directed Boone a few times in Have Gun. Hopper didn’t have much of a sense of pace (surprising for an editor, perhaps) and his movies all have parts which drag.


Leo McMahon and Edward Chappell wrote it. McMahon did a lot of stunt work on 1930s B-Westerns and graduated to writing TV shows later. It was co-writer Chappell’s only Western. The writing of Madron is plodding. At one point they seem to quote The Wild Bunch but get it wrong, “I wouldn’t have it no other way.”


The hero’s name is pronounced muh-drone with the stress on the second syllable and he wears his poncho. There’s the inevitable pool in the desert so the nun can undress.

Tough hombre in a poncho
On the DVD cover it says “One of the best adult Westerns since Shane” which would be laughable if it weren’t such an arrant lie. I call it One Mule for Sister Mary and it’s lousy, but I don’t suppose they’d want to put that on the DVD cover.