John Wayne was tall in the saddle, or anywhere else for that matter. He had emerged from the wilderness years of the 1930s, where he had braved the cold Winds of the Wasteland of B-Westerns for the whole decade after his promising début in Raoul Walsh’s The Big Trail had failed to launch him to stardom. In 1939 John Ford had taken him up to play Ringo in Stagecoach and things went better from there on. Although Wayne continued for the moment with four more Three Mesquiteers programmers, he appeared in bigger and better pictures like Allegheny Uprising, again with Claire Trevor; Republic’s unusually high-budget Dark Command, also with Trevor; the non-Western but successful Shepherd of the Hills with his mentor Harry Carey; and the big hit Western The Spoilers. And he’d made some popular war films like Reunion in France and The Flying Tigers. So by ’44 he was pretty well known and Tall in the Saddle gave him a good opportunity to establish himself as a top Western star, especially with the likes of Stewart and Fonda away at the war. 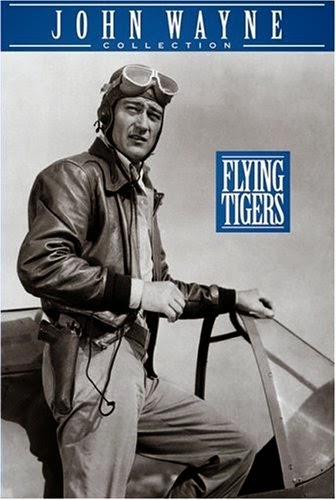 (Celluloid) war hero
RKO’s director Edwin L Marin had worked his way up from B-pictures in minor studios to helming MGM’s successful A Christmas Carol in 1938 but his true métier was in Westerns, especially the seven he made with Randolph Scott, who could easily have done Tall in the Saddle. But this one was produced by Wayne crony Robert Fellows and co-written by Wayne pal Paul Fix (who also appeared in it) and Duke was the obvious choice. In any case RKO had Randy occupied in 1944 making the perfectly dreadful musical comedy Belle of the Yukon, the only appalling Western (if Western it be) Scott ever made. 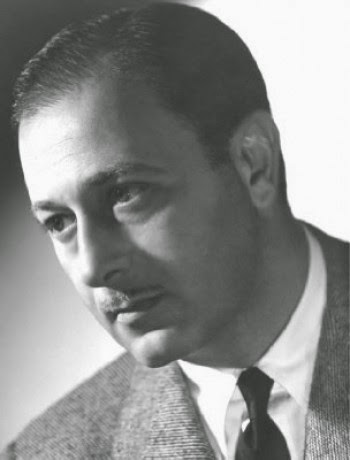 Edwin L Marin
On one level Tall in the Saddle is just the nth black & white B-Western RKO churned out but it turns out to be rather better than that. For one thing it had an excellent cast. Ella Haines (who would head the bill with Randolph Scott in The Walking Hills in 1949) co-starred. Apart from Fix, in a relatively small part as baddy Bob Clews, 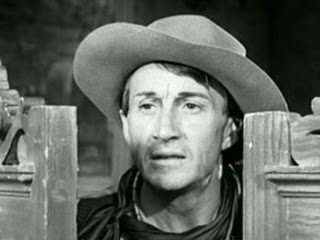 The unmistakable Paul Fix
there are other Wayne stalwarts Ward Bond as the gambler-judge Garvey and Gabby Hayes as the cranky old stage driver/sidekick Dave. 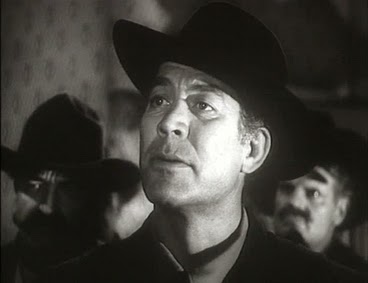 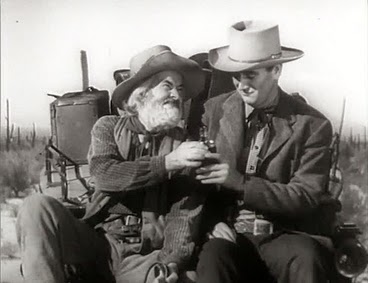 Gabby doing his classic act
Raymond Hatton, who had been in Westerns since The Squaw Man in 1914 and was Rusty Joslin in nine Three Mesquiteers flicks, is also there as Zeke. 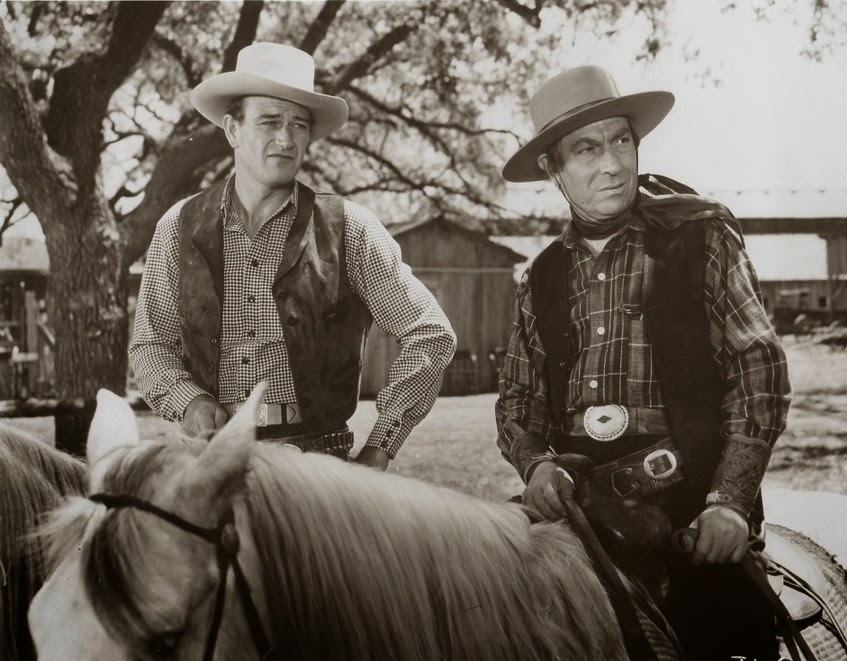 Duke with Ray Hatton
Ben Johnson is a townsman (uncredited) as is good old Russell Simpson, my hero. So the cast was packed with Duke disciples.


In fact the women in the film are all pretty horrid and it’s an almost misogynistic picture. I thought from the dialogue that Raines was named Arly Harridan. It turned out to be Harolday but might just as well have been harridan. Audrey Long is ‘the other woman’, the wet and timid Clara who is hen-pecked by her horrible and unscrupulous aunt (Elizabeth Risdon). When Duke says, “I never feel sorry for anything that happens to a woman” you almost find yourself understanding. The actresses are beautiful and skillful, though, and the Wayne/Raines kiss was considered the hottest screen snog to date.
Which dame will he go for? 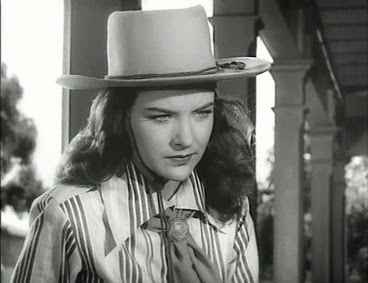 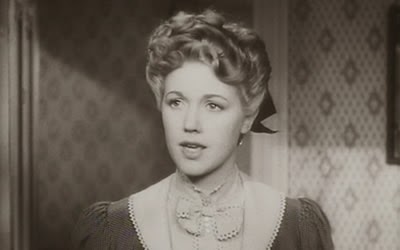 or timid Audrey?
It’s a skullduggery Western with much plot and many nefarious goings-on. There’s a good bit where Ward Bond produces a derringer and Duke holds it with distaste as if it were a whore’s pocket gun and says, “Yours?”


Duke as the hero Rocklin is the classic tough hombre. He was beginning to establish a Western persona now and this kind of role would last him the rest of his career. 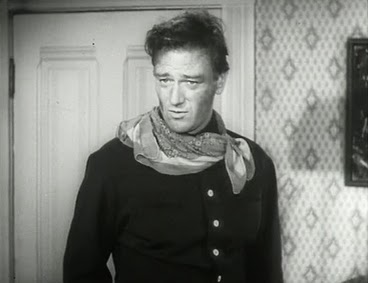 Duke establishes his Western persona
Really, Tall in the Saddle is a big B-Western. It’s certainly a key part of the Wayne canon and worth a watch, though hardly Stagecoach, or even Dark Command. 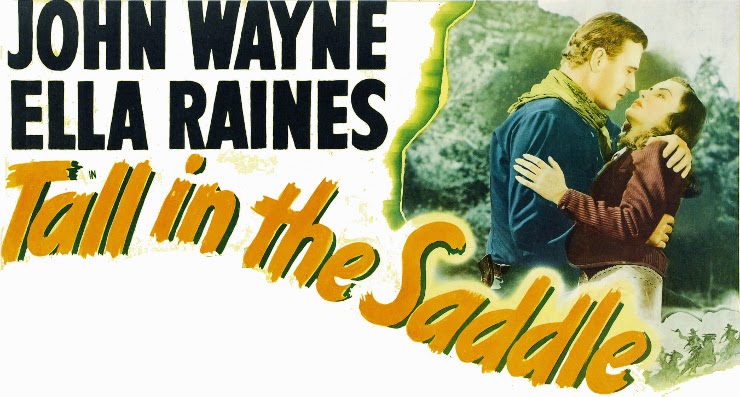