In 1898 Stephen Crane published a short story in McClure’s Magazine entitled The Bride Comes to Yellow Sky. It tells of Texas marshal Jack Potter returning to his town of Yellow Sky with a new bride and coming up against the drunken gunfighter Scratchy Wilson, who has treed the town in Potter’s absence.


The story inspired a 1967 opera of the same name but also a film. In 1952 RKO released a rather curious two-story picture known as an ‘omnibus feature’ which had James Mason starring in a 50-minute version of Joseph Conrad’s sea story The Secret Sharer and a 40-minute treatment of the Crane tale starring Robert Preston. I’ll skip the non-Western first story here (a rather poor adaptation in which one character says, “Not like you and I, Mr. Robinson,” a solecism that Conrad would never have allowed) and look at Yellow Sky. 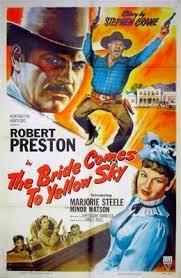 Even in the poster Minor Watson is overdoing it
Yellow Sky is not the ghost town Stretch Dawson came to in the WR Burnett novel, nor where Gregory Peck met Anne Baxter in 1948, in the movie of that name vaguely based on it, but a town “on the Texas plains at the turn of the century”. Marshal Jack Potter (Robert Preston, excellent as ever) leaves his prisoner to let himself out and go get food at the saloon while he, the lawman, sets off on a “business trip” to San Antone. How the nosey townsfolk long to know why he goes there so often! But he doesn’t let on.


All is revealed (to us) though when we see him returning on the train with beautiful young Marjorie Steele as his (unnamed) bride. Ms. Steele, 22, is charming and clearly in love with the marshal. It was her only Western; indeed it was one of only four films she made. She was the producer’s wife.

Bashful
Marcellus T Wilson, known to the town as Scratchy, is played by Minor Watson, rather hamming it up, it must be said. Mr. Watson normally specialized in jovial, friendly doctors and uncles and the like but here, aged 63, he lets himself go as the all-round meanie. 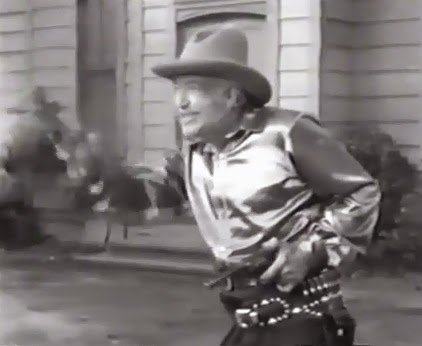 Scratchy Wilson
Olive Carey is Laura Lee, the tough, no-nonsense woman behind the bar in the saloon, so that’s good. 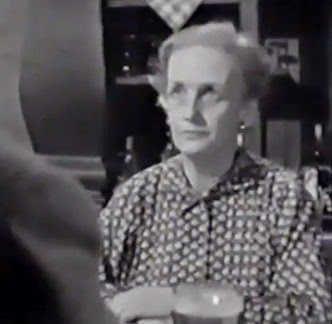 Olive Carey tends bar
There are echoes of High Noon (the same year) as the treed town depends on the single-handed marshal, but there is no final shoot-out. 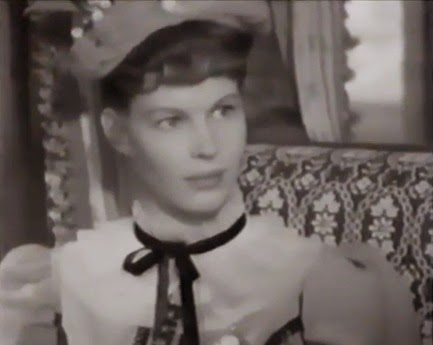 Marjorie Steele as the bride
The Crane story was adapted by James Agee. It was his only Western but he clearly had a lot of fun. 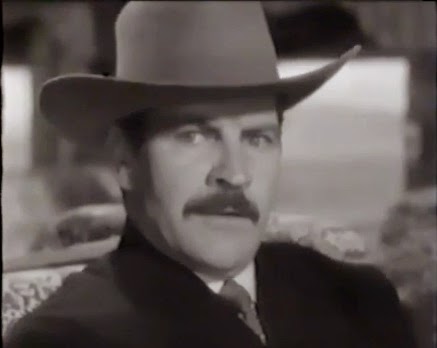 Always good
I would watch this for the curiosity value and because Preston is always worth seeing. He keeps his usual charming roguery in check in this picture. But I wouldn’t pretend it’s High Noon… 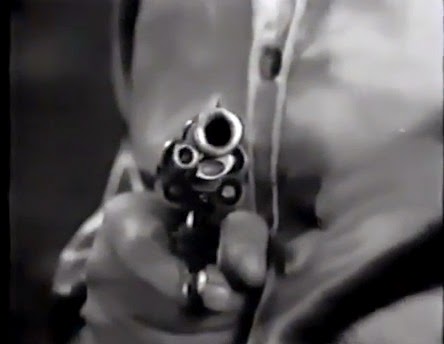