Carson City, Nevada, 1897. Automobiles, shower baths, streetcars. One of the characters in the film says, “This isn’t the Wild West anymore”. You wouldn’t know it, though, from the movie. “Johnny Ringo” is there and Dale Robertson with two guns. There’s much gallopin’ and shootin’. 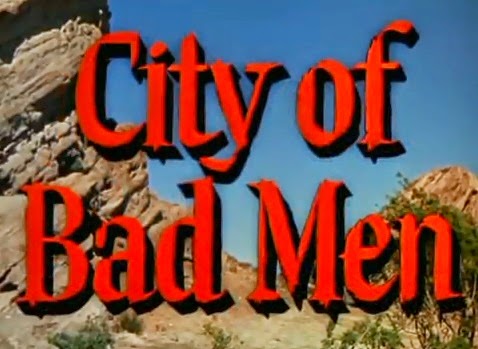 Definitely watchable
City of Bad Men is a Western heist picture and not bad. It was pre-Tales of Wells Fargo Robertson’s ninth Western. He made three in 1953 alone (this one, The Silver Whip and Devil’s Canyon - yet to be reviewed) and was looking very comfortable in the saddle (in fact he always rode well). In later oaters, such as Dakota Incident (1956) he managed to loosen up a bit, smile and so on, but in many of his Western pictures he has a bit stiff and formal, though I don’t say wooden. City of Bad Men is typical in that regard. Still, he had a certain Western toughness about him. 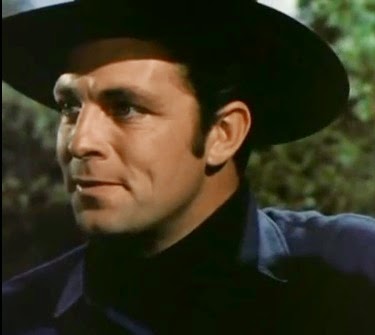 Tough guy Dale
On March 17, 1897, in Carson City, Nevada, British-born New Zealander prizefighter Bob Fitzsimmons met the American James ‘Gentleman Jim’ Corbett, generally recognized as the World Heavyweight Champion since he had beaten John L Sullivan in 1892. Fitzsimmons won by a knockout in round 14. This is the background for the story. 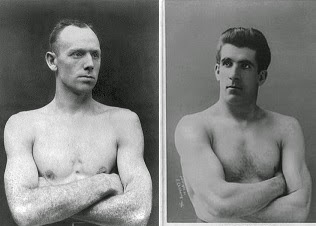 Bob Fitzsimmons vs. Gentleman Jim Corbett
Amazingly, the fight was filmed, by Enoch J Rector – it was the first ever widescreen motion picture and at 100 minutes was then the longest-running film ever made. You can see part of the film on YouTube here. 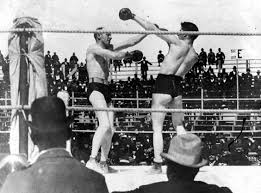 The fight was filmed
Many famous people attended as spectators. Wyatt Earp covered the fight for The New York World.


Huge amounts of money changed hands. The total revenue brought in by this fight was said to be an amazing of $2.7 million. Fitzsimmons earned a purse of $15,000, Corbett’s stake money of $10,000 and $13,000 from the film rights. Betting on the bout was also huge. One bookmaker from San Francisco had to employ four Pinkerton detectives to guard gold worth $150,000 which was paid out the day after the fight. In City of Bad Men, bandit leader Dale sets his sights on this cash haul.


But two other bandit chiefs have the same idea, Johnny Ringo (a young-looking Richard Boone, one of the best badmen ever) and Bob Thraikill (Don Haggerty, Marsh Murdock in Wyatt Earp on TV). The sheriff shrewdly appoints all three as deputies until the fight so that their gangs will not war on the streets. 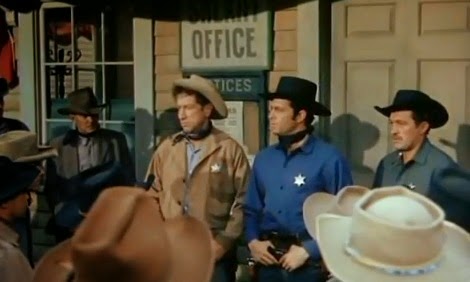 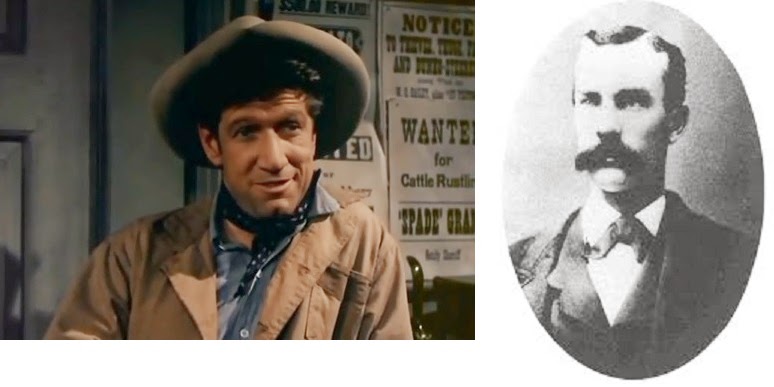 John Ringo
The sheriff already has a whole heap of deputies, including James Best. 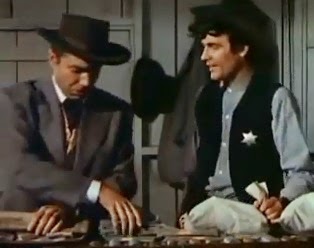 Deputy Jim Best
I glimpsed Frank Ferguson and Percy Helton among the watchers at the Corbett training camp. Harry Harvey was the saloon waiter. You see, everyone good was in it. 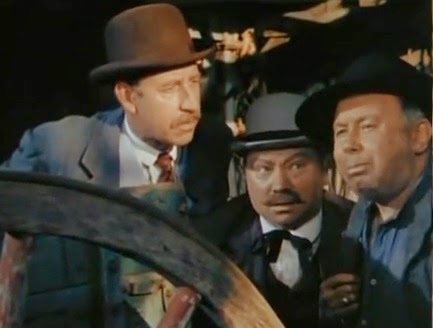 Left, Frank Ferguson; center, not sure (leave a comment if you know); right, Percy Helton
You’re beginning to see, aren’t you, how good the cast is. Well, wait till I tell you the composition of Dale’s gang. With him are his punk kid brother, Lloyd Bridges (Skip Homeier would play the same role in Dakota Incident); and John Doucette is the heavy Cinch.

The gang, Dale, Lloyd, John...
Then we have Leo Gordon as back-up tough guy Russell, Rodolfo Acosta as the cheerful rogue Mendoza and Pascual Garcia Peña as the renegade ex-general with them, whom they uncharitably call Pig. It’s a great gang. If only Dale had known that the Mystical Western Number is seven and no gang comprised of six members was ever going to succeed. Oh well.

...Leo, Rodolfo, Pascual
The fight isn’t too well staged and the boxers (Gil Perkins as Fitzsimmons and Jon Daheim as Corbett) seem a bit amateurish. Mind you, they do a bit on the old film, too. But I’m sure it was deceptive. Doubtless they really slugged it out. Queensbury Rules were in force by then and gloves were used. For some odd reason, the MC announces “Welshman Bob Fitzsimmons”. Fitzsimmons was born in Cornwall before emigrating to New Zealand with his family aged nine.

Dale dallies between two girls, as was expected in 50s Westerns, Carole Mathews and Jeanne Crain. There are no prizes, though, for guessing which one he eventually goes off with. 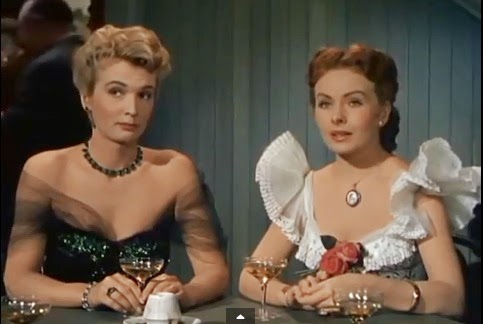 Some of the movie was shot out at Vasquez Rocks, though most was done in town and in the studio. Charles G Clarke was at the camera (the 1939 Frontier Marshal, These Thousand Hills, Flaming Star, etc.) so it’s well handled from that angle. The Technicolor is bright, even garish. The movie was directed by Harmon Jones, a Fox editor who wasn’t quite so good once he donned jodhpurs and picked up the megaphone. His first Western as director was the same year, also with Dale, The Silver Whip and in ’56 he directed Robertson again in A Day of Fury. 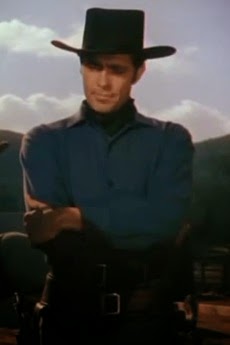 Dale Lymoine Robertson (1923 - 2013)
Well, it all ends badly for most of the badmen. There's a good bit with a swinging punchbag. But Dale survives and gets the girl, you will be amazed to hear. Hope that wasn’t a spoiler but I have a shrewd idea you guessed anyway.


Definitely watchable. I've gven it a three-revolver rating because of the cast. 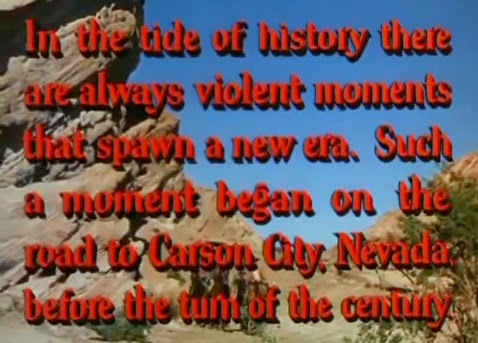