Christmas in Absaroka County and Messenger by Craig Johnson

The last time we met Sheriff Walt Longmire of Absaroka County, Wyoming was when we discovered that crows rarely fly directly from A to B, or indeed anywhere else. As The Crow Flies is the ninth episode (and eighth novel) of the Longmire series.


The ninth novel is A Serpent’s Tooth (2013) but before then we have some more short stories: Christmas in Absaroka County, an e-book published in 2012, and Messenger, a short story of April 2013.


If you want to backtrack first, the previous tomes have been:


Christmas in Absaroka County contains four short stories, all set, as the title tells you, in the depths of a Wyoming winter. I have only been to Wyoming on (wonderful) summer visits but I know they have winters up there. 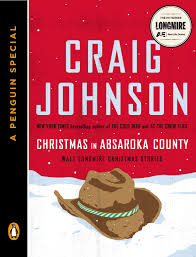 By this time we have got to know Walt. Indeed, he is like his dog Dog, friendly and companionable, but he can be tough when the need arises. Opening another Longmire story (or in this case clicking on it; sad, isn’t it) is like shoving an old favorite hat down on your head. It just feels right.


The first story, Ministerial Aid, is set on New Millennium’s Day so Walt is reminiscing a bit. He drives down to Powder Junction in the south of his enormous county (bigger than some states) where he keeps a sort of sub-station staffed by his least fortunate and most junior deputy. We learn that Walt’s wife died a few months ago, so in mid-1999 some time. We have often heard about Martha in the Longmire tales and Walt is a friend to us now so it’s good that we are going to find out a bit more about Martha and her fate and how it dealt such a blow to Walt, as it would to anyone. 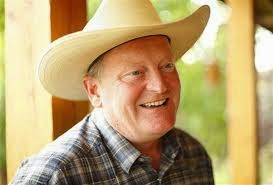 Craig Johnson
But not quite every widower, perhaps, would, as a consequence, drink himself into a stupor, stop showering and shaving (there is even Lear-like wildlife in his beard) and drive down to Powder Junction on New Year’s in a bathrobe. Martha’s passing sure seems to have hit Walt hard. History does not reveal if Walt had his sheriff‘s badge pinned to the robe.


A Methodist preacher calls the police because there is an old lady who has been parked all New Year’s night in the lot in front of a gas station. And she has a knife. Walt answers the appeal for help and drives out there. The old woman has told the preacher that she is waiting on the Messiah. When Walt gets into the passenger seat to talk to her, beard, bathrobe and all, she believes she has found him.


Now Walt is a very decent fellow and all that but the likelihood of his being Jesus come again is pretty remote. Still, the woman is convinced. He persuades her to drive home with him and the lady introduces Walt to her husband. ‘Jesus H Christ,’ says the husband. ‘Exactly,’ the old dear replies.


Well, I won’t say more. Read the story. But I can reveal that at the end it occurs to Walt that there might just be a future. 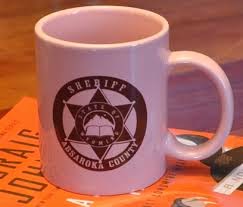 I may have to get one
The second story is called Slick-Tongued Devil and tells us more about Walt and Martha. It’s Christmastime 2005. Walt is alone in his cabin and sees an owl. Avid readers will know already that this is a Cheyenne symbol of death, or at least a message from the other world. Walt is then visited by a Cadillac-driving bible salesman. I can’t say more without giving the plot away. But it’s a rather moving tale and shows how Martha is still present in Walt’s life and is still having an influence on him, softening him in a way.


Toys for Tots is also a very good story and gives us Walt at his typical best. He is up in Billings meeting Cady at the airport (you know Cady is his daughter, right?) and she insists on going to the mall to do some Christmas shopping, a fate which Walt, sensible fellow, considers to be slightly worse than death. She decides to buy him a weather radio at Radio Shack. He doesn’t want one but knows she will be pleased to give it to him so he goes along. While she is inside he meets a sympathetic character, a Marine chaplain on medical leave, collecting toys for orphans. Semper fi, Walt gets talking. In a very few paragraphs the chaplain is limned and Walt draws out something of his life and family. It’s done touchingly. Then… But no, I won’t say what happens then.


The last story is Unbalanced. It’s again set up in Montana, for the same Cady/airport reason. In a season-of-goodwill gesture, or maybe just because he’s Walt, he picks up a waiflike girl in a gas station and gives her a ride. Walt is nothing if not observant (in fact sometimes his observational skills are positively Sherlockian) and he sees the white plastic medical bracelet on her arm marked with the name of a mental hospital in Tennessee. And an old revolver the girl is hiding on her lap.


As it did with the chaplain in Toys for Tots, so now the character of the girl comes out. Mr. Johnson is very good at this. In a very few pages she becomes a real person. We can almost see her and know her. And we get the feeling that when Walt drops her off her life might be just a little bit better from now on.


There you go. Four nice stories which are enjoyable in a Waltish way and give us a bit of background too. Recommended. 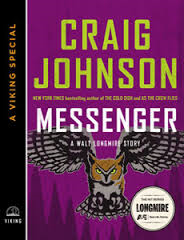 The stand-alone longer short story Messenger is a summer one. It has a comic side as Vic is held by her ankles by Henry and Walt as she dives into a Porta Potty but it also has a rather typical Cheyenne owlish aspect as Walt becomes convinced that the bird trapped down in the cesspit is the spirit of his yet unborn granddaughter. Yes, I know, but if you read and like the Longmire stories you have to put up with a little mumbo-jumbo every now and then.


We get to know more of the character of all three people (and the owl) and we get some bears. They (Walt, Henry and Vic, not the bears) have come up into the wild area in Rezdawg so Walt gets to hate the truck a bit more. Longmire-istas won’t want to miss this one. Especially as it transpires that Cady wants to name her soon-to-be-born daughter after Henry's automobile. 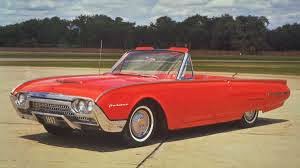 Though Lola is blue
So long for now, e-pards.