Drive that tunnel through, whatever the cost

Hard Money is quite an early Luke Short, the eleventh of fifty-three Western novels. It was first serialized in the magazine Argosy in 1938 under the title of Golden Acres.


Many Luke Shorts were knowledgeably based on one or other aspect of working in the West, cattle driving, mining, freighting and so on, and this one is about tunneling. The hard money of the title is the capital that self-made-man Charles Bonal is trying, with great difficulty, to raise in order to drive through a tunnel which will drain a number of rich mines which are being flooded. So we get quite a lot of interesting info on nineteenth century tunneling, though lightly presented and not over-technical.

But the real hero is Phil Seay, a younger version of Bonal who has made his way in all sorts of métiers in the West and is now running a saloon he has won from the previous owner at faro. Bonal recognizes his qualities and recruits him (by winning the saloon in his turn). Seay turns out to be an outstanding tunnel boss who rapidly earns the respect of his crew. Of course there is a cave-in (deliberately caused), allowing Seay to move heaven and lots of earth to save the trapped workmen, earning their undying (for they survive) gratitude. 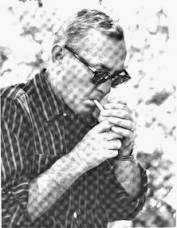 Luke Short
Naturally, too, Bonal has an attractive daughter, Sharon, and equally naturally Seay gradually falls for her despite mutual dislike at first. As is also conventional, there is another, slightly racier dame, Vannie, and Seay dallies with her before finally realizing that true love lies in the arms of Sharon.


The evil mine boss out to thwart (no other word but thwart will do) the Bonal/Seay tunnel scheme and cash in for himself is a muscular villain, Feldhake, backed up by various flunkies and henchpersons. There is a final confrontation. You may guess who wins out. 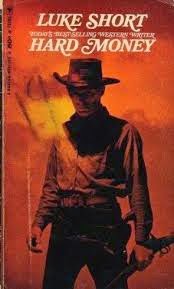 Yes, all pretty conventional, I suppose, and there is little original or new about the resourceful Western hero who, through grit and skill, outwits the bad guys and gets the girl. But Hard Money, like all Luke Short books, is well written, tightly plotted, authentic and it rattles along. The characters are strong and appear real people, with their weaknesses as well as strengths.


Definitely worth a read, e-pards.


Other Luke Short novels reviewed on this blog: