Hell Is Empty by Craig Johnson


Longmire, to Hell and back

In Act 1, scene 2 of The Tempest, Ariel says that the king’s son, Ferdinand, cried as he leapt from the ship to make for the island,


“Hell is empty
And all the devils are here.”


It is perhaps a little surprising that Craig Johnson should use some Shakespeare for his title rather than a quotation from Dante’s Inferno because Hell Is Empty, the seventh Walt Longmire mystery, is his most ambitious work so far and is based on the first part of the Divine Comedy (though in translation rather than 14th century Italian). You almost get the idea that Mr. Johnson deliberately invented the character of Virgil a few books back so that Walt would have an appropriately named guide through the icy inferno. Maybe he did. 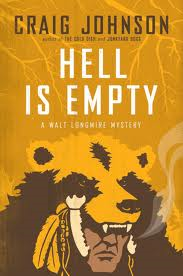 In a way this is not a ‘Walt Longmire mystery’ at all; we know who dunit at the outset. In that sense it is unusual. This volume is not so much mysterious as mystical. And if, like me, you don’t care for mumbo-jumbo that much, you might not have quite so much patience with it. We did put up with Walt hearing the voices of long-dead Indians when he saved Henry before but it’s a bit overdone here. There is a great deal of Indian lore and there are ghostly apparitions galore. 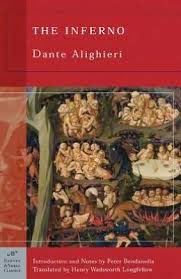 Still, when it comes down to it, Walt sets off alone (the other Durant characters play very little part in this one, though rich Omar helps out again) to track a monstrous killer named Shade (geddit?) through the Bighorn Mountains in the dead of winter. Of course he receives more than his fair share of buffetings, one way and another, and nearly dies (again) but survives to tell the tale – in the first person. And if the body count was high in previous volumes, boy howdy, it’s stratospheric here. Northern Wyoming is littered with the corpses of lawmen and bad guys (those devils who had vacated Hell). Durant morgue is going to be working overtime. You thought Wyoming was the safest part of the US, with the lowest murder rate? Think again. You’d be safer moving to Detroit or New Orleans. They only have two or three hundred homicides a year there.


One of Walt’s most likeable (and most Western) features is that he knows when a man’s gotta do what a man’s gotta do. And does it. Often he does it in the teeth of all advice. Maybe he does it from obstinacy but no, really he does it because it’s right to do it. He won’t give up, ever. He pursues those devils through the icy wastes. He makes the point that there is very little about Hell in the Bible. Most of what we “know” about the place comes from Dante Alighieri. And while Dante did have hellfire, the lowest reaches, reserved for the traitors, were not hot but freezing. There were the betrayers, Virgil pointed out to the Florentine poet, frozen in the gelid lake of Cocytus. Cain is there, immersed up to his chin. Poor old Judas Iscariot is completely submerged under the ice. Brrr. 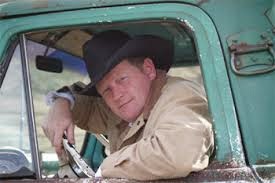 Some mystery, some whodunitism, is provided by the fact that Walt is warned about traitors and can trust no one, not prison van drivers or FBI agents or even dead Indians. Are they traitors? He doesn’t know. Nor do we.


There is a pleasant leavening of humor. Walt continues to wisecrack his way through the story, and Johnson amuses himself (and us) by writing lines such as “Jesus, Virgil, Dante saved your life!” You see, Shade’s high-powered bullet hit the fat paperback, “like a cliché from an old pulp western” (though it was usually a watch there) and punched through the pages only up until the Canto XXXI before giving up the unequal struggle.


Cady isn’t married yet. Henry is still arranging the ceremony. But she’s going to have a baby girl. Virgil tells Walt and Walt tells Cady.


He doesn’t lose his hat this time. In fact he goes to some lengths to retain it.


These books have evolved since The Cold Dish and the character of Longmire is evolving with them; It will be interesting to see how. Next in the sequence is an eBook short story, Divorce Horse, and the next novel is As The Crow Flies. Stay tuned to this blog to find out how it all pans out…