Another Man’s Moccasins by Craig Johnson

The fourth of Craig Johnson’s Wyoming police procedural novels with a Western tinge, after The Cold Dish (2004), Death Without Company (2006) and Kindness Goes Unpunished (2007), is Another Man’s Moccasins (Viking Penguin, 2008). Although in some ways Kindness Goes Unpunished was the least Western of them to date, being set in Philadelphia and essentially an urban crime drama, in other ways Another Man’s Moccasins, despite being set back in Wyoming, is less Western because it is the Vietnam book. 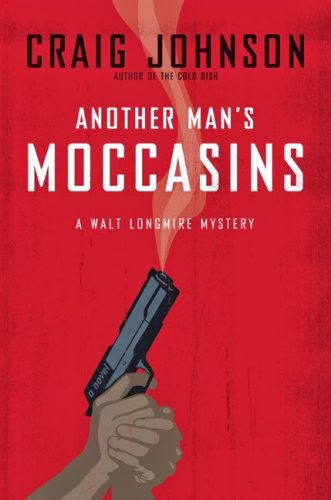 Vol 4
We knew that Sheriff Walter Longmire and his Cheyenne friend Henry Standing Bear had served in Vietnam. This novel is one of those two-in-one plots with parallel (typographically distinguished) mysteries going on, one in present-day Wyoming and the other in the lead-up to the Tet Offensive in 1967/8. The two plots are thematically linked (the Wyoming one concerns the murder of a Vietnamese girl) but essentially distinct. 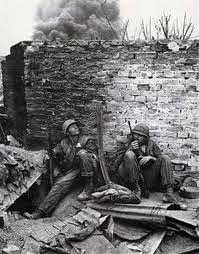 Tet
The title, which reminds us of the John Simon song, comes from an old Indian prayer, “Great Spirit, grant that I may not criticize my neighbor until I have walked a mile in his moccasins.” The moccasins concerned are those of a giant Indian found living in a culvert under the highway and at first prime suspect for the murder. But when Walt learns of his life and what he has suffered and has walked a while in his shoes, he builds a rapport with the guy and lets him go.


On one level this is just a straight whodunit, or in this case two whodunits, and on that level I must avow that I guessed quite early, both in Wyoming and Vietnam, who did indeed dun it. But it’s the Western-ness which gives these books their charm. Walt is no Raylan Givens and the TV Longmire is certainly no Justified but in a much more down-home, country-sheriff way Longmire is an attractive hero. There’s also the soap-opera tinge to the extended tale as we follow other characters like daughter Cady (rehabilitating back in Wyoming after her Philadelphia assault and getting it on with Vic’s brother – we’ll see how that pans out) and renew acquaintance with stalwarts like dispatcher Ruby and places like the Busy Bee diner.


Where is the mythical Absaroka County? Well, it has to be Johnson County, doesn’t it? Talking about body dumps, Walt says,


To the north, Sheridan County has two unsolved, and Natrona County to the south has five.


We know that Sheridan is the nearest ‘big’ town and the foothills of the Bighorns lie to the west, where Butch Cassidy and the Wild Bunch had their Hole in the Wall hideout, which features a lot in this episode. Still, who cares, really where it is. 'Somewhere in Wyoming' will do fine.


There are several other Western references, such as (naturally) to The Virginian. When a Vietnamese bouncer in the red light district invites young Walt to make love to himself and calls him the issue of a female dog, he “slowly smiles his best Powder River grin” and replies, “Smile when you call me that.” 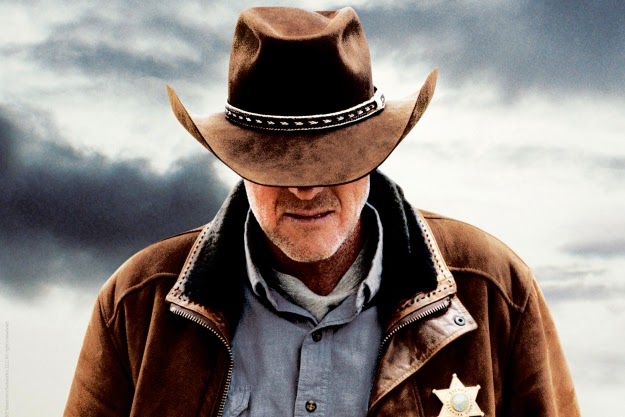 Smile when you call me that
Once you are ‘into’ this series you’ll have to read Another Man’s Moccasins but anyway it will repay a purchase in terms of enjoyment, especially for Westernistas who also happen to like hard-boiled detectives. Enjoy.