The Mescalero-Chiricahua spiritual and war chief Goyaałé, known to history as Geronimo, has appeared in many Hollywood movies and TV Westerns. The first time (that I know of, correct me if I am wrong) was in Hawk of the Wilderness in 1938, played by Tony Urchel. There were no fewer than 19 screen Geronimos in the 1950s. Jay Silverheels played him three times (Walk the Proud Land, The Battle at Apache Pass, Broken Arrow). Usually, Geronimo was a player, sometimes a minor player, in Cochise dramas. He rarely starred in his own. An exception was in 1939, in a film called simply Geronimo, a turgid and unhistorical affair, in which Chief Thundercloud impersonated the Apache chief, and then in 1962 it was square-jawed Chuck Connors’s turn. Of course in 1993 there were two more, one on TV and the Walter Hill movie.


A frequent problem with screen Geronimos is his age. He was born in 1829 (and died from pneumonia in 1909). At the time of his 1886 surrender, therefore, he was in his late fifties and he was eighty when he died. Hollywood Geronimos tended to be young or youngish and handsome (Connors was 40) and they don’t really capture his ‘elder statesman’ nature. Nor do these films show his clairvoyance or religious role. He is always just a redoubtable young warrior. 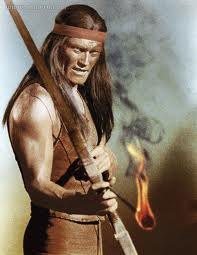 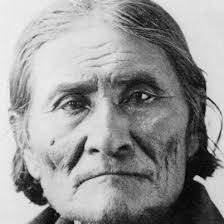 Geronimo as Geronimo
The 1962 film is really one part history and 99 parts melodramatic hokum. It starts in 1883 with Geronimo’s first surrender, to a poisonous, sadistic Indian-hating Army officer, Capt. Maynard (Pat Conway in gunfighter’s two-gun rig over his uniform – I think they are the guns he wears in Tombstone Territory) but Geronimo’s stay in San Carlos only lasts three days before he busts out again. He does this partly because he believes it wimpish to farm and live ‘like women’ as his friend Mangus is doing (a very Polish Mangus from the Lower East Side played by Ross Martin), partly because he is not treated with the dignity becoming a chief and partly because of the corrupt Indian Agent Burns (a Bible-thumping John Anderson) who is stealing Indian land for personal gain. So off he goes, and Mangus realizes he is right and goes with him.


There’s a Gatewoody figure, Lt. John Delahay (Adam West – funny to see Batman in a US Army uniform) who is much more sympathetic and humane and he does his best to control the slimy Maynard. Finally, though, Geronimo does for Maynard with a fire arrow shot into his cannon, ha ha. 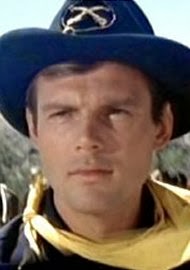 Adam West, US Army
General Crook is there (Lawrence Dobkin) and he is not replaced by General Miles. Sadly, however, there is no part in the story for Al Sieber or Tom Horn. Dobkin as Crook
At the last minute there’s a Denver ex machina as a Senator (Denver Pyle) sent by President Cleveland waddles up the Mexican mountain in a caped coat to assure Geronimo of the great white father’s bona fides, and so Geronimo surrenders again (it’s 1886 now) and they all live happily ever after. 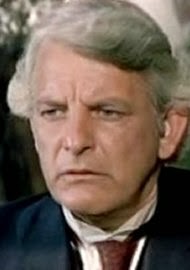 Senator Denver
Geronimo has a fair Indian maiden to woo and wed, obviously. They used a real Indian for this part: Kamala Devi was born in Bombay. Actually it was love on the mountain indeed, for the following year, 1963, Miss Devi became Mrs. Connors.

Mr. & Mrs. Geronimo
To be fair, the opening titles to this movie do say that fact and fiction have been blended. So it’s OK to have this footling farrago. It’s the ones that mendaciously claim ‘this is how it really happened’ that I don’t like.


I think that was Lorne Greene doing the intro voiceover.


The film was directed and produced by B-movie and TV old hand Arnold Laven and written by him and Pat Fielder (who wrote quite a few episodes of The Rifleman for Chuck). The script gives us a hopelessly macho and misogynistic hero for this day and age and seems very early 60s to us now. The Alex Phillips photography is nice, I must say, and the Durango locations suitable and attractive.


There’s a bit ripped off from Hondo where Geronimo and his braves come across a farm woman who pretends her husband is just away temporarily and will be coming right back, whereas he’s dead. She has a young son, though the boy looks rather a simpleton and nothing like the excellent Hondo boy.


Well, you could watch this, I suppose. 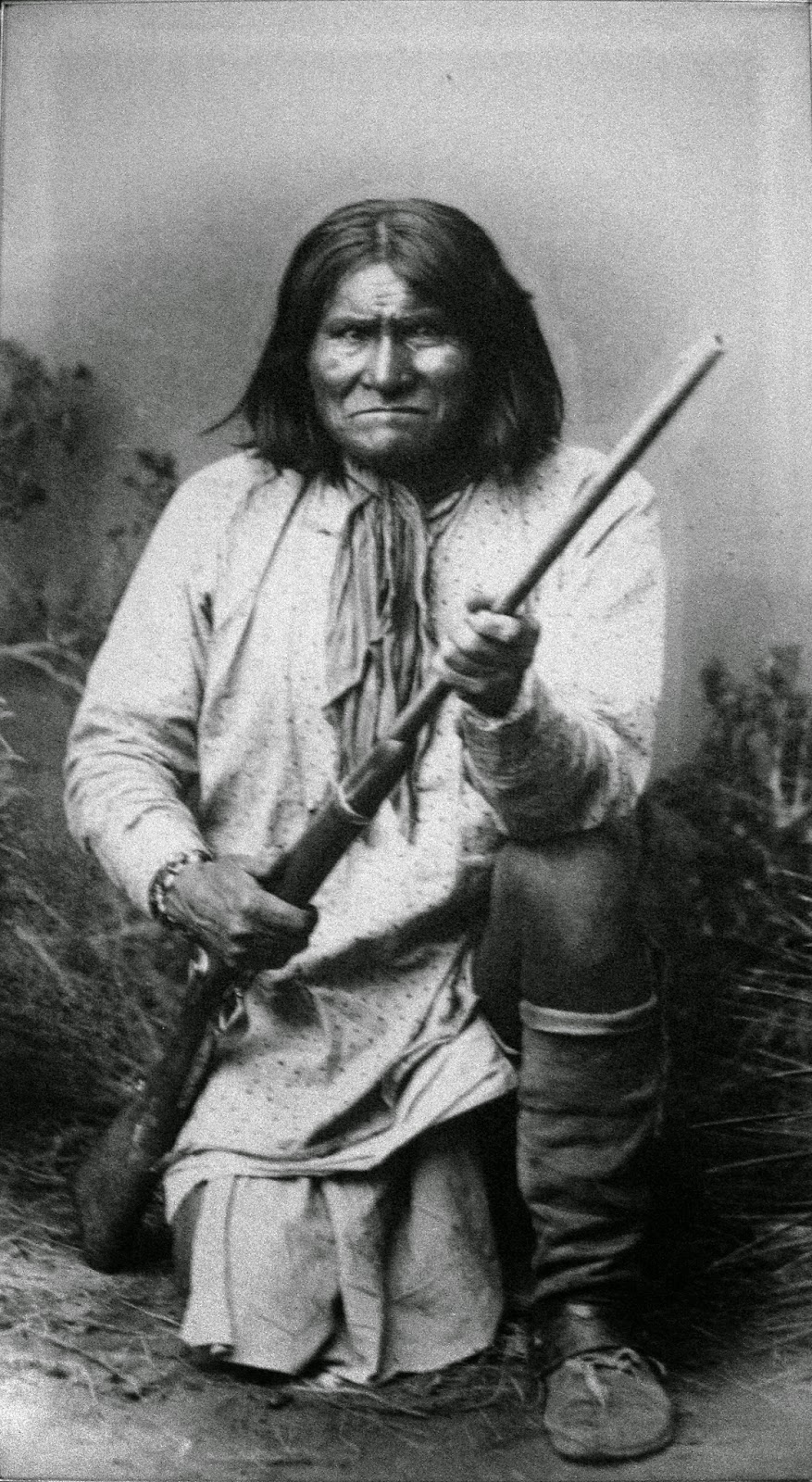