Gunslingers and a girl with a derringer

Showdown at Yellow Butte, one of seven novels that Louis L'Amour set in New Mexico, was a very early Western by Louis L’Amour, first published in 1953 under his pseudonym of Jim Mayo. It came right after Hondo, the book he had written as a novelization of the John Wayne film. 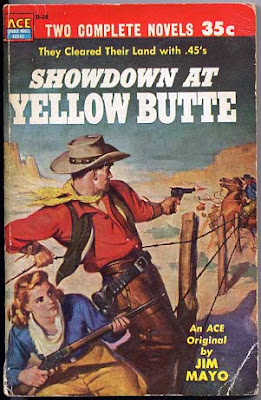 Great cover
It is probably not the equal of Hondo but is still a whole lot of fun. Early L’Amours of this kind remind me very much of Luke Short and I am sure L’Amour must have read Short and been influenced by him. It’s a classic 1950s oater that could so easily have been made into a movie, one of those B-Westerns starring Randolph Scott, for example. There are all the expected elements: skullduggery, gunslingers, a brave hero who wins the day and gets the girl.


Former soldier Tom Kedrick signs on as gun for hire to clear away outlaws squatting on land owned by certain men in the town of Mustang, NMT. It soon transpires, however that the squatters are not outlaws at all but decent homesteaders and it’s a classic settlers-against-the-company plot. Kedrick changes sides and fights for right. 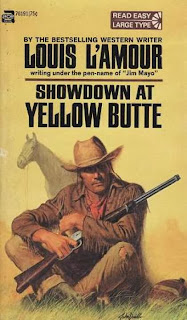 You won't be disappointed
He’s a bit like Shalako, a later hero, because he’s fought all over the world, not only as a captain in the Civil War and sergeant in the Indian wars but also in the Franco-Prussian War, in the 2nd Ashanti War and even held the rank of General in the campaign against the Tungans in China… He’s also, though, a tough hombre and quick on the draw. The bad guys don’t have a chance.


Various slick gunslingers sign up for the company and there’s one on the settlers’ side too, as well as a former frontier marshal.


That’s one weakness of L’Amour: there’s a lot of authenticity in his tales but he did go a lot for the quick-on-the-draw gunslinger. Well, it was the 1950s and we had all been brought up on that myth. 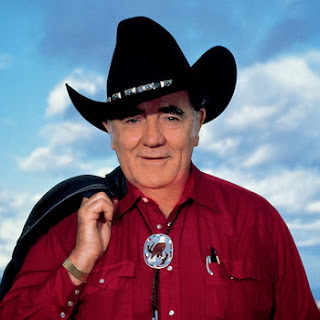 Louis
The opening two and closing two sentences of the novel are the same:


Everything was quite in Mustang. Three whole days had passed without a killing.


We are told that both Clay Allison and Black Jack Ketchum are in the saloons gambling and looking mean. Sadly, however, they play no part in the story. Still, never fear, we’ll get all the gunfights and fistfights we need.


There’s a Welshman whose ‘Welsh’ dialect is rather overdone, look you, boyo. But it could have been worse. 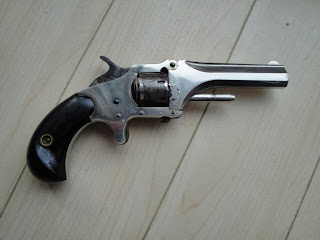 Wow.
And, still on the subject of unusual guns, the final showdown of the title hinges on the fact that the hero shoots six shots, emptying, the villain thinks, his revolver. But nay! He shoots a seventh and the villain is done for. How come? Well, he is using a Walch!

Invented by John Walch in 1859, the Walch Navy revolver was a .36 caliber cap-and-ball pistol that, remarkably, held 12 rounds.  The cylinder had 6 chambers, but each chamber had two nipples for percussion caps and each chamber was loaded with two superimposed charges, one in front of the other.  The revolver had two triggers and two hammers.  Cocking the first hammer would rotate the cylinder and cock the first trigger.  When the second hammer was cocked, it also cocked the second trigger. 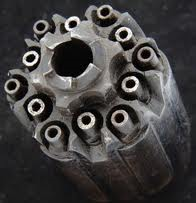 While Walch’s revolver had the advantage of having twice the number of shots as any other gun, the system was complicated, unreliable and dangerous.  Two shots could be discharged simultaneously. They were also hard to produce and more expensive than Colt revolvers.  Only 200 Walch 12-shot pistols were ever produced between 1859 and 1862. But Louis knew his firearms.
The book has a mystery rider on a mouse-colored grulla who haunts the action. Is it a ghost? Is it a bird? Is it a plane? Actually, though, it turns out to be the only person it could have been, which was a bit of a let-down. Never mind.


Connie Duane (I’d cast Karen Steele) is the niece of one of the bad guys, and it’s her money the conspirators are using, but she doesn’t care for the plot at all and is brave, noble and true. Guess who she teams up with at the end?


And you get a seven-shot derringer!