Forty Lashes Less One (1972) is a 1909 prison story and only really becomes a true Western in the closing pages, when convicts from Yuma Territorial Prison escape and are chased through desert country as they flee towards Mexico. There is no whipping in the tale; the title refers to St Paul’s boastful account of his own sufferings in his second epistle to the Corinthians. The prisoners, especially the Mexican Raymond and African American Harold, do, however, suffer almost every torment in Yuma except whipping. 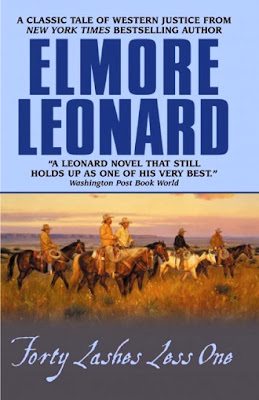 Yuma Territorial Prison opened - or should I say closed - its gates to the first convicts in 1876 and finally threw wide its doors for good in 1909 when the facility was transferred to Florence, AZ. During the little over 30 years of its operations it housed just over 3000 prisoners, including 29 women. The two women still there in 1909 play a significant part on the story. Scout and lawman Buckskin Frank Leslie and inept stage robber Pearl Hart were among the incarcerees. There were 26 successful escapes. 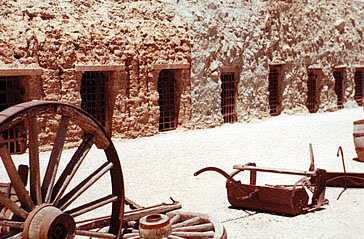 Yuma Prison is now a museum. Its website tells us that “Written evidence indicates that the prison was humanely administered, and was a model institution for its time. The only punishments were the dark cells for inmates who broke prison regulations, and the ball and chain for those who tried to escape. During their free time, prisoners hand-crafted many items... Prisoners also had regular medical attention, and access to a good hospital. Schooling was available for convicts, and many learned to read and write in prison. The prison housed one of the first "public" libraries in the territory, and the fee charged to visitors for a tour of the institution was used to purchase books. One of the early electrical generating plants in the West furnished power for lights and ran a ventilation system in the cellblock.” 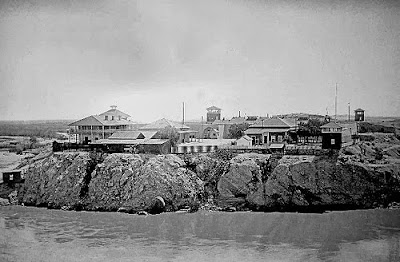 Of course, with six to a cell and only a slop bucket, with lice and bedbugs, with no heating or air conditioning, violence among the prisoners common, and with the dark cell and ball and chain a frequent punishment, it wasn’t exactly a country club.


The key figure of Elmore Leonard’s story is the temporary superintendent, Mr. Manly, who is essentially a comic figure. Naïve to the point of idiocy, he takes the black man (whom they all call the nigger) and the Mexican (who, they all insist, is an Apache) under his wing and tries to bring them to the way of truth and light as expressed in holy scripture. His horrible deputy, the nasty turnkey Fisher – for the other characters are far from comic - knows how foolish this attempt is but can do little to prevent it.


It all climaxes in an exciting chase and a punchy ending. Like all Leonard, it’s a good story. 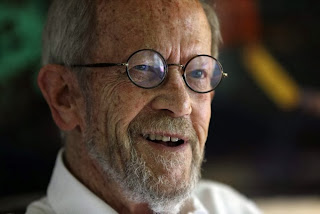