Flint is one of my favorite Louis L’Amour tales.


It dates from 1960, and the 60s were in some ways the high water mark of L’Amour, the time of the Sacketts, Shalako, Killoe, High Lonesome and others. 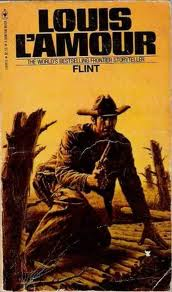 One of the best
It has classic elements like an Eastern company trying to take over the Western range and dispossess the ranchers, and, of course a glamorous rancheress to be wooed and won by the hero, in the shape of beautiful Nancy Kerrigan.


It’s all put together in a well-constructed package with good writing and authentic detail. It makes much of hidden oases of green in the malpais and these smack a little of the hidden valley in Riders of the Purple Sage. 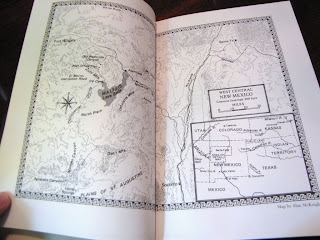 New Mexico setting
Flint is only a name our hero takes. He was an orphan abandoned in some cowtown, taken care of by a rough gunman, sent to school, where he excelled, and become a rich financier in New York under the assumed name of Kettleman. Being diagnosed with terminal cancer, he heads West to die, to the hidden hole-in-the-wall retreat that Flint had constructed. But events conspire for him to become involved in the range war he finds raging.


Kettleman’s grasping wife Lottie is very well drawn (would make a great part for someone in a movie). She and her no-good father have hired a Mississippi gambler to kill Kettleman but that doesn’t turn out quite the way they (or the gambler) hoped. 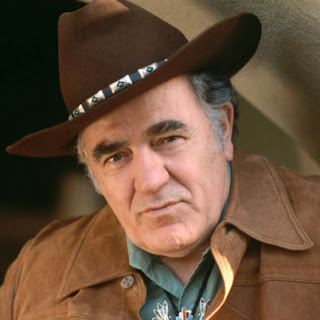 Louis. Like the hatband.
Nancy has a great crew of brave ranch hands who form a satisfactory army for Kettleman/Flint to command.


So you have skullduggery, gunslingers, shoot-outs, fist fights, love – what more could you want?