Comanche Moon (Simon & Schuster, New York, 1997) was the last of the Lonesome Dove series of novels to be written and the second in terms of the chronology of the story.


It fills the gap between Dead Man’s Walk, the tale of the young Texas Rangers Woodrow Call and Augustus McRae in the early 1840s, when they took part in the disastrous Santa Fe Expedition, and the opening of Lonesome Dove itself, which finds the two aging ex-Rangers running a livery stable and cattle outfit on the Rio Grande in 1876 or ’77.


(The last of the books, chronologically speaking, is Streets of Laredo, which recounts the adventures of Call after the death of Gus.) 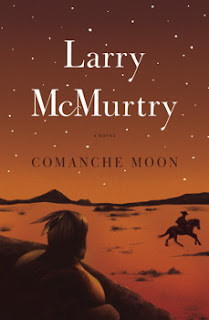 Comanche Moon is a better book than Dead Man’s Walk. It is certainly bigger, in every way, and closer to the epic sweep of the first (and still the best) book of the series, Lonesome Dove itself.


The great strength of Larry McMurtry is characters. All his novels are peopled with strongly-drawn personages that stick in the memory. This, together with the colorfulness (the word picaresque comes inevitably to mind), is one of the reasons that he is a kind of Dickens of the Plains. Comanche Moon contains perhaps the greatest character of them all: curiously, in some ways, Gus and Call are not really the heroes of the book at all. The protagonist and the heart of the book is Inish Scull.


Captain Scull, Boston Brahmin and Harvard scholar, husband to the outrageous Iñez (born Dolly), as rich as she is raunchy, leads the Rangers at some unspecified time in the 1850s when the story opens. Scull ''saw no reason to be teaching military history when he could go out in the field and make it.'' He is leading Rangers in pursuit of the noted Comanche horse-thief Kicking Wolf. When Kicking Wolf steals Scull’s huge mount, the Buffalo Horse, from under his very nose, Scull decides to abandon his troop and set off on foot to recover the nag. After that, Gus and Call’s own exploits seem almost tangential to the main story. 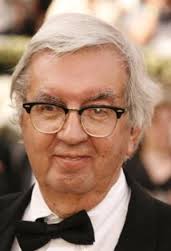 McMurtry is a little casual as regards dates. Several references early on place the story ten years after Dead Man’s Walk, i.e. 1851, or at latest twelve years after, 1853. Yet we have the great Comanche raid of 1856 and Newt appears to be born in 1857 (though he is said to be 17 in Lonesome Dove in 1876). But it doesn’t matter. Let’s just say we are in the mid-50s. The story takes us up to and includes the Civil War, when Gus and Call respond to the Governor’s plea to remain on duty policing the frontier and the Comancheria rather than going off to fight.


All McMurtry’s Western sagas have to have sympathetic whores and fearsome Indians. The Great Western (Matilda Roberts) of Dead Man’s Walk is now running a bordello in Denver (like Lorena in Lonesome Dove, she never did get to California) and is only mentioned in passing. This time we are given the story of Maggie, Newt’s mother, sweetly-dispositioned sporting girl who is totally smitten with the stony Woodrow Call. It is a doomed relationship, for Call will never marry her or acknowledge Newt as his son.


Balancing Call’s failure to establish a loving relationship with a woman is Gus’s: we read the story oft alluded to in Lonesome Dove of Gus’s passion for Clara, how she preferred to marry a dull but safe horse-trader from Nebraska and how this blighted Gus’s life. It’s very well told.


As for the Indians, Buffalo Hump is the most powerful and dominant again but he is run a close second by the evil Ahumado, an Aztec Indian who has come north and rules the border country from his canyon lair with an unparalleled degree of cruelty. Elements of magic realism feature strongly as superstition, legend and religious belief mingle in the minds of many of the characters, especially the Indian ones, to explain events.


The half-breed bandit Blue Duck from Lonesome Dove is revealed to be Buffalo Hump’s son and we follow him as he is expelled from the tribe and becomes a loathsome renegade.


Another wonderful creation among the Indians is Famous Shoes, the Kickapoo tracker, who leads Scull to Ahumado’s country and later leads Gus and Call on the trail of Buffalo Hump at the end of the book. Famous Shoes’s whimsicality and (to the Rangers) plain oddity, are wonderfully drawn. He is one of the most sympathetic characters of the whole series.


It is Mr. McMurtry’s great gift to give us all these characters, and many others, and make them so distinct and memorable.


Of the Rangers, Long Bill Coleman makes a return from Dead Man’s Walk (though comes to a tragic end) and we are told how Pea Eye, Deets and Jake Spoon are recruited. All are described as “boys” by Call and Gus and are under twenty (because of the TV Lonesome Dove I had got used to thinking of Pea as the contemporary of Gus and Call, or even older). Other Rangers come and go (because they are killed).


Gus and Call, themselves, of course, are already pretty well known to us but it is good to have their pasts filled out and their character traits reinforced. We are even given the date of Gus’s birth (he was 19 when recruited to the Rangers in 1841 so was born in in 1822, making him 54 at the start of Lonesome Dove) though you feel that these references are dropped in fairly casually and we aren’t expected to be too literal about dates. When Scull walks off with Famous Shoes, he rather improbably makes Gus and Call "joint captains".


There is more competence around. In Dead Man’s Walk the level of planning and local knowledge verges on zero and the commanders are close to idiots but just as in reality the Rangers (and the Army) grew in judgment, skill and knowledge, and their firearms became immeasurably better, so in this book the Rangers, especially Gus and Call themselves, have grown in competence and effectiveness. They are now worthy opponents of the declining Comanche and are more on an even footing with them.


As Lonesome Dove did, Comanche Moon becomes almost a history of the times, this time telling the story of Texas in the 1850s and 60s. Real characters (such as Governor Elisha M Pease or Charlie Goodnight, who was in some ways the model for Call) make their appearance, convincingly. This gives the book scope and sweep.


Already, though, there is an almost elegiac tone. The idea of the ‘passing of the West’ is strong in McMurtry (just look at the titles of some of his books, The Last Picture Show, Leaving Cheyenne, The Evening Star) and we get the sense that while the way of the Comanche was brutal and often unbelievably cruel, something noble was lost as the people of the Comancheria were reduced by disease, hunger and encroachment on their land to pathetic reservation Indians. A similar idea was strongly depicted in a more recent fine book, The Son by Philipp Meyer.


I enjoyed Comanche Moon more than I did Dead Man’s Walk and the book makes a worthy preamble to the great Lonesome Dove. And it is while reading these stories, along with books like The Son, the Westerns of the late Elmore Leonard, those of Ron Hansen, Thomas Berger or Charles Portis, and of course the great Cormac McCarthy, that one realizes that Western novels have been and are as much an American art form as anything else. As with Western movies, there are countless pulp offerings (and they have their place too) but just as in the history of cinema Westerns figure among some of the very greatest movies, so there are Western novels worthy to be regarded as fine examples of American literature, and this is one.