A zippy Budd Boetticher Western down in old Mexico

1953 was a truly stupendous year for Westerns. Shane, Hondo, The Naked Spur, these were all-time greats of the genre. And there were high-class lesser pictures too, Westerns like Escape from Fort Bravo, The Man from the Alamo, The Stranger Wore a Gun, others.


But then of course there were the smaller fry. Kansas Pacific, Pony Express, Law and Order. Such a one, sadly, was Wings of the Hawk, despite its starring Van Heflin, Starrett the homesteader in Shane. 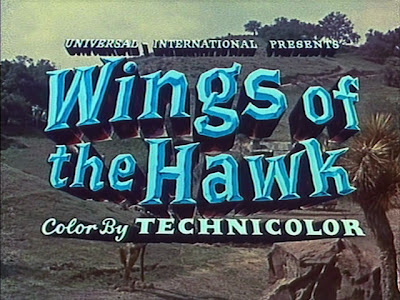 3D, Technicolor, what more could you want?
Still, B-movie or no, it’s directed by Budd Boetticher, and Universal brought it out in 3D (like Hondo) which was all the rage in ’53, so it’s no ultra-low-budget quickie.


It’s the old gringo-in-the-Mexican-revolution plot. This time it’s not Bob Mitchum down there, as it usually was, but Van Heflin. He’s ‘Irish’ Gallager, a mine owner in 1911 whose goldmine is seized from him by evil Diazista Colonel (pronounced col-o-nel, obviously) Paco Ruiz, who runs the unnamed northern Mexican province (presumably Chihuahua) with a grip of iron. Shooting women hostages is all in an afternoon’s work for Ruiz. He is played by George Dolenz, an Austro-Hungarian, but then for Hollywood one foreigner is much like another so he’ll do for a Mexican.


Irish falls in with some ‘insurrectors’, as they are always termed (odd word) and of course among them is a glamorous revolucionaria, Raquel (no, not la Welch as in Rio Conchos, but Julie Adams). Naturally Raquel and Irish get it on. The revolutionaries are led by Rodolfo Acosta, who has lost his nerve and is soon usurped by Van. Acosta tries to ally with Ruiz, in revenge. Big mistake. The sisters. They don't see eye to eye.
But best of these Mexicanos is Noah Beery (he’d dropped the Jr. in the billing by '53, fair enough) as Pascual Orozco. It makes a change to have Orozco as a bandido/revolutionary rather than the usual Pancho Villa. 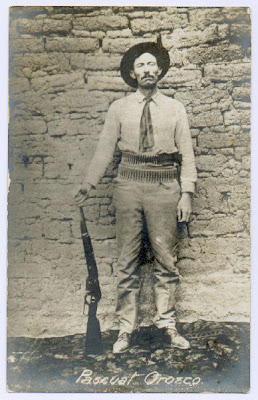 Pascual Orozco (looks a bit like Lee Van Cleef, don't you think?)
Orozco (1882 – 1915) was, as you probably know, an anti-Diaz Maderista who, however, fell out with Madero and joined Huerta, earning the undying enmity of erstwhile ally Villa. When Huerta fell, he and Orozco campaigned against the new Carranza administration, raising money and men in the USA and settling in El Paso, but Orozco was killed near High Lonesome in the Van Horn Mountains in an obscure incident involving horse stealing. So much for the history. 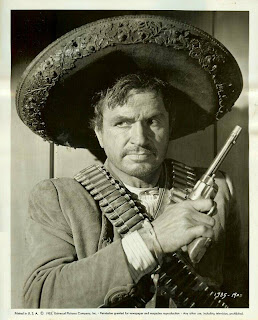 Noah as Orozco, giving it all he's got
Noah, in his short part, endows the character of the revolutionary leader with charm and zip. He needs Acosta’s support to capture Juarez and topple Diaz (that part sounds more like Villa but never mind). Beery had played Mexicans before (e.g. The Light of Western Stars) and was rather good at it. In fact he'd started right back in 1934 on Viva Villa! with his Uncle Wallace though his scenes were deleted in modern versions.


Anyway, where were we? Oh yes, Van Heflin. Well, there’s a lot of Boetticheresque action and rushing hither and yon, to the accompaniment of rather cheesy Frank Skinner music which would have graced a Zorro film, which in some ways Wings of the Hawk resembles. 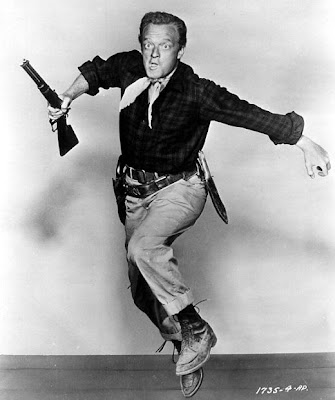 I've seen some silly publicity stills in my time but this has to be the silliest
Excellent as a member of the revolutionary band is Pedro Gonzalez Gonzalez, whom most of us remember as little Carlos in Rio Bravo but who was an old Western hand. He provides the comic relief and is cheerful throughout. His mamma is one of those machine-gunned as a hostage by wicked Ruiz but that only depresses Pedro’s spirits for half a reel or so, then he is back to making music and dancing, I theenk. Yes, I fear that some of the Mexicans are rather stereotypical. 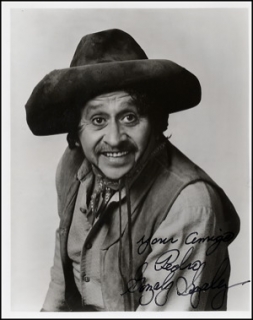 
It all comes to a head as Van sacrifices his mine to save the Revolution and get the girl. Hope I haven’t given too much away here, amigos. 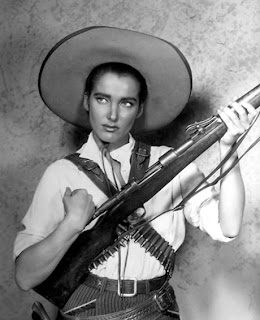 Glam rivolucionaria Raquel (Julie Adams).
Maybe Raquel Welch's peformance in Rio Conchos a decade or so later
was modeled on her...
Here’s the trailer if you want. Don’t expect too much from this oater in old Mehico but if you like the idea of Van Heflin, always solid, in a Budd Boetticher Western, you won’t be disappointed. And the Federales have rather dashing yellow bonnets. 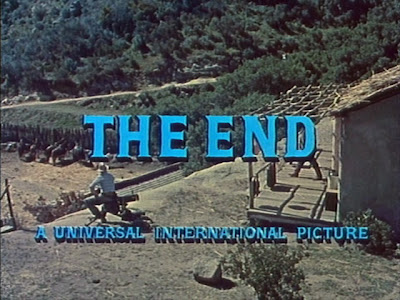 Probably just as well
Posted by Jeff Arnold's West at 9:28 AM