The Last of the Mohicans (United Artists, 1936)

Let's hope that's the Last of the Mohicans

I don’t care for Last of the Mohicans films. They’re not Westerns, they are Easterns. And a film set in 1760 is far too early. There are tricorns and swords. 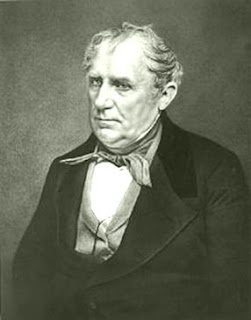 Mathew Brady photograph in 1850 of James Fenimore Cooper.
He looks as bored as his long-suffering readers were

Furthermore, the book is one of the most turgid I have ever struggled to get to the end of. It is one of the inexplicable mysteries of history that the greatest composer of all time, who created the most sublime music ever – I am talking, obviously, about Franz Schubert – asked for Mohicans to be read to him on his death bed. If it had been me that would have sent me off early. Perhaps that was Franz’s idea: to cut short his suffering. But I don’t think so. I think he liked it. Maybe it gained something in translation.

Anyway, there have been many celluloid and TV attempts to film this endless and soporific saga:

*   A German one in 1920, the snappily titled Lederstrumpf 2, Teil: Der Letzte de Mohikaner with Bela Lugosi as Chingachook (sic).

*   The Daniel Day Lewis one in 1992, which I sat through and managed not to fall asleep; and Wes Studi and Eric Schweig were brilliant.

*   The TV series Hawkeye and the Last of the Mohicans in 1957 with Jon Hart as Hawkeye and Lon Chaney Jr. as Chingachgook (that’s the one I remember as a boy, and I was quite scared of the Indians, I recall).


Anyway, shouldn’t they be called Mohawks? Or is that different? 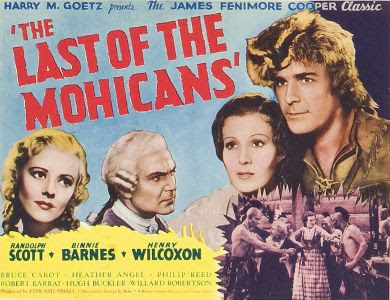 The best of the films by far is the Randolph Scott one. Although it takes major liberties with the book, notably inventing a romance between Hawkeye and Alice, that is a plus point in my view. The action bits have been lifted from the endless, boring tome and the rest of the dross left on the cutting room floor where it belonged. Pity Fenimore Cooper didn’t do the same. But people liked boring books in 1826. 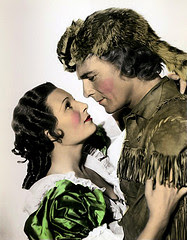 Romance
Of course the whole story is footling. What on earth were two upper class English gels doing on an expedition through Indian-infested territory? Why would their father, General Munro, allow them to go off with Magua on a ‘short cut’ through the forest to the fort? Could the two Indians really be the very last of the Mohicans? It’s all too preposterous.


The history is wrong too. Munro was cowardly and incompetent. They don’t show that. 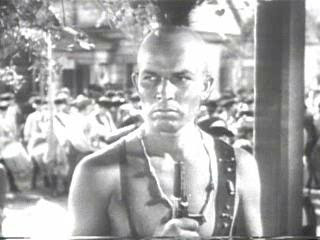 The American Indians are mostly white men in make-up. That was normal for the 1930s. Bruce Cabot is alright as Magua but could have been more fearsome. As for the last of the Mohicans, Robert Barrat is Chingachgook and Philip Reed is his son Uncas. They’re OK, I suppose. Binnie Barnes (born in London) is Alice - a role aimed at Merle Oberon but Barnes is OK - and Heather Angel (born in Oxford) is Cora; they are suitably posh and English and rather a nuisance. At least Chingachgook disapproves of Uncas’s falling for Cora. That’s one good thing. 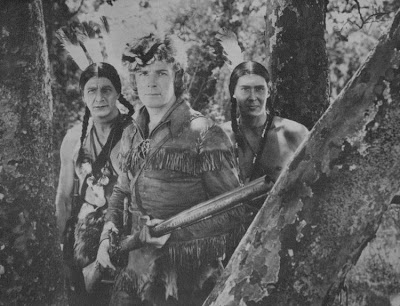 Chingachgook, Hawkeye and Uncas
They used some real American Indians as extras. Apparently, though, they couldn't make a fire and a boy scout had to be brought in to show them how to do it.

Scott, though, is excellent. This role was the making of him. The Westerns he had starred in since 1932 had been alright, some of them, but they were all modest low-to-mid-budget pictures. This film made Scott a star. The public lapped up the Mohicans tale. Of course he looked silly in that hat but all Hawkeyes did.


Anyway, it’s the only version I care to sit through.