Only a semi-Western, being more a gangster film set in gold-rush California than a proper oater, Barbary Coast is nevertheless a fun Hollywood melodrama with some excellent performances, and is important as only the second Western (if Western it be) of the great Joel McCrea. 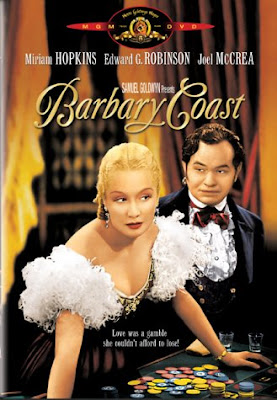 Gold digger with piratical crime boss
Howard Hawks and his writers Ben Hecht and Charles MacArthur start us off in the fog on a large sailboat out of New York approaching San Francisco. (At least we are assuming Hawks/Hecht/MacArthur start us here; Hawks replaced William Wyler, and Edward Chodorov and Stephen Longstreet also wrote some of the screenplay, uncredited.) An amusingly roguish eye-patched Old Atrocity (Walter Brennan) rows the heroine, Mary (Miriam Hopkins) to shore. Brennan was doing the cranky old-timer act he made his own, playing an apparent septuagenarian (he was 41). 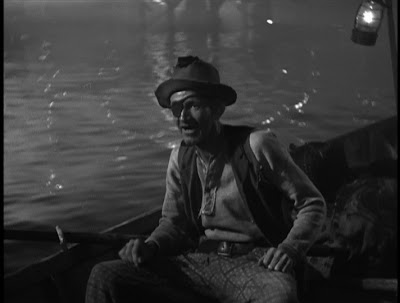 Old-timer, 41 (only 3rd in the appalling shirt contest)
Miriam soon meets and enters into an overacting contest (which she wins on points) with Edward G Robinson. EGR, as Luis Chamalis, looked (relatively) svelte still in the mid-1930s and here is dashing in his ruffled shirt, silk vest and dangling single silver earring, giving him a piratical air. He is boss of the Bella Donna saloon and, it soon transpires, crime boss of San Francisco too. 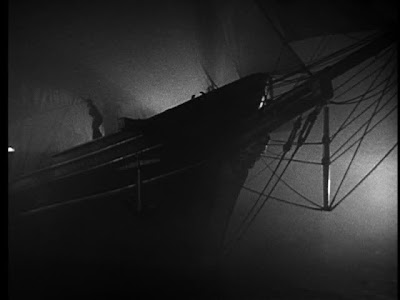 Fog in Frisco
There are assorted other characters. Colonel Cobb (Frank Craven) is a pioneering free-press journalist, a favorite idea of Hawks’s. (I wonder if he was related to Henry Hull’s Major Cobb in Jesse James; his brother, perhaps). EGR soon smashes his type and any thoughts he might have of telling the truth about gangsterism in Frisco. Then there’s Brian Donlevy as Louis Chamalis’s chief thug and henchman Knuckles: he is a real tough egg and very well played by Brian Donlevy. Donlevy was usually pretty poor in Westerns but he was always good in a saloon, for some reason (see Destry, for example). Donald Meek (with an awful cod Scottish accent) is cheated in Chamalis’s saloon and determined to get his revenge. Donald was, though vertically challenged, usually less than Meek in films.


Curiously, the third-billed Joel McCrea, very handsome at 29, doesn’t appear at all until 40 minutes in. He is the romantic lead - romantic in all the senses, a Byronic Shelley-reading Easterner, Jim Carmichael, who falls for Mary. Joel is a forty-niner digging for gold. Miriam, of course, plays another kind of gold-digger. 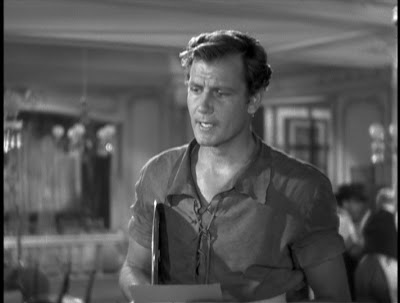 Byronic runner-up in the appalling shirt contest
McCrea, Brennan and Robinson have clearly entered a competition to see who can feature the worst shirt ever worn in a Western. Joel’s is a high-waisted Robinson Crusoe raglike effort, Brennan’s a disgusting undershirt of quite repellent characteristics and Edgar, who wins this round (also on points) sports a selection of ruffled monstrosities that no one could ever have thought attractive, even in 1935 (or 1849). Sam Goldwyn's comment was probably "Fire the costume lady". We wouldn't say that nowadays. 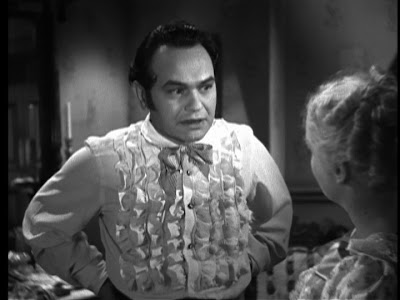 Winner of the appalling shirt contest
The one who acts the socks off the lot of them, though, is Harry Carey. From his stunning entrance onwards, in frock coat and pants stuffed into his boots, looking as Sam Elliott must always have dreamed of looking, in handlebars and wide-brimmed Stetson, ten feet tall, Carey, as Sheriff Jed Slocum, is simply magnificent. He has more sinister intentions for establishing law ‘n’ order than mere arrests and he ain't no Sunday-School teacher.


The vigilante theme and the Californian lynch mentality that is installed in the gold-town is grim and well-handled. 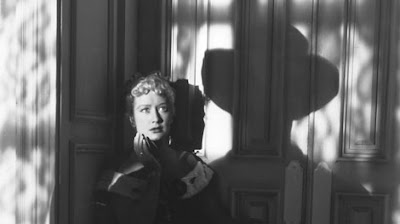 Noir
The exteriors are very well shot by Ray June. Of course he was well-known for making those MGM pictures look so glossy and big-budget, even if they were programmers. There’s loads of atmospheric Frisco fog and waterfront murk. There’s something almost Dickensian about the picture. It’s more than a little noir. And there are not many movies which climax in a frantic fogbound rowboat chase. It was the Bullitt of its day. 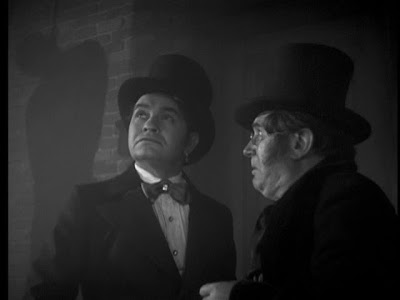 Dickensian
Spoiler alert (as if you care): rather surprisingly, everyone, even the gold-digger, EGR and Brennan, does the decent thing at the end. Only Knuckles dies hard.