Glenn Ford’s twelfth Western was, bizarrely, a box-office success. I say 'bizarrely' because it was so trashy. Perhaps it was the (now) laughably lurid title or maybe the power of the ‘fast gun’ myth but for some very odd reason, this second-rate black & white B-movie, poorly written and directed, and (apart from Ford) badly acted too, had them waiting in line at the movie theaters. But it was a shocker. 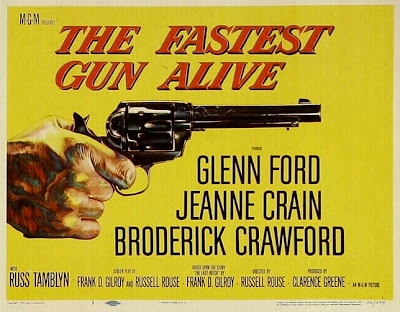 
Writer and director Russell Rouse (Pillow Talk and only one Western apart from this one, Thunder in the Sun, another B-movie) had no idea whatsoever of how to do a Western. How he got the job at MGM (the studio also produced it) and got Glenn Ford cast to lead too, heaven only knows.

Ford plays an angst-ridden storekeeper who hates his life. When the ‘fastest gun alive’ arrives in town, in the ludicrous – and ample – shape of Broderick Crawford, fanning his double-action Colts (you try it), the storekeeper reveals that he himself is in fact faster, having being taught by his daddy, the sheriff of Laramie. He still has the Colt with the notches on the handle. I mean, please. This childish drivel would be completely unwatchable if it were not for Ford, bravely acting well despite all.


Crawford was an Easterner, OK in cops-and-robbers stuff (and Oscarable with Jack Elam in the Canada Dry commercial) but completely unsuited to Westerns. Balding, bulky, he didn’t look right and he sounded wrong too. Furthermore, he overacted wildly. He was in 15 Western films and numerous TV shows (he really liked them) but never convinced in any of them. Probably his best role was his very first, in 1940, as Bob Dalton in When the Daltons Rode. All the rest were low-level B-movies in which he was rotten. 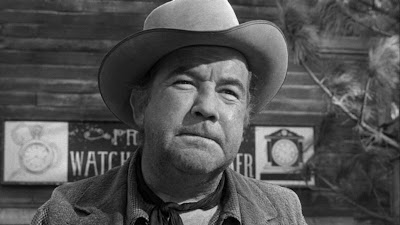 
Apart from Ford, John Dehner and Noah Beery Jr. are about the best, as Crawford’s heavies, but the writing was so poor that even these solid Western actors didn’t have a chance. Then there’s Russ Tamblyn, billed fourth. What on earth is he doing there? The Seven Brides for Seven Brothers star does a typically athletic but over-long dance routine which has no place in the story at all. That’s all he’s there for. The only Western he was even half good in was The Last Hunt. Later he went on to great things (not) in Italian westerns and recently of course made a comeback in Quentin Tarantino’s post-spaghetti Django Unchained. 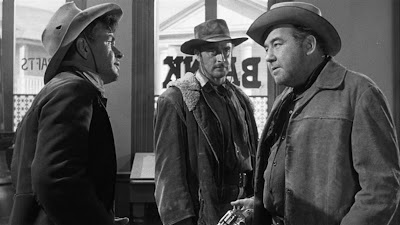 Poor Jeanne Crain, the storekeeper’s wife, who had starred opposite Kirk Douglas in the King Vidor-directed Man Without a Star and wasn’t bad at all, was hamstrung from the start by the writer/director’s decision not to reveal Glenn’s secret – that he had run away instead of avenging his shot-down pa -  till late in the movie. We thus have no idea at all of the background, how they met, why they are together, and so on. She gets no chance to develop the character at all and the lines she has to say are turgid. 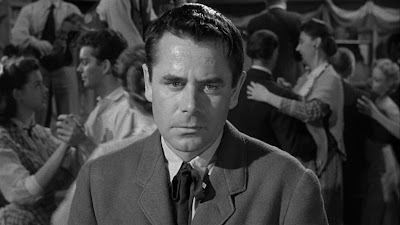 
I suppose Rouse had seen Gregory Peck in The Gunfighter in 1950 and thought it would be a good idea to do a similar picture about a quick-on-the-draw gunman facing someone anxious to prove himself faster. But Rouse was not Henry King, far from it, nor was there a Borden Chase/DD Beauchamp script. Yes, there was a Peckish Glenn Ford but what he could he do in the face of such dire writing and directing? 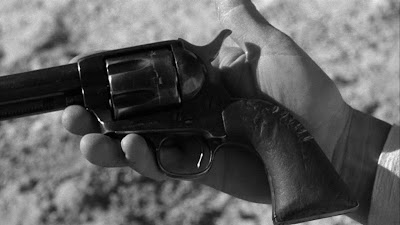 So many notches on his gun, everyone admired the fearless stranger?
The film could, and should, have made a valid point about violence, the nature of courage and why men (it’s always men) feel driven to homicidally stand up against each other. But I don’t think that part occurred to Russell Rouse at all.


Coming just after the quality Jubal and just before the magnificent 3:10 to Yuma, with Glenn Ford at the peak of his career, you wonder how this junk got made at all, let alone with Ford in it. Oh well. The moviegoers liked it.