Walter Hill can be relied on for a good Western yarn (Geronimo, Wild Bill, Last Man Standing - which I count as a Western) and he does an excellent job in his first Western with this start-of-the-1980s treatment of the Jesse James tale. The gimmick is that the brothers are played by brothers: James and Stacy Keach play the Jameses (Stacy as Frank better than James as Jesse in my view), Carradines play the Youngers (all three outstanding), a brace of Quaids play the Miller boys (good) and a duo of Guests play Charlie and Bob Ford (very good, both). It’s a clever idea and it works, also because these are good actors as well as brothers. 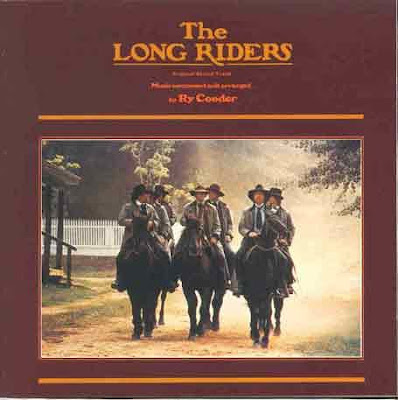 This version of the story is closer to the historical truth than previous ones and at last we start to see some respect for reality, although the events of many years are telescoped into a short time frame. Furthermore, much of the time the look of it is also authentic – the costumes and props are generally good (though you can tell this was filmed in the late 70s from the principals’ pants and haircuts).


The music is delightful, the best aspect of the film. The wedding dance is probably the highlight of the movie. Ry Cooder gives us his distinctive jangly steel guitar sound, which fits, and this is punctuated by period songs, well sung, such as I’m A Good Old Rebel or Jack o’ Diamonds. 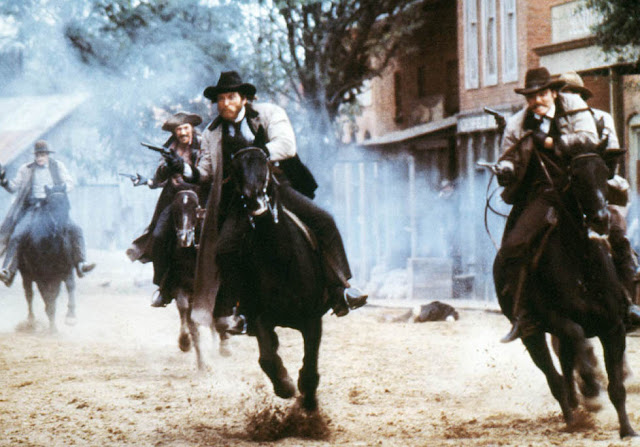 The movie is well photographed by Ric Waite and we get some convincing and attractive green Missouri scenery (filmed in Georgia).


The shoot-out at the Northfield Bank raid is a grisly bloodbath that reminds you of the opening scenes of The Wild Bunch. Blood spurts in slo-mo. It was fashionable at the time. It’s very well done, though, and you wince when they are hit. Often.


Cole Younger has a fearsome knife fight with half-breed Sam Starr (James Remar) over Belle Starr (Pamela Reed) in a Texas saloon. Unfortunately Ms. Reed reminds me constantly of the extra-terrestrial lady in Mars Attacks! Sorry about that. 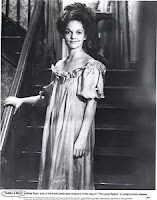 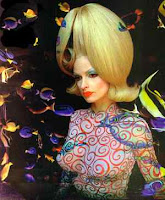 There are proper trains to rob and much galloping. The action is all there.


Harry Carey Jr. had by then entered his old-timer phase, handling the parts Walter Brennan or Arthur Hunnicutt would have done in their time. Here he is a Confederate veteran on a stage they rob.


The film is also distinguished by having probably the best Mrs. Samuel of all of them in the form of Fran Ryan. She captured well the hard-as-nails Confederate woman with a bitter tongue and was no soppy quivering grandma as so many “Ma James” figures are.


The only weakness really is in the writing (Bill Bryden, Steven Smith and the Keaches). Perhaps they tried to concertina too many events into too short a time but the characters never really get the chance to develop and some of the lines are pretty clunky. Fortunately, the actors are usually good enough to overcome them. A special mention to James Whitmore Jr. as the Pinkerton man: his steely determination counterbalances nicely the driven Jesse.

Even Jesse and Zee’s baby son is a Keach, though he only has a toddle-on part. This is the Jesse Edwards James, known as Tim, who would, thirty-nine years after his daddy’s assassination, when he was 46, play his father in the Franklin B Coates 1921 epic Jesse James under the Black Flag.


Although one has a soft spot for the 1939 Jesse James and 1940 The Return of Frank James, it must be said that The Long Riders was one of the best, perhaps the best Jesse film – till Brad Pitt came along.
***


Television got back into the act in the 1980s with The Last Days of Frank and Jesse James (NBC, 1986). But it was a far cry from those 60s half-hour series. We are now in the era of the TV movie. 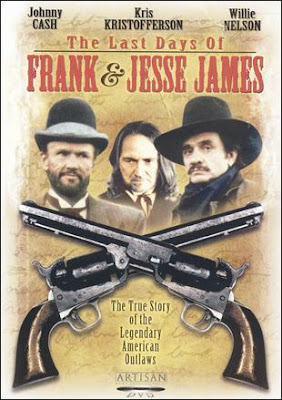 And it is interesting, the role-reversal that went on here because at first TV gave us low-budget, studio-bound black and white affairs and only Hollywood could afford the big sweeping locations, galactic casts and lengthy color pictures. From the 1980s on, with Hollywood cringing under a cold economic wind, and TV (with its advertising) dominant in everyone’s home, it was the reverse. TV could hire big stars and writers and, with TV movies and then mini-series, could give us televised versions of long novels like Lonesome Dove, which could never have fitted into a 90-minute motion picture.


This one was directed by William A Graham, not a prolific Western director. He’d done a few, such as Cry for Me, Billy and Waterhole #3, as well as a few TV shows (later he would do the Val Kilmer TV Billy the Kid based on Gore Vidal's play) but he was solid. It was written by William Stratton who, extraordinarily, according to IMDb hadn’t written anything Western since two pictures in 1929! It can’t be true, can it? Amazing if so. 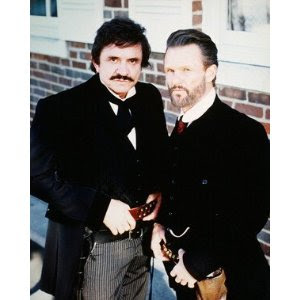 Anyway, it’s one of those ones where country music stars get together and strap on holsters. Of course the 80s was also the decade of bad hair and loud pop music (see, for example, Young Guns in 1988) so having Cash, Kristofferson and Nelson (I don’t know where Waylon Jennings was) was an improvement on that anyway. At least for an old fogey like me. Less so Willie, perhaps, but actually Johnny and Kris could act. Kris, of course, had been Billy for Sam Peckinpah in the 1970s (was already a bit superannuated by then, to be honest, to be doing juvenile roles) and he was 50 by the time this one came out so he makes a slightly old Jesse. Still, it was supposed to be his last days and not Jesse as a kid. Jesse was 34 when he was shot, in fact. Johnny Cash was Frank and that’s OK as Frank was the older brother and is usually shown as the elder statesman figure. Johnny in 1986 was 54 to Frank James’s 39 in 1882. The story goes on with Frank (in fact the movie would have been better titled The Last Years of Frank and Jesse James) so becomes more believable from that point of view. Frank died in 1915 aged 72.


Johnny’s wife June Carter plays Mrs. Samuel, billed as “Mother James” (makes her sound like a nun). Roles are invented for soap actress Marcia Cross as Sarah Hite and Gail Youngs (in the 80s she was Mrs. Robert Duvall) as “Anna”. I wouldn’t want you to go away with the idea that this treatment is historically accurate although to be fair to it, it makes a better stab at accuracy than most. We get Ed Bruce as John Newman Edwards championing Jesse with zeal and building up his rep. Darrell Wilks is quite a good Bob Ford. Meg Gibson is Zee and David Cobb as ‘Dr. Samuels’ (Dr. Samuel has again grown an s; films often did this).Thomas Theodore Crittenden, the 24th Governor of Missouri, has become Mr. Crittendon. But these are quibbles. Apparently Willie Nelson’s short performance is the first time Jo Shelby has appeared on screen, in a Jesse epic anyway. A good move because Shelby (Edwards had been his adjutant) was an important figure in Civil War Missouri and after. Jesse is shown as a womanizer again, for which there is little evidence. He seems to have been loyal to Zee.