The sequel to Fox’s Jesse James of the preceding year was in some ways remarkably similar to its predecessor. Even Tyrone Power makes a brief appearance at the beginning, just to be shot, and most of the other actors reappear. Henry Fonda, superb again, reprises his role as Frank James. His servant Pinky (Ernest Whitman) is back. He is to be hanged as an accomplice and Frank proposes to give up chasing the Fords to go back and save him. Frank’s sidekick asks, “After all our work, are we gonna give up on account of a darkie?” And 1940 was only yesterday, really. The stout defense of the black man by Frank is especially rich coming from the elder scion of a slave-holding family who had fought on the Confederate side in the war. Clay County counted more slaveholders, who held more slaves, than any other part of Missouri. Jesse James was racially enlightened enough to make a vow after the Civil War to shoot any black in Missouri not fulfilling the role of a slave. But this is the cinematic Frank James, a goodie. 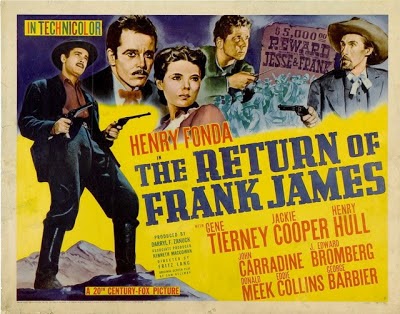 Henry Hull, the cantankerous newspaper editor (who becomes Frank’s defense attorney) and his long-suffering clerk Roy (George Chandler) are of course a must. 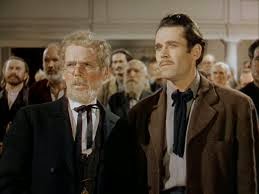 And naturally the villainous Bob Ford is John Carradine. 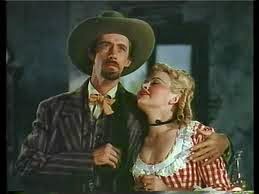 so it’s pretty well a full house. Henry Hull's part, by the way, as "Major Rufus Cobb" is presumably - but very loosely - based on the real-life Major John Newman Edwards CSA (1839 - 1889), General Joseph O Shelby's adjutant in the Civil War, founder of The Kansas City Times and champion of Jesse James, after whom Jesse named his son. 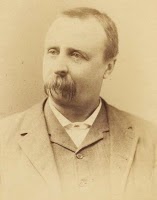 Sadly, however, Randolph Scott does not make it back. In 1940 he was too busy stealing Bob Dalton’s girl for Universal to have time to take away Frank James’s for Fox. So if you want Randy you’ll have to watch When the Daltons Rode. More fortunately, Zee (Nancy Kelly) and her tiresome little boy do not make it back either.


Instead, as love interest, we have a prettier and also more spirited heroine in the elegant shape of Gene Tierney, newspaper reporter extraordinaire, in her debut. 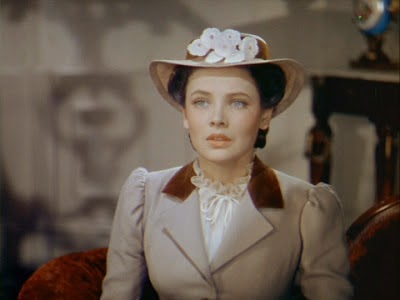 We also have other additions: Jackie Cooper is ‘Clem’, apparently the son of one the robbers killed at Northfield (no surname is given), a callow youth who hero-worships Frank and gets to act heroically at the end. And Russell Hicks is the prosecutor in the excellent trial scene, in some ways the highlight of the movie.


We have similar and excellent bright color photography, by George Barnes again, what looks like beautiful Colorado but is said to be Sonora, and the theme tune and titling are the same. It really is very much a sequel. 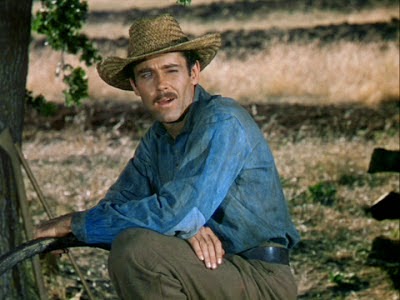 Fonda’s career was under full sail. By 1940 he had starred in, as well as Jesse James, The Grapes of Wrath, as Abe in Young Mr. Lincoln, for John Ford again in Drums Along the Mohawk, not to mention putting in an appearance as Alexander Graham Bell.

However, this one was directed by Fritz Lang, no less, monocled Austrian expressionist director of Metropolis and M, famous for having thrown Peter Lorre down some stairs to make him look rumpled, just arrived in the US.

As a result, this film has moods and subtleties and shows great attention to detail, lighting and sound. Lang was famously tyrannous and Fonda, who had had the misfortune to work with him before (but never would again), was very wary. At one point he sprang to Tierney’s defense when Lang went for her and she developed a crush on her protector, who was also such a professional. One-Take Fonda, they called him. Of course Frank Sinatra also famously would do only one take. But in Fonda’s case the first take wasn’t rubbish. Henry is magnificent in this movie. But then he almost always was. 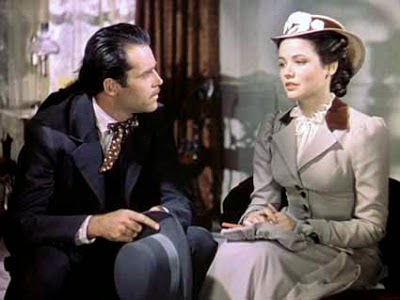 Sam Hellman (Frontier Marshal, My Darling Clementine) replaced Nunnally Johnson to do the screenplay. It is, of course, a travesty of history of equal proportions to Jesse James. In reality, Frank James did not try to revenge himself on the Fords. After the killing of his brother in 1882, James met the Governor in the state capitol and surrendered on the understanding that he would not be extradited to Northfield. He was tried for only two of the robberies/murders the James gang had committed, both in 1881, the attack on the Rock Island Line train in which the engineer and a passenger were killed, and the robbery of an Army payroll in Alabama. He was acquitted of both. He went to Oklahoma to live with his mother. In later years Frank James worked a variety of jobs, including as a shoe salesman and then as a burlesque theater ticket clerk in St. Louis. In 1903 he was in a short-lived and unsuccessful Wild West show with Cole Younger. In his final years, he returned to the James farm, giving 25¢ tours. He died there in 1915, aged 72. So that’s a bit different from the story in the film. 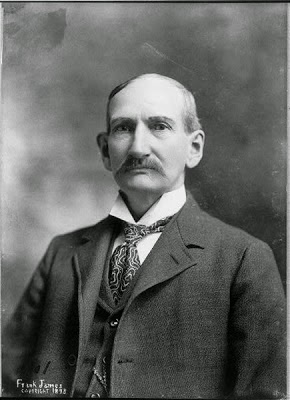 But hey, who wants history? This is another fun, well-made and well-acted Western to enjoy. A three-gun rather than four-gun vehicle but no less watchable for that.


Fox decided to re-utilize their Jesse James franchise in the mid-fifties and in 1957 produced a movie with Robert Wagner as Jesse, The True Story of Jesse James, which of course wasn’t, directed by the talented Nicholas Ray and again with Nunnally Johnson screenplay.