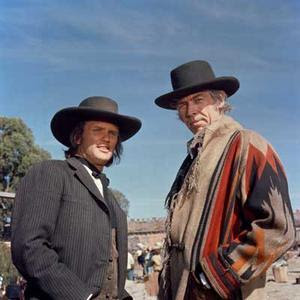 One of the problems about watching this film and deciding if it’s a good Western concerns which version you see. There are several and none of them is definitively the one we can say Sam Peckinpah intended. There is a DVD which gives you both the ‘Turner’ cut and a 2005 edit and that is probably the best way to approach the movie, although both versions are accompanied by an anal-retentive commentary that discusses only the variety of versions and not the finer points or weaknesses of the film; it becomes very annoying. In any case, whichever version you see, you can be sure that you will be watching the best telling yet of the Billy tale. Arthur Penn’s 1958 version with Paul Newman The Left-Handed Gun was an improvement on its predecessors but this one is better still.

Hollywood Billies tend to be unconvincing as murderous adolescents. Bonney/McCarty/Antrim was probably born in November 1859 and certainly died in July 1881. He was thus a teenager when he was shooting people and 21 when he was killed. Kris Kristofferson was 36 when this film was made, Buster Crabbe was 34 when he starred in his versions, Paul Newman and Michael J Pollard 33 when they were in theirs, Robert Taylor and Scott Brady 30, Emilio Estevez 28 and Johnny Mack Brown 26. Franklyn Farnum in 1925 was 47! The youngest was Jack Buetel at 25, but that was in the worst Billy film of all.

So the average age of the actors playing the teenager was 32.2. Never mind.

This Peckinpah film is, however, so good because of: 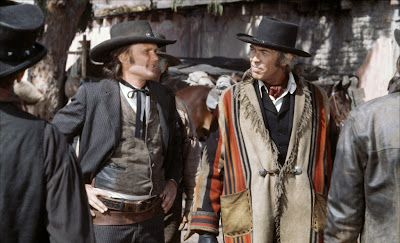 The film is melancholy yet unsentimental, elegiac yet not nostalgic, and it is slow and gentle without being plodding. These are not easy tricks to pull off. Scenes such as the wordless one where the raft floats down the river and a shooting match ensues were the mark of a truly great director (and it was amazing that the studio didn’t cut it out).

Garrett, Billy, even the Governor are all on one side 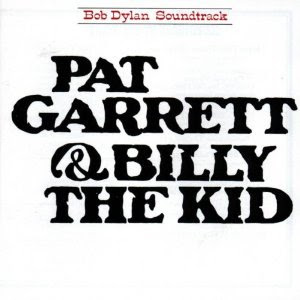 really; the faceless corporate tycoons of ‘modern times’ are on the other. Garrett tries to change with the times but fails. Billy doesn’t even try. Garrett’s inability to forge relations with women (the scene with his wife was cut out of some versions but it was essential) contrasts with Billy’s instinctive success, and the same is true of all the relationships.

The body count mounts and mounts (even after several viewings it’s not always clear why people are shot) and the film is violent. But it was a Peckinpah movie after all; what did you expect? This and The Wild Bunch were Peckinpah’s greatest achievements. Pat Garrett was his last Western (unless you count Alfredo Garcia). It’s a magnificent, moody, monumental piece.