The Lincoln County War and Billy the Kid: the truth behind the fiction 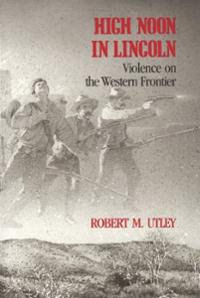 
Robert M. Utley’s book High Noon in Lincoln: violence on the Western frontier (University of New Mexico Press, 1987) is an outstanding account of the so-called Lincoln County War. Authoritative, scholarly, balanced, it is probably the source for those interested in the shenanigans down there in late 1870s southern New Mexico.

What’s interesting about it?

The first and perhaps most interesting thing that comes out of reading it is how unattractive and unsympathetic all the participants were. There are no ‘heroes’ in the Lincoln County War. LG Murphy and his partners Dolan and Riley of ‘The House’ were ruthless exercisers of a stranglehold monopoly, but John Tunstall and ‘Mac’ McSween were no fighters for freedom wanting to liberate Lincoln from tyranny: they just wanted to replace The House’s tyranny with their own. 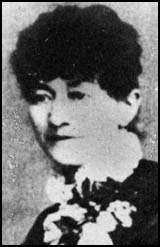 McSween’s wife Sue (left) comes across as perhaps the most attractive of the lot: she was courageous, feisty and strong, a very modern woman in a hard place at a hard time. Yet even she was murderous, unscrupulous and full of hatred.

So we have no one to love, no clear ‘goodies’ and ‘baddies’.

That’s not what the films show

This represents a problem, of course, for dime novelists and Hollywood. It’s so much easier if you can have noble characters against wicked ones. Especially if the noble ones win.

Most fictional accounts have tended to side with the Tunstall-McSween clan and cast the Murphyites as the villains. As young Billy Bonney rode with Tunstall, he could be shown as a ‘social bandit’, fighting for right and avenging wrong. And the mythic ‘Billy the Kid’ of legend could grow into the great folk hero he was to become. 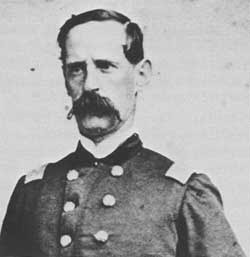 In reality, Bonney and his like (on both sides) were low assassins. And of the other characters in the play, Colonel Dudley (right) of Fort Stanton was a drunkard and man of of limited intellect. New Mexico’s Governor Axtell was a politician of dubious probity. His successor Lew Wallace was dilatory and gave priority to writing his famous novel Ben Hur. Local law officers like Sheriff Brady were partial and biased and Lincoln’s Judge Bristol timid and easily cowed. There is, honestly, no one with whom we would wish to identify.

Pecos rancher John Chisum was perhaps less odious than some of the others but he deliberately removed himself and took no direct part in the war, despite what the films show. The Seven Rivers stockmen like Hugh Beckwith who opposed him were nasty, violent rustlers and their cronies, like the Olinger brothers, brutal bullies.

Out-and-out bandits and outlaws who participated in the events, such as Jesse Evans, John Kinney and the appalling John Selman, were simply a criminal element cashing in on the conflict to serve their own ends of larceny and murder. They were low stock thieves. They would have held up banks and stage coaches had there been any. As it was, they stole whatever they could and did not scruple to kill people for plunder. Selman (the ‘lawman’ who eventually shot and killed John Wesley Hardin in El Paso) added arson, rape and torture to the crimes.

Tunstall in fact and fiction 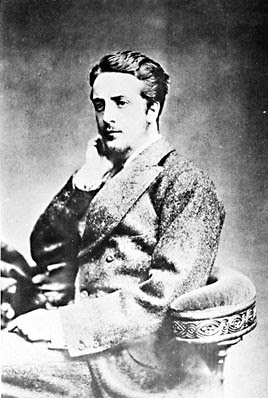 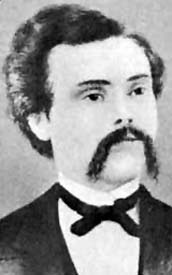 The Englishman John Tunstall (left) is usually, in films, shown as the high-minded, philanthropic one and Lawrence Murphy his evil rival. In fact Tunstall seems to have been an unpleasant person, racist (as of course so many were then), superior and unlikeable. Curiously, he is often shown (see, for example, The Left-Handed Gun) as an older man yet he was only 25 when he died, and even more curiously portrayed as a Scot. He is also shown as a Bible-reading pacifist who never carried a gun. In reality, these qualities should be attributed to his partner Alexander McSween (right). McSween disliked violence and only rarely used a firearm. Tunstall was agnostically-minded and went about heeled, being very ready to use a weapon when needed, while McSween had been, it was said anyway, a Presbyterian preacher. It was Tunstall’s determination to exploit the local population in the way that the declining Murphy had done which caused all the violence in the first place.

Utley shows us that the flames thus lit by Tunstall and his more or less reluctant partner McSween (the latter urged on by his steely wife) were vigorously fanned by three winds:

One was drink. Everyone seemed to use alcohol on the frontier, in very liberal quantities. Cheap whiskey made them reckless, aggressive and incompetent. Murphy, Dolan and Riley, especially, were often the worse for wear and Murphy eventually died of drink. The man upon whom one would normally have relied to maintain order, US Army commander at the nearby Fort Stanton Colonel Nathan Dudley, was a well-known alcoholic whose judgement was often seriously impaired. Bonney was one of the abstemious few.

The second reason the flames flared was that firearms were so ubiquitous. Every man had a revolver and a rifle and was more or less expert in its use. The Colt’s revolver thrust into the belt and Winchester repeating rifle in a saddle scabbard were especially popular and most men had both. As is well known, alcohol and firearms do not mix.

Thirdly, we have the strange ‘code’ that post-Civil War Texans developed and brought with them down the cattle trails and along the Pecos, infecting the West as a whole. This code of behavior required that any slight, real or imagined, must not go unpunished. Official law enforcement being so scanty, inefficient and untrustworthy, it was a man’s right and indeed his duty to avenge wrongs and ‘set things right’. It required courage (although slightly less courage was needed when a slighted individual was fueled on booze and had a Winchester rifle in his hand) but it was what ‘a man had to do’. This is the seamy underside of the noble 'a man's gotta do what a man's gotta do' philosophy of the West and the Western.

Put all these three together with the economic causes as men thirsted for money and power (both of which were highly prized then as now), add in notably deficient police forces and law courts, and you have a recipe for a range war.

Despite the fact that Tunstall and McSween’s men were called 'the Regulators', they were no vigilantes. Vigilantes usually come out when law and order has broken down and they represent themselves as extra-judicial forces. In Lincoln County both sides claimed to be lawmen and rode to serve legally-issued warrants. They were only using the law, of course, for their own ends but each side had its own tame lawmen and court officers and wore badges of one kind or another.

Other famous range wars were the origin of Hollywood’s love for sheepmen against cattlemen conflicts, as in Pleasant Valley, Arizona or those big ranchers against nesters, as in Colfax County. The Lincoln County War had little of that (except perhaps Beckwith and the Seven Rivers stockmen fighting John Chisum; but Chisum had sold out and was on his way to leaving). The Lincoln County War wasn’t like this.

The nearest comparison to Lincoln is the Johnson County War in Wyoming, so laughably badly depicted in Heaven’s Gate. In both, Englishmen were involved as protagonists; in both there was really no self-evident ‘good’ and ‘bad’ side; both sucked in criminals; both caused Presidential intervention and a state of insurrection to be declared and both nearly caused the imposition of martial law.

All these conflicts and others, including Lincoln, merged with family and clan feuds, in the post-War Texas style, and all were complicated by corrupt politics and mismanagement.

So the next time we watch a film in which Billy the Kid (who, as just one of the many gunmen on one side, in reality played a reasonably important but certainly not crucial or leading role in the conflict) rides into town and shoots down Sheriff Brady in a face-to-face fight, or the next time we see pious, unarmed and unresisting Tunstall shot down by vicious gunmen, or McSween and his family Gatling-gunned to death as they lurch from his burning store, let’s just remember that none of this really happened.

But of course we don’t watch cowboy films to find out what really happened. Documentaries can do that, or Mr. Utley’s admirable book (which you definitely should read). We watch the movies for fun.