Mikhail Bakunin would have enjoyed it 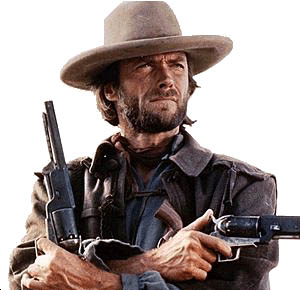 Clint Eastwood himself regards The Outlaw Josey Wales with particular affection and seems to suggest that after Unforgiven it was his best Western. Personally, I would put Pale Rider in that position and the tale of a man who joins Bloody Bill Anderson’s guerrilla band to get murderous revenge has a slightly unsympathetic tinge to it - to say the least. The book, Gone To Texas by Forrest Carter, is certainly pro-Confederate in a big way and in fact quite lurid. It’s also rather rambling as a story. But there’s no denying that The Outlaw Josey Wales is a first class movie, an important part of the Eastwood canon and a leading example of the Western genre. 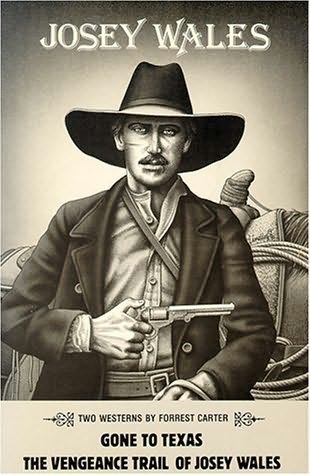 Clint refuses to surrender at the end of the Civil War and watches his comrades treacherously massacred by the Union army (this part is not in the book). He sets out for the Nations with a mortally wounded Sam Bottoms, picks up an abused Indian girl (Geraldine Kearns) and meets up with the splendid elderly Chief Dan George (Old Lodge Skins from 1970’s Little Big Man). The irony is that the harder Josey Wales tries to go it alone, the more ‘family’ he collects around him: a feisty grandmother from Kansas and her simple-minded daughter join the party, then a plump saloon gal, a faded Mexican hidalgo and a gambler, not to mention a mangy redbone hound.

The acting is extremely good. Every character is just right. After Eastwood, honors have to go to 76-year old Dan George. Some of the smaller parts, such as Woodrow Parfey as the carpet bagger, John Russell as Anderson or Royal Dano as Tenspot the gambler, are also outstanding.

The Oscar-nominated music (Jerry Fielding) is especially fine and the photography magnificent (that man Surtees again). Much of it was filmed in the fall and with long shadows. Utah and Arizona shine.
.
In the end most of the post-war misfits settle in an idyllic log cabin. 1976: maybe there is peace for those dislocated by the Vietnam War after all. 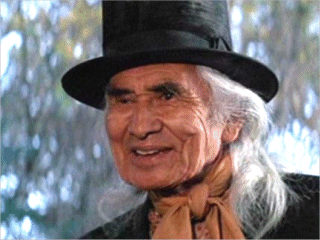 Eastwood said, “I’d been brought up by the Italian approach to the Western which is much more high opera than some of ours and there was no real attempt to make it truly realistic.” It’s true that Wales slaughters opponents to a degree that makes him invincible and that damages the suspense. However, he does ride off into the sunset dripping blood, Shane-like, so maybe he wasn’t invincible after all.

Eastwood was of course a great admirer of the movie Shane. Pale Rider is almost a remake, certainly a homage.

We can certainly say that a decade after the Sergio Leone pictures, Clint Eastwood had become a leading actor and director of Western movies. There is no doubt that this was his best Western to date.

Josey Wales is in some ways, also, an anarchist Western: one of the principal themes is the corruption and inefficacity of government and the fight against formal regulation by an individual and a small community. The chief tells of government betrayal of the Indians. Government forces slaughter Josey’s family and treacherously cut down his army comrades. The community founded by the outcasts in Texas is self-governing (actually, it’s governed by Josey) and self-defending. Mikhail Bakunin died exactly a hundred years too early: he would have enjoyed The Outlaw Josey Wales.
. 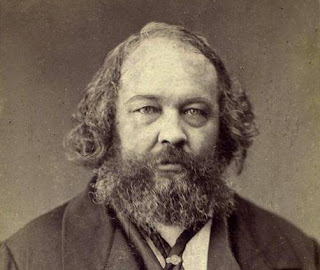 Mikhail died exactly 100 years too soon. He would have enjoyed it.