The Man from FORT Laramie 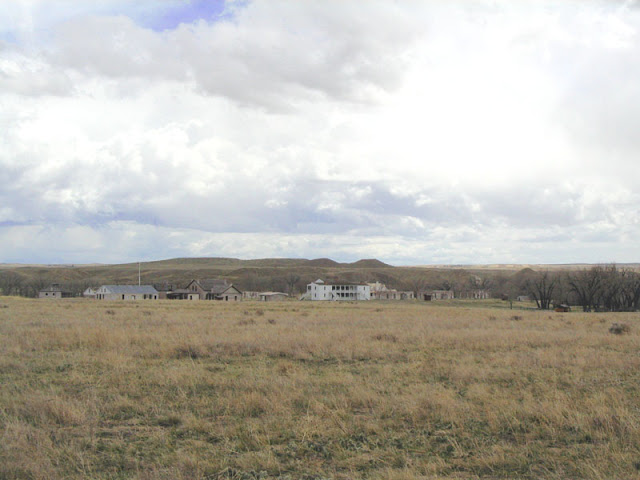 And talking of Laramie, Fort Laramie, now, isn't at Laramie. In fact the Fort is about 100 miles NE of the town. Probably, the Man from Laramie came from the fort because he was a military man. Will Lockhart was undercover but he was a soldier alright.

Fort Laramie started as a private trading fort (Fort John) in 1834, became a military post in 1849 and was finally abandoned in 1890 after the Indian wars. It was the site of the 1851 and 1868 Fort Laramie Treaties with assorted tribes (promises, of course, later broken by the whites). 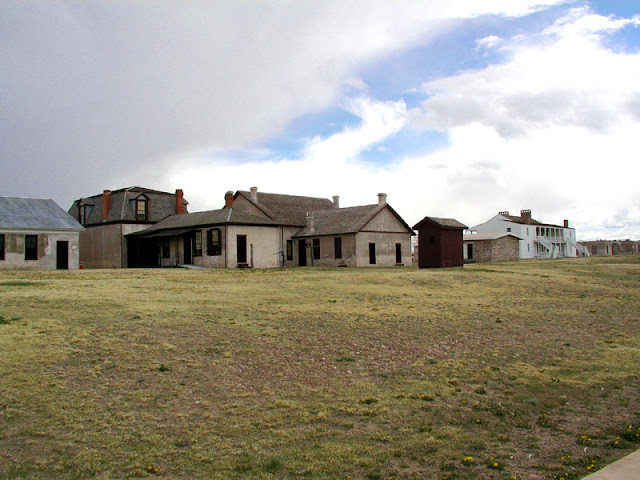 It never quite fit into the Hollywood image of a fort as it was never walled in and it remained open. Today it is still an open, remote, even tranquil place in summer, with the Laramie River meandering slowly around it. Restored buildings are dotted around the green fields.


The Bedlam House was the bachelor officers' quarters and no prizes for guessing how it got its name. You can see the cavalry barracks, all equipped, and have a drink at the sutler's. When I was there it was far from crowded and it was pleasant to stroll around the grounds and examine the buildings. You can't always imagine the past in these tourist sites but at Fort Laramie you just about can. 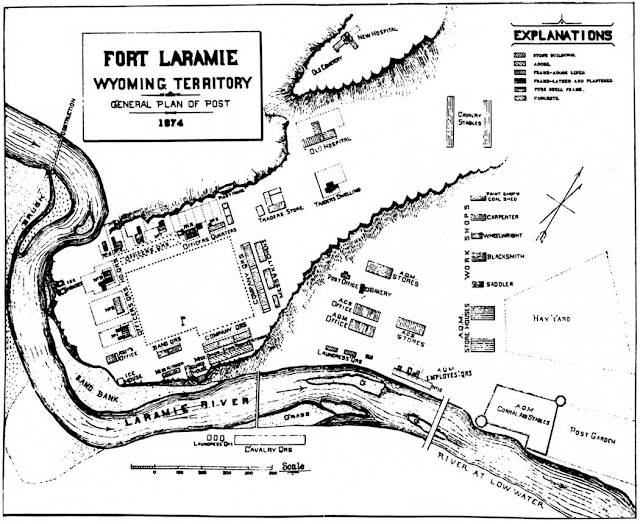 It's well run and cared for by the National Park Service. They have ‘docents’, volunteers who dress up and tell you what their life is like as a Mormon settler or cavalry officer’s wife. A bit cheesy but good for the kids.


Worth a visit, pards.