He wants to get his hands on 51% of Jean Simmons. 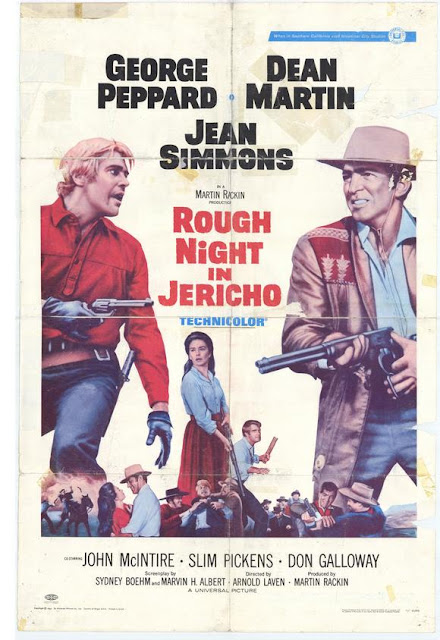 Such a nice man, Dean Martin still played an excellent bad guy. Here he is a lawman gone bad who owns the town of Jericho, or 51% of it anyway. He wants to get his hands on the stage line too, and on at least 51% of its owner, Jean Simmons, but she won’t play, partly because she’s sassy and independent and says damn and drinks whiskey, and partly because George Peppard was at his handsomest in 1967. He looked great in his gambler’s frock coat, even if his coiffure was rather Alan Laddish. Jean wasn’t going to fall for Dean with George around.

Dean is backed up by various heavies, including the sadistic Slim Pickens, who is real mean with a whip, but George has a far stronger team because John McIntire is on it, as crusty ex-marshal Ben Hickman. Perhaps he was the brother of Morg Hickman from The Tin Star. He’s great, as always.

This is a standard 60s Western, nothing really outstanding about it apart from the acting. Based on the Marvin H Albert novel The Man in Black, with TV and low-budget movie director Arnold Laven behind the camera, it was photographed by Russell Metty and the music was by Don Costa, so the production crew wasn’t exactly stellar. Furthermore, most of it was shot on a studio set (though when they finally do get out, the Kanab, Utah locations are very nice) and it is quite static. There’s a fashionable 60s amount of blood (though it still registered only about 4.5 on the Peckinpah Scale).

But the movie has its points and when McIntire, Peppard and Simmons get together to take the town away from Dean, it’s actionful and it rattles along at the pace of a good six-up stage. Some of the cowed townsmen rediscover their courage and join up, and dynamite and sixguns do the rest. The plot isn’t exactly new, far from it, but the writing is decent and the acting is above average so the movie works.

As so often, honors go to John McIntire, one of the great stalwarts of Western acting. In this movie he was just turned 60 but in fact he looked just turned 60 in every single Western he was in.

A two-revolver Western which is still worth a look, pards, and maybe I should have awarded three. I was tempted.


This post has now been revised and updated. Please click here for the new one.
Thanks.
Jeff 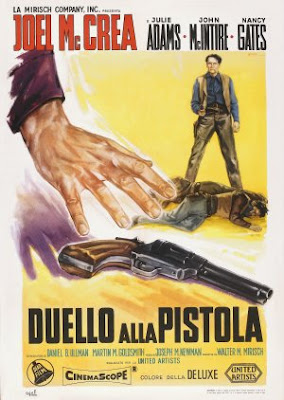 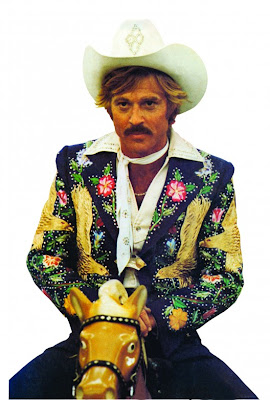 Posted by Jeff Arnold's West at 8:36 PM No comments: 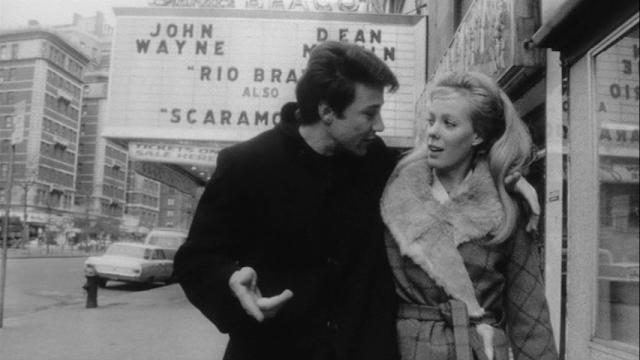 Watching an early Martin Scorsese film yesterday, Who's That Knocking at My Door, 1967, I jotted down this opinion delivered by Harvey Keitel as JR:

"Everybody should like Westerns. It'd solve everybody's problems if they liked Westerns."

There you are. Straight from the horse's mouth.

Posted by Jeff Arnold's West at 8:59 PM No comments: 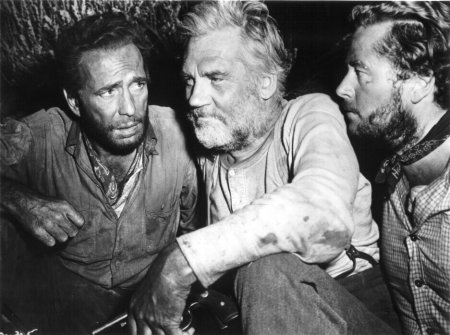 Posted by Jeff Arnold's West at 1:47 PM No comments: